Ever since I got into the coaching profession, I was always taught that there are two types of successful offenses, one that is heavy pre-snap, or heavy post-snap. I believe that it is very difficult to fall somewhere in the middle and win consistently. “Heavy” is implying the amount of content that the coordinator will carry for the players to execute. This is not saying which way is better, but rather looking at the benefits we have seen over time using a pre-snap heavy version.

Two things that must be determined when building any offense: What do my players do best, and what do we need to do to win our league? From there, we will start building the system from the ground up. We separate our offensive package into three sections: structure, runs, and passes. Our structure column in our offense will always be the part which is the largest. The structure section of our offense consists of our personnel, tempos, formations, formation tags, movements, and motions. The idea of this section being the largest is that we can get into any look possible to run our base plays.

Being a defensive guy while playing in college, I was able to see firsthand what gave us fits as a group. The teams that were able to line up in different ways, and then shift, motion, etc., took away the amount of reps during the week we got to see each play run. When you have to go through a 20-minute movement period at practice to make sure everyone is aligning correctly, it can begin to make you overthink on certain instances, making it difficult to win.

This is what originally got my mind turning for what a successful offense can begin to look like. I was very lucky to learn from one of the best offensive coaches in the country, Matt Drinkall, who is currently the tight ends coach at Army. His way of thinking and problem solving opened my eyes early to show what really mattered to make your plan fit. As a young coach, it is very easy to get caught up in wanting to always do more. It was made clear to me early that the plays aren’t what make the offense, but the fit into the system and the execution from the players.

The main thought was to build a system simple enough for players where they rep and execute plays fast without having to overthink, while making it difficult for the defense to prepare. We want to get extremely good at our primary plays, and have the opportunity to rep these to perfection against any look we may see.

Our goal is to have a smaller selection of plays that are going to be very useful in all situations. We should be able to run every one of our plays out of every personnel grouping, formation, and for every situation. Teaching all of our plays as concepts rather than specific plays allows us to build our system as an entire unit, rather than just knowing your specific job per play. This gives our guys a better understanding and a “why” we do things, and in turn makes us more flexible as a group, ensuring our best 11 players are on the field.

My job as a play caller is never to outsmart the opposing coordinator because he most likely has an answer on a board to everything that we could throw at him. Now, if I can make a 19-year-old player make the wrong call or adjustment in the game, then it could cause coverage busts, someone out of their gap, and help us win.

To line up to a formation, there are 11 decisions that have to be made, and then every time you move, another 11 have to be made. Doing this every play is not what makes you hard to defend, but rather having the potential to do so. I want to stress the defense mentally on every play, and then with different tempos, be able to stress them physically.

With the system being built in this fashion, we now get to rep and perfect only a handful of plays, while the defense has to prepare for all the different looks we have shown to that point. We now focus the majority of the process on ourselves, rather than our opponents. We want to maximize our teaching until we get it exactly how we want it to look.

As an offensive staff, we set up a drill bank before the season starts. We lay out what each position needs to be good at in order for them to be successful in our offense. From there, we then are able to build drills around each one of these techniques, and check them off during the week after we go through them.

Again, this allows us to really focus on ourselves and understanding every nuance of what you need to do to win your reps in the game. There is a finite amount of reps that you run in the season, and that you get at practice, so you want to make sure you make them count.

Go through what you ran the year before and see how many times you ran each concept. If there is something you only ran 3-5 times, it is probably not worth wasting practice reps on
it over an 11-game season. The goal behind all of this is to make sure that there are as few negative plays and “zeros” as possible. There will be times they happen, but we can control any of the self-inflicted mistakes that result in negative plays. Gather as much quantifiable data as possible to find out what your players are good at.

My job as the coordinator is to make us look as complex as possible to the defense, showing the ability to get into many different looks. This allows us to find what is the best possible situation (formation, matchup, etc.) for our players to execute every week, and make it easier to win.

One major thing that we hang our hat on is the ability to cater our game plan to our players. Adding new plays that we haven’t repped before does not instill confidence in your athletes. Being able to build your game plan off of the best looks for each play/ situation, you then can implement your complements off of that.

The combination of the simplicity to the players, along with the flexibility we give them alignment wise, can make every single play we run look different in some fashion. The amount of flexibility you can give to your players all comes down to how well they can master the playbook first, and then being able to use this as a weapon for them. We want to use every resource that is available as coaches to put our players in the best position to be successful. Limiting the amount of variables will allow them to be faster and more confident.

These are a few examples of our base spacing concept in our offense. As you can see in Diagrams 1-4, we can get different people in different matchups and areas on the field, while continuing to run the same concept. Learning this helps our players understand where each person needs to be in the concept, and provides an easier overlap from position to position, making it possible to win. 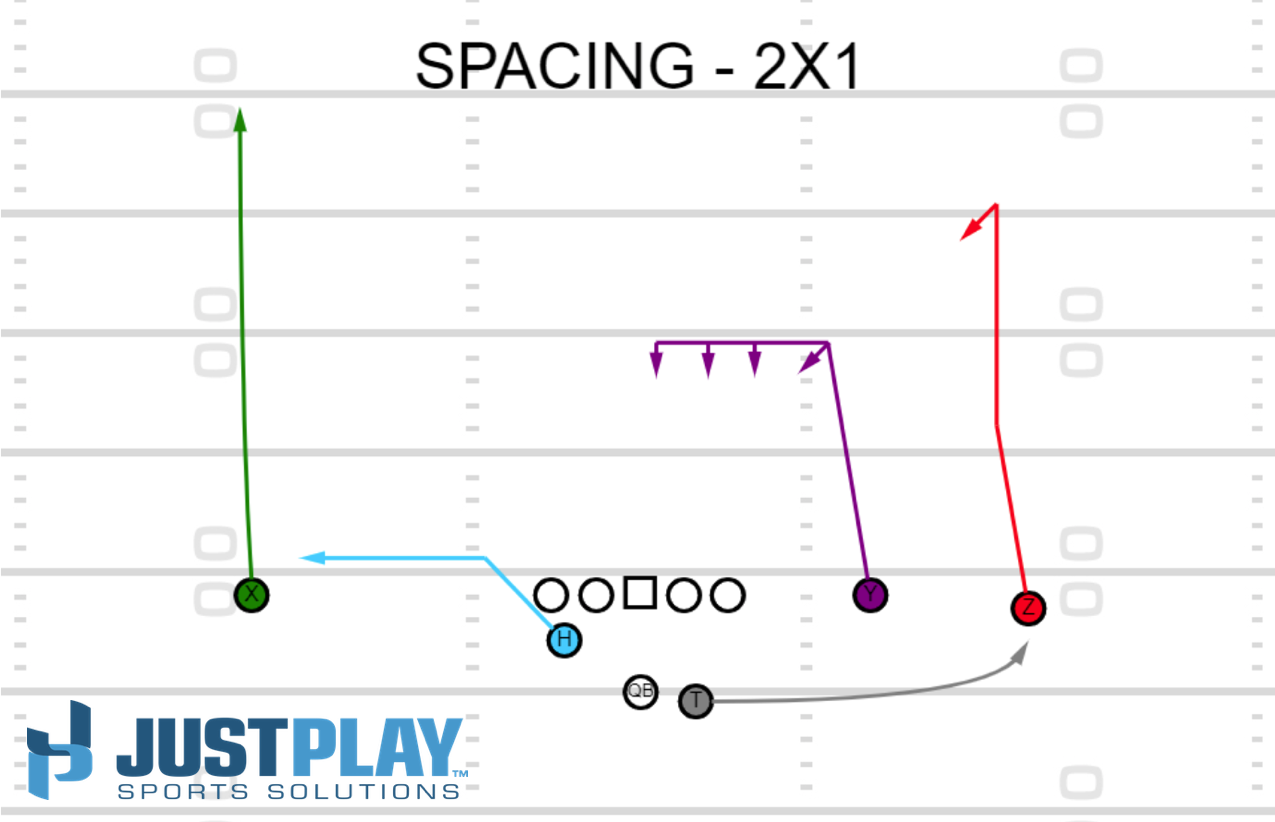 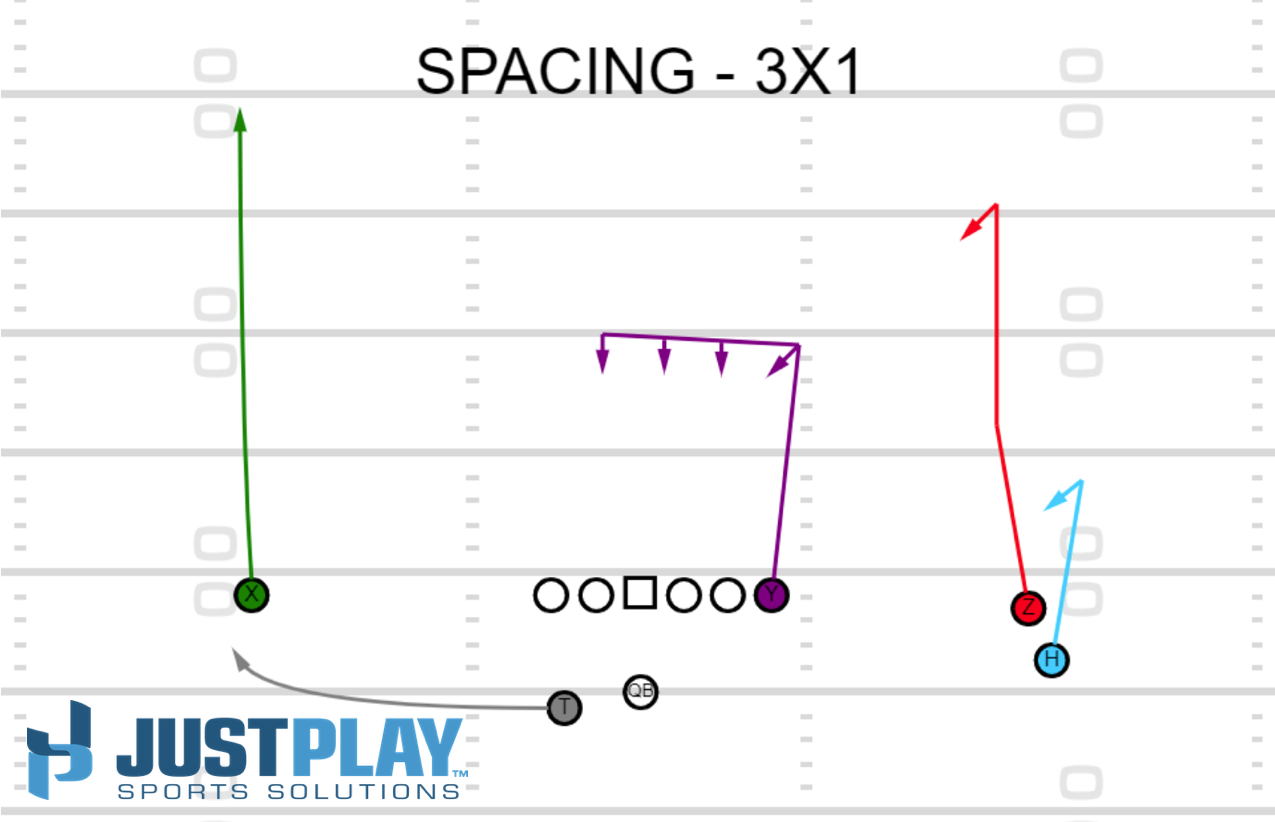 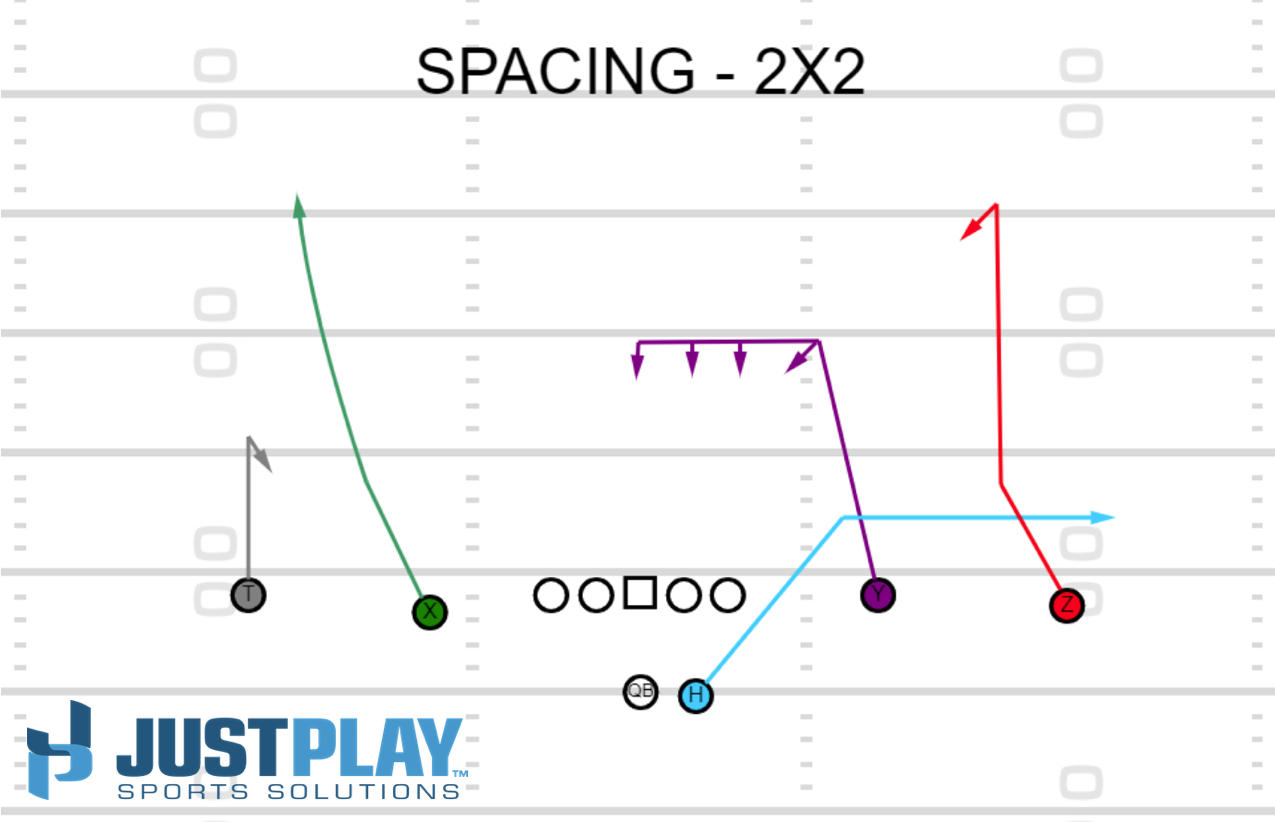 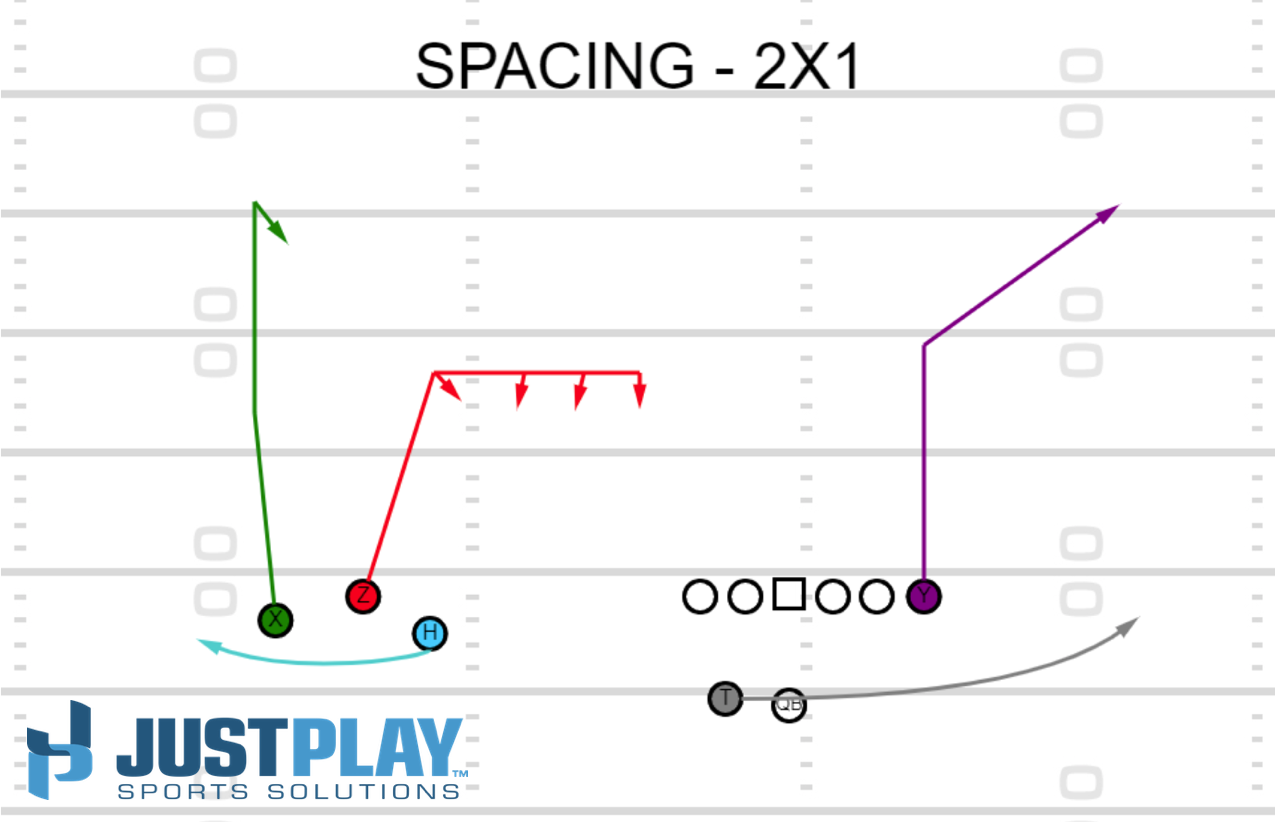 Quarterbacks will always use the stoplight progression (green, yellow, red) as far as where to start his eyes. The blue route will always be paired with the green as far as his “zero” read and his first read. We use the term “zero” as his pre-snap picture read, and then being able to quickly determine where his eyes transition to.

The ability to run these out of every formation also gives us the flexibility to motion and move bodies around before the snap to get us into the best matchups possible. This will cause different adjustments and looks for the defense, all for us to run our first pass play we install.

The same idea behind the spacing concept is shown here for our basic zone read concept. We build the concept inside out, which allows us to change what is going on with the skill players by formation or motion.

Our offensive line gets to rep the same play multiple times, and to the defense, it will look like a different play. This is also very beneficial because it can be another good way to get
the ball distributed onto the edge by changing the RPOs or who is blocking for the quarterback out of the backfield.

So we have the ability to line up in any formation, shift, or motion to get to any look to be able to rep the same play, with our same perimeter rules.

My goal is for any coaches or players who talk with our staff to leave the conversation saying that “no one does it simpler than those guys do.”

This includes everything from how we package the offense together, to the terminology, and even how we breakdown opponents and ourselves. It’s not the knowledge of our staff that will win games, but the ability to build something that allows the players to comprehend and execute at the highest level.

At the end of the day, the games are won by the players on the field. Our job is to get our players in the best position physically and mentally to do their job. I am and always will be a believer in simplicity wins, so building an offense in this manner gives you total control of how complex you want to make it look going into each week. 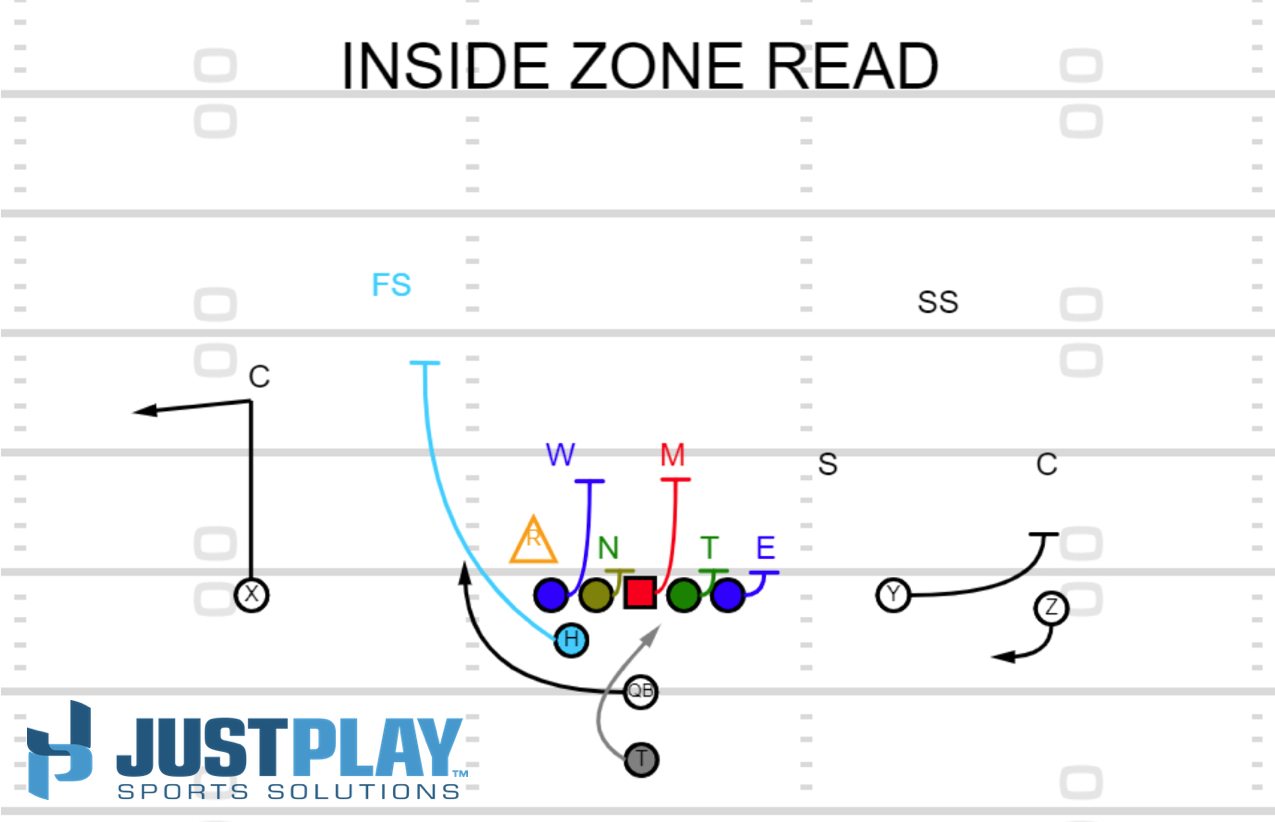 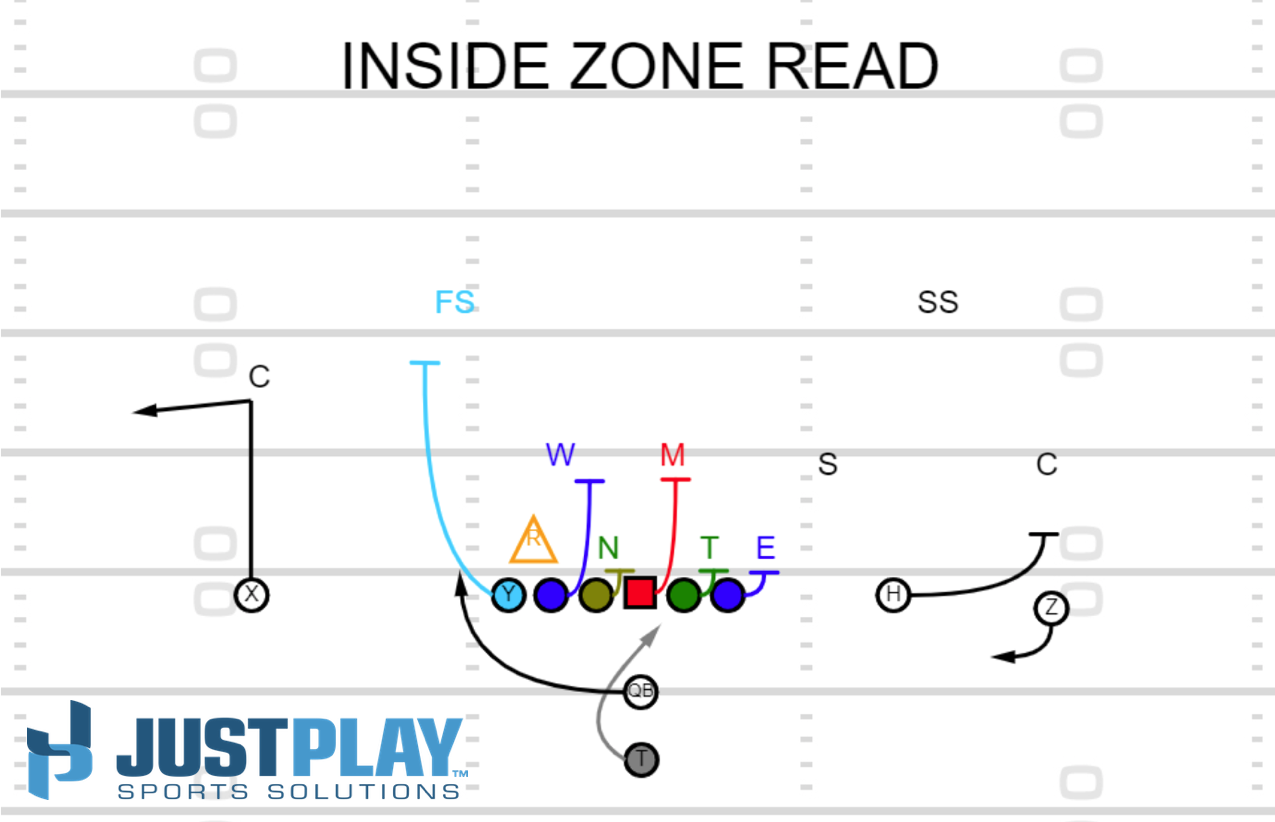 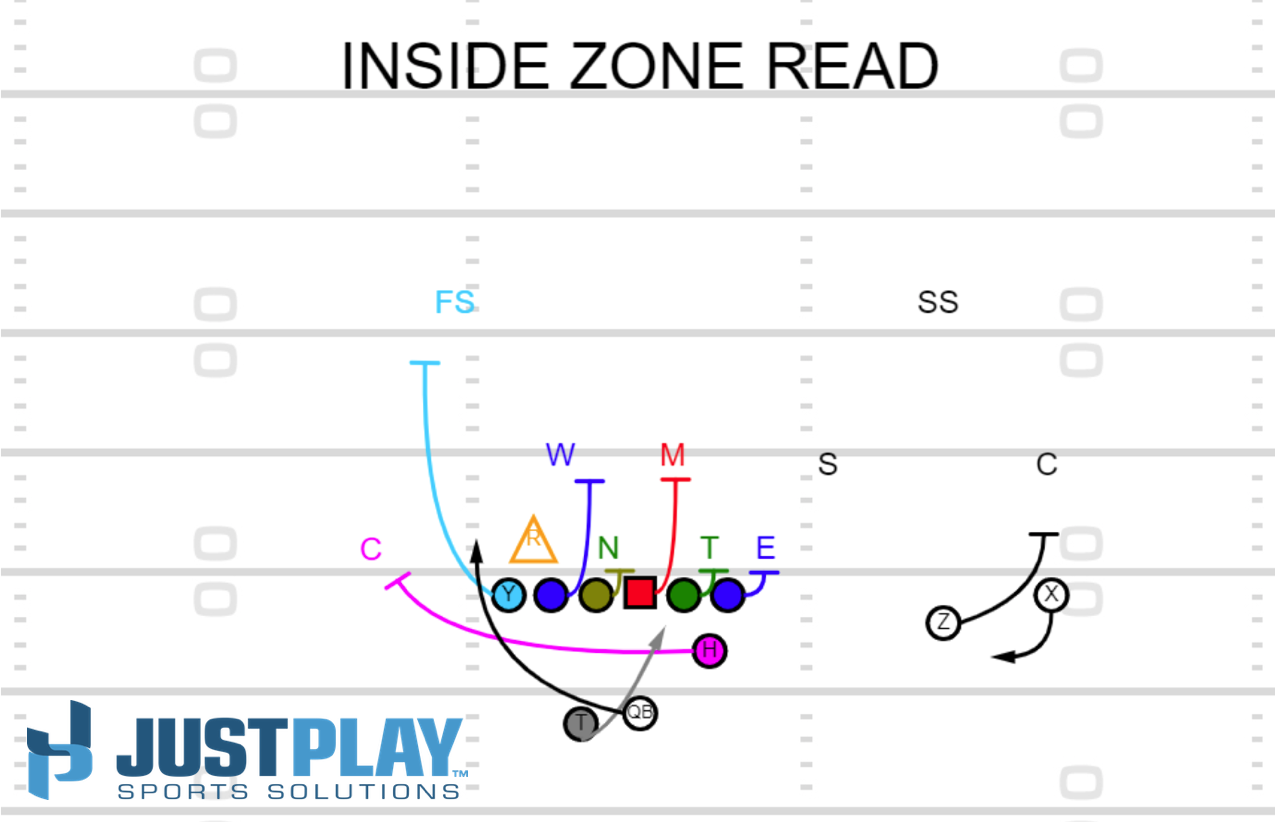 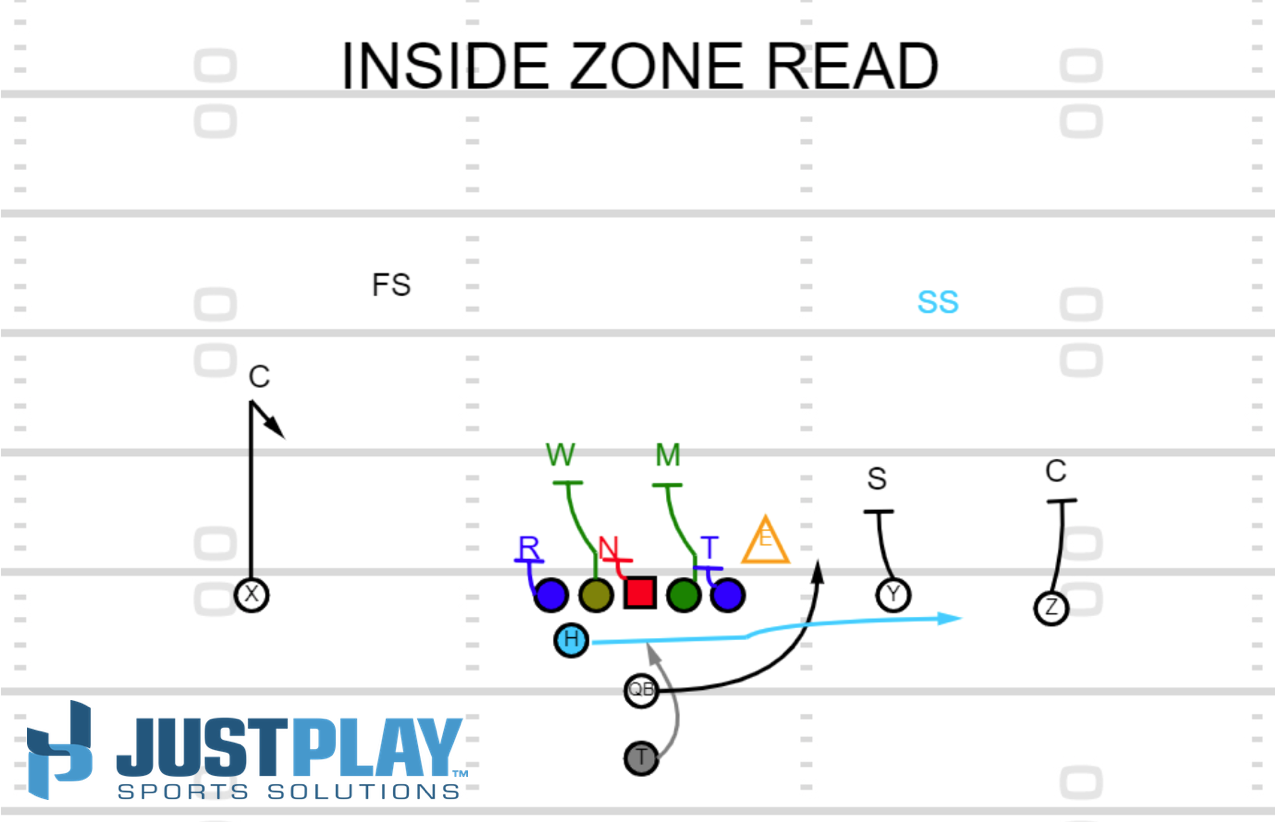 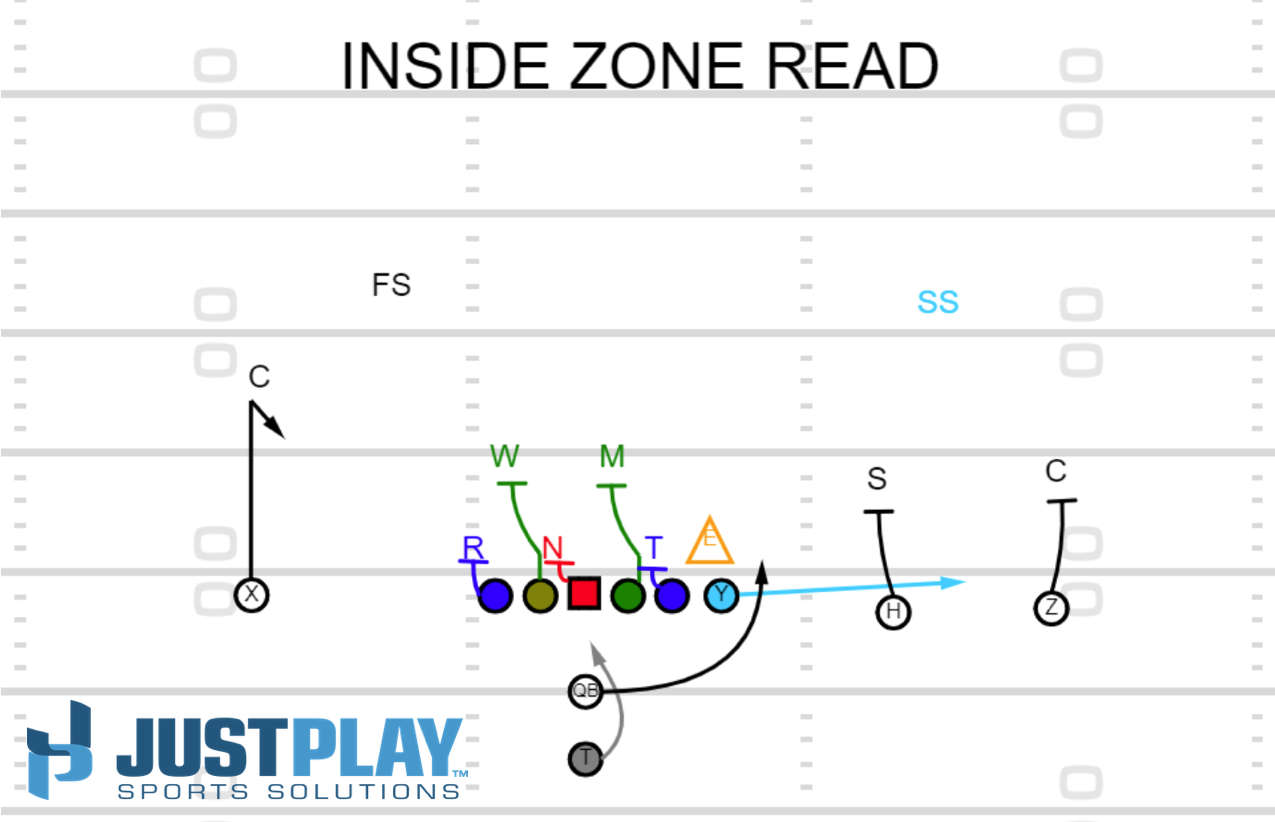 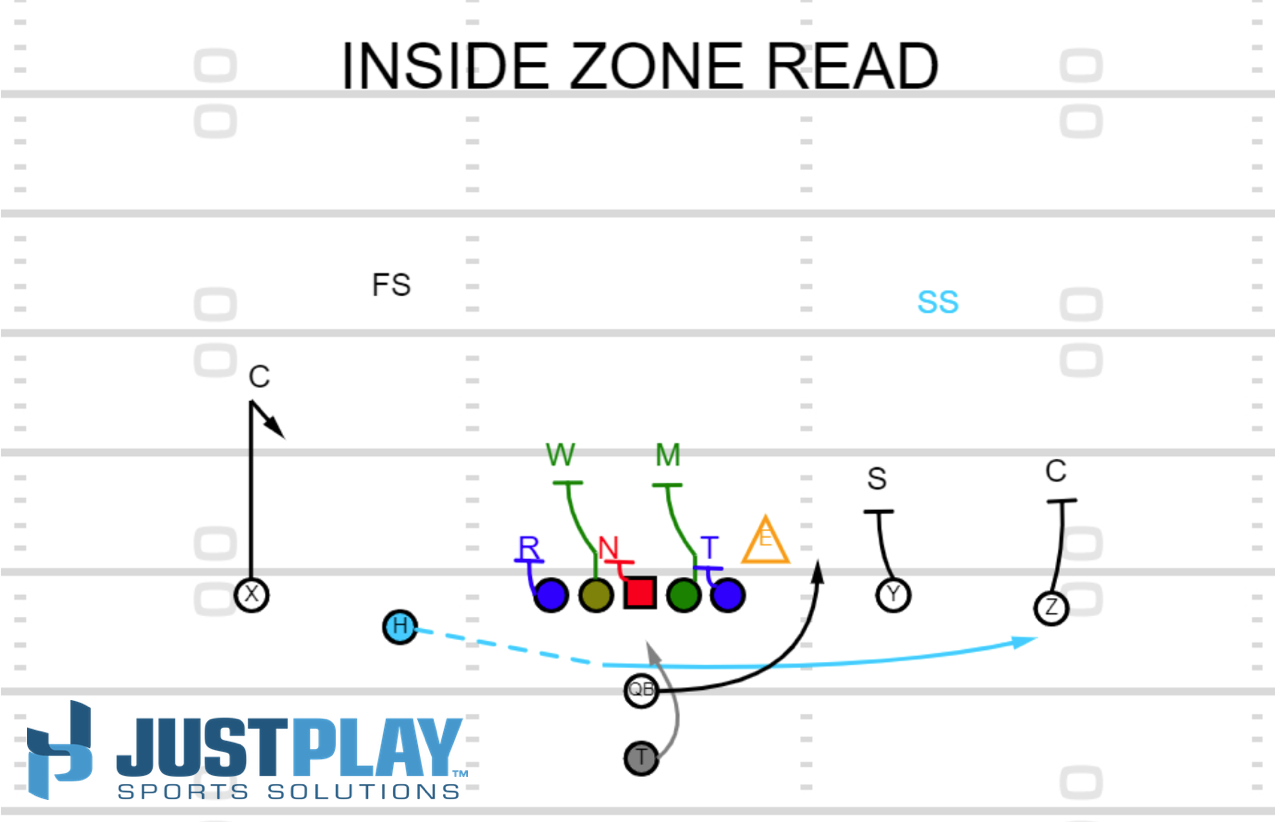