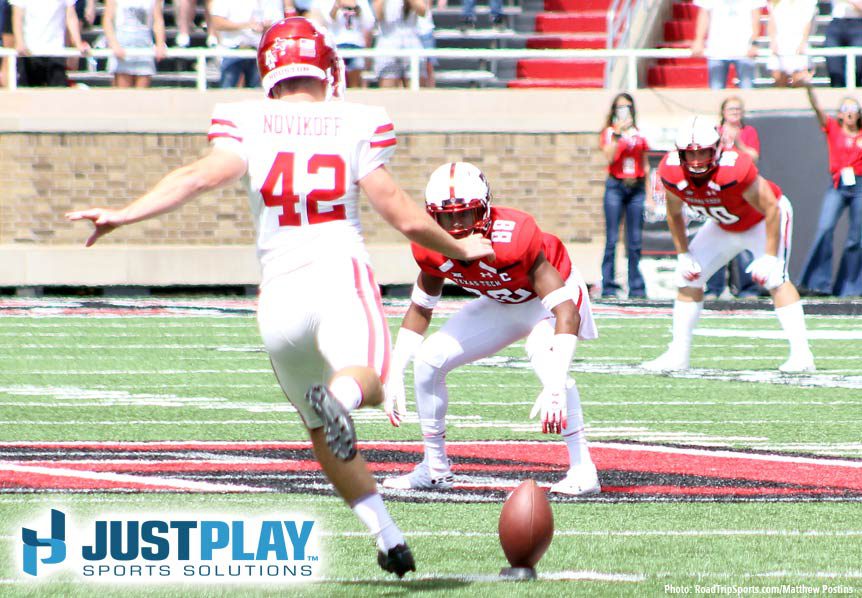 On the first day of our spring phase, our special team periods are dedicated to competitive drills with very little technical instruction. This allows us to set the tone early on that we are looking for guys who give exceptional effort and don’t give up on plays.

Very few special team plays are won or lost at first contact, they are a constant fight to the finish and on average are the longest lasting plays in the game.

On day two of the spring we will begin introducing our individual skills based on each special unit. Most of these drills include no more than 2-4 athletes going at a time, with the majority of drills starting on air, transitioning to a 1 vs. 1 teaching situation, and finally a 1 vs. 1 competitive situation.

We will teach the skills in a progressive manner, from the first action of the play to the last, and through the spring into summer phases we will combine the skills until we have put together everything we need for that unit to be successful. Here are several of our special teams kickoff drills and progressions.

Execution: Simulated kickoff (no ball), kickers sprint down after kick steps. Players take off once the kicker crosses their face. Players will stay down and will flip the drill.

Coaching: Effort and competition, taking note of who wins each “heat” – will start to matchup the fastest players together. Setup: 5 lines of players starting at the bottom of the numbers. 5 players with pop-bags standing in the middle of the field facing the players on the line. Cones set up on the far hash and same line as the players.

Execution: On command, first group will sprint “all out” until 5 yards away from the middle of field. They will then “avoid” the player with the bag without breaking stride, and get back on their line/in their lane as quickly as possible. Execution: Gunners will attack blockers head on. Come to balance 1yd in front. Strike with hands inside, thumbs up, elbows bent. Eyes always on ball and feet moving. Once the returner commits running one way, Gunner sheds blocker by throwing in the opposite direction of the ball. Ball goes left – shed blocker right. Keep ball on inside shoulder and come to balance at the ball with outside leg forward (“Staggered Chop”). Setup: Gunners and blockers line up side-by-side on the +35. Returners line up on the +5.

Execution: Gunners will run towards returners while blockers stay engaged. Once returner changes direction, Gunner will use escape move. “Plant and Push” returner goes to the same side the Gunner is on. Use inside arm pressure to push the blocker away while planting off inside leg. “Throw by” returner goes away from Gunner. Put inside arm behind the blocker and throw him forward as Gunner cuts behind to attack the ball. Come to balance with near leg forward (Stagger Chop).

Coaching: Fight pressure with pressure. Be violent. Get to the ball.d Setup: Returner starts on +5 yard Line – Can be anywhere from numbers to numbers. Gunners start line up on -40.

Execution: Live kick but returner will start with ball. Gunners take off when ball is kicked, and returner can go once kick hits the ground. Once the returner changes direction, gunners adjust pursuit angles without overcommitting and allowing reverse lane. Gunners must keep ball on inside shoulder. All gunners must tag off on returner.

Coaching: Effort. Maintain lanes as long as possible. Keep ball inside. Come to balance at the ball – force to your help. Execution: On command, Gunners will sprint in their lanes towards the coach. When Gunners get to the +25, coach will point left or right, and Gunners must quickly stop their momentum and angle towards the cones on the appropriate side. Cones are not “assigned,” faster players must angle to cut off the ball as early as possible and slower players must adjust and angle to cones further back, if need be.

Progressions: Stationary cones. Returner running up sideline that Gunners must tag off on.