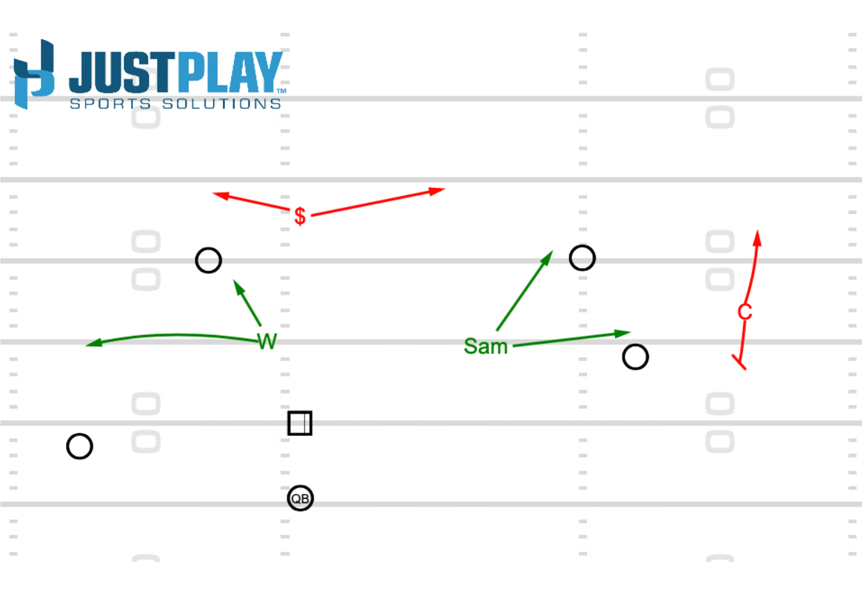 Our focus for these Slide Concept Read Drills is to cut the field in half and give the quarterback a clear picture of what he will be reading to one side. After we drill both sides, we will combine both drills so he can execute the play with all reads involved. The receivers will begin at the break of their routes. They will wait for the quarterback to finish his drop and then finish their routes. 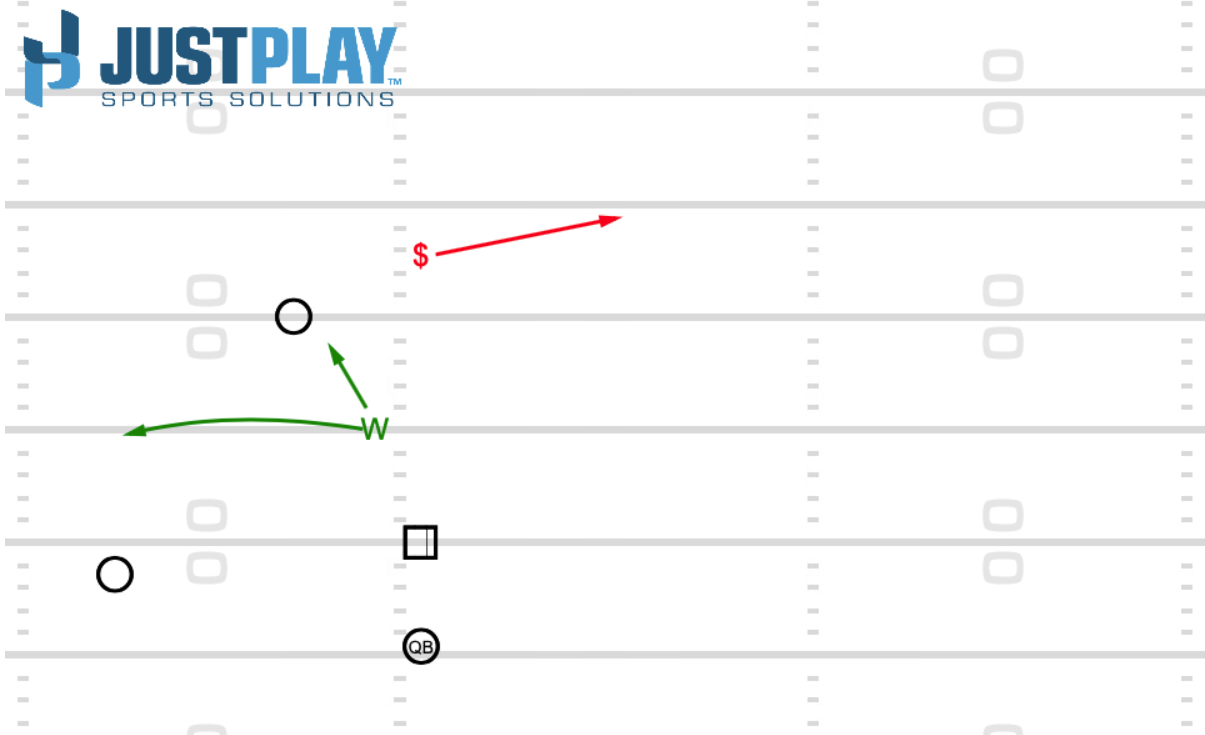 For example, the bang route will be on his seventh step; when the quarterback is finishing his drop, the receiver will finish his route with his shoulders back to the quarterback at a good tempo. This Bang Read Drill makes it hard for the receivers to go full speed, but they will execute the drill with a good tempo. We use scout team players, managers or specialists for the defenders. The defenders are able to move one of the two directions when the ball is snapped. This allows the quarterback to react to the defense to make the correct read.

We are cutting the field in half to read the boundary. The quarterback will read the boundary safety and then the “W.” He will take three steps and either anchor to throw the bang route or hitch and throw the swing depending on what the “W” decides. The receivers will start at the break of their route and finish the route with a good tempo. 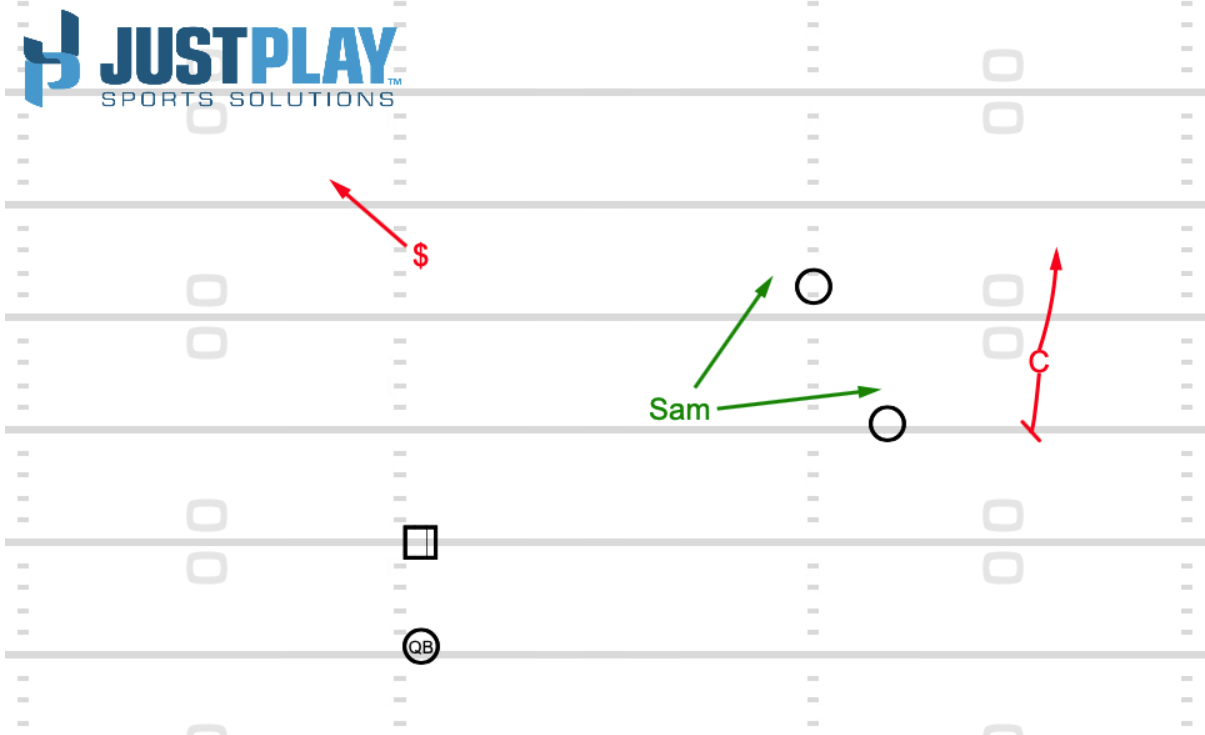 For the Slide Read Drill, we are cutting the field in half to read the field. The read is the same for the quarterback. He will read the boundary safety and then find the “Sam.” The quarterback needs to be aware of a hard corner to the field after reading the “Sam.” This is something that is hard to do in any route concept. The drill makes the read easier for game decisions.

The receivers will start at the break of their routes and finish the routes with a good tempo. Depending on how many scout players, managers and specialists are available, we are able to use the whole field to have both Bang Read Drill and Slide Read Drill working at the same time with two quarterbacks. 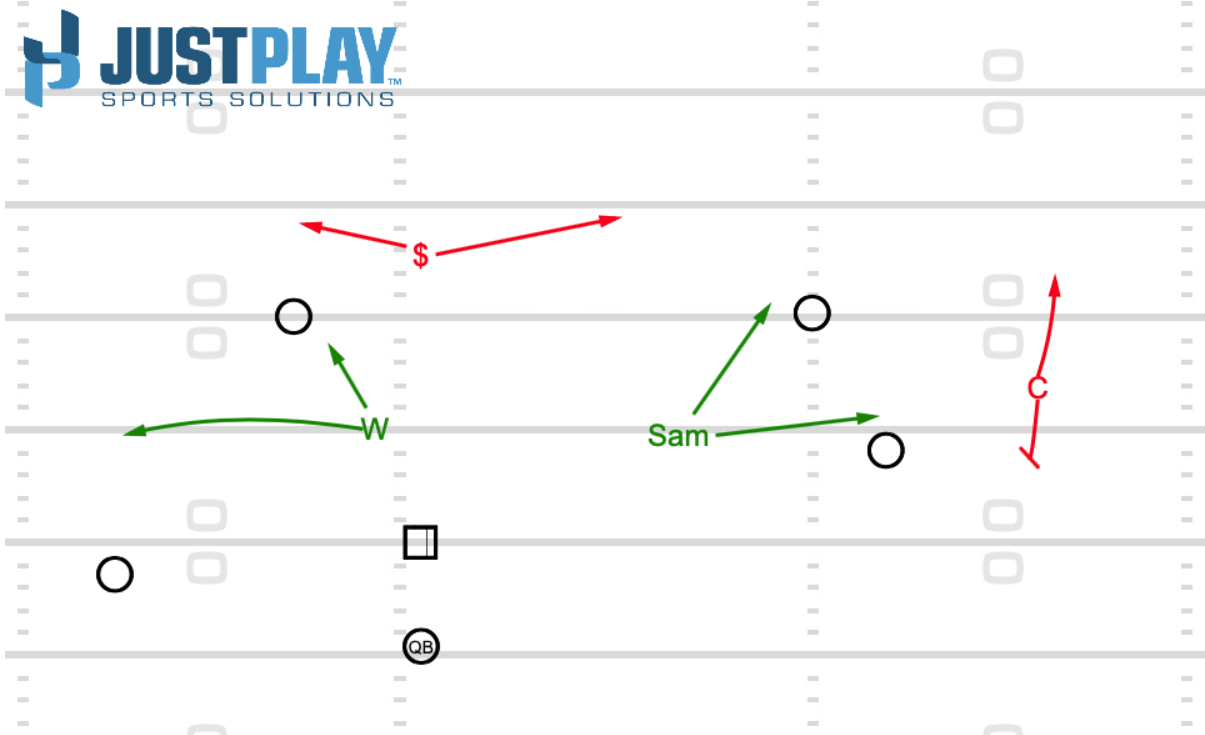 We use only one quarterback for the Full Field Read Drill. This drill stitches the reads together, so the quarterback can go through the reads without any problems during a game. The defenders still have one of two directions they can choose. The quarterback will go through his reads and make his decisions based on where the defenders cover. The receivers remain the same.

This article was written by Casey Gillin, Offensive Coordinator/Quarterbacks Coach, University of Indianapolis.