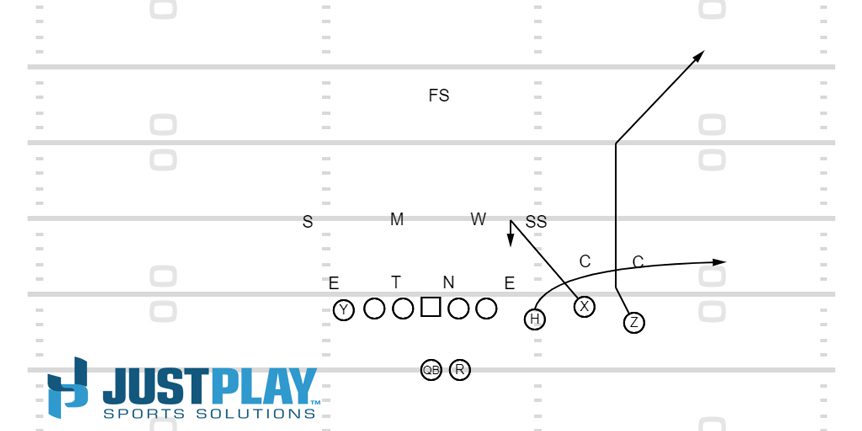 An inside receiver (Z) runs a corner route. The H-back runs a shoot or similar route toward the sideline. The X runs 5 yards to his spot and turns. Combined, these three routes stretch the defense horizontally and vertically.