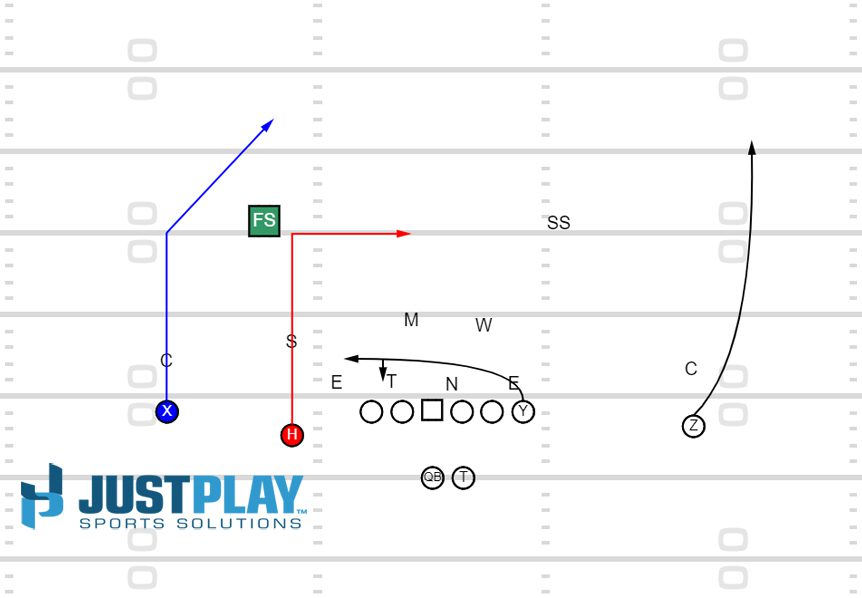 The “Mills” concept comes from a passing-game scheme originally made famous by Steve Spurrier when he coached at the University of Florida. The concept is now widely used in both the NFL and NCAA.

The concept combines a outside-receiver post route and a dig route from an inside receiver on the same side of a formation. These days, the Mills concept is generally used to attack Cover 4, but many coaches use it to also attack single-high safety coverage.

Mills is designed to lure the safety into overplaying the dig, which opens the middle of the field behind him, thus springing the post route.