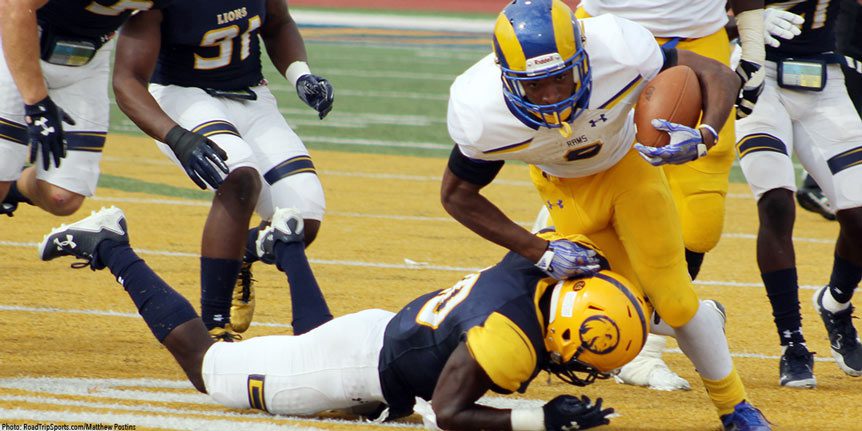 If it’s said that we hang our hat on one running play, that play would most definitely be the Power.

Last season, we called the Power 231 times for a 4-yard average, which in our world great. Below, I’ll outline the Power and some of its variations.

Now I know what you’re thinking. You’re reading this article and thinking: “Sheesh, I already know how to run the Power, Coach Monroe.”

Well, that’s great, but how many ways can your guys execute a play like “Power” and still be effective time-and-again? Execution every, single time – and getting inside the defensive players heads because your offense is so good at running the Power – that it forces them to start cheating with anticipation?

When that occurs, that’s when the fun begins, because it opens things up for variations and option pass plays off Power. That was where we made our money in the “Gold-Rush Offense.”

Power Slip is a variation of our Power Play. It’s essentially the same, exact look and feel of “Power,” only the difference here is that the fullback slips the end man on the line of scrimmage (EMOL) and blocks the defender who has responsibility for the flat.

The Quarterback reads the EMOL, goes upfield and either gives it and/or carries out the fake. He closes space or shoulders turn = pull.

If we call “Power Slug” it essentially means that we are running what we call an “Under/Over Route” where our No. 2 receiver goes under the apex defender and over the top of the play-side linebacker at about 7-yards deep.