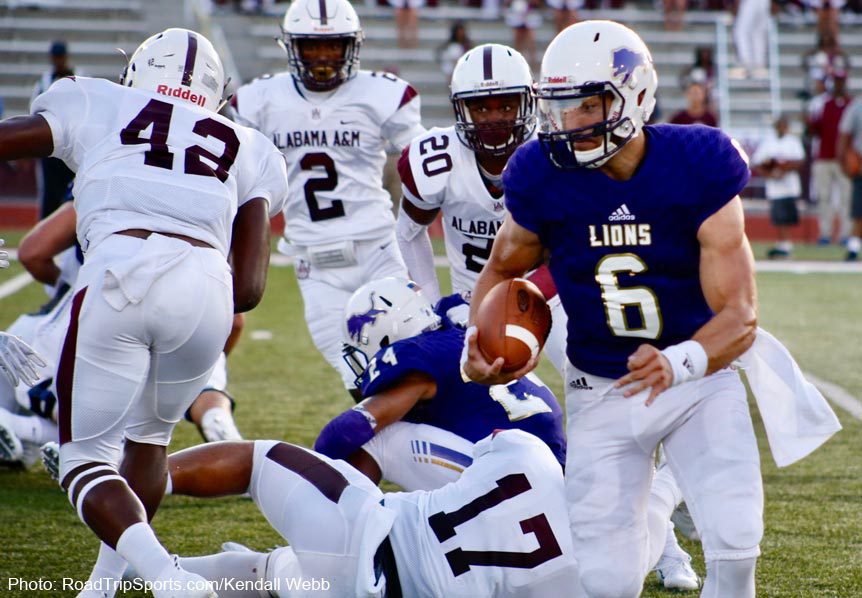 I would like to write about the inside zone read and mention a few little things you can do off the basic zone to help make this play a bit more productive.

First, let’s talk about the offensive line alignment. All zone plays that I know of are blocked by the zone or area principle. The line is blocking an area and not a specific man. That is about as simple as it gets. At the point of attack, two players are blocking a down lineman, with one coming off on a linebacker. This combo block in most cases with the inside zone happens with the one, two or three defensive technique. The first step with the center and both guards is a wedge (45 degree) step, and the second step is a 90 degree step. We call this a wedge/90 step.

By the time contact is made, the play side block is a 2-on-1 block. I do not like to use the term “double team” because it is not a double team block. One of the linemen must come off with shoulders square (parallel to the line of scrimmage) and get their chest and both hands on the linebacker. This has to be done only after one of them has complete control of the defensive down lineman. Wedge/90, wedge/90, wedge/90, this has to be practiced over and over. When drilling this, do not practice only with stationary linemen, but moving linemen as well.

One of the little wrinkles we like to install is by adjusting our splits with our inside guards and center. We like tight 6-inch splits to allow our combo blocks to have a chance and to keep our linemen from over-striding at the point of attack. Our running back’s track is at the split of the onside guard’s legs with his eyes focused on the lane, but looking for a cut-back opening. We do not want to bounce this play outside if we can help it. Our splits between the tackles and guards and tight end and tackles are 3-foot splits creating more running space and area for our other running plays.

Our backside tackle wedge-steps and looks second level. If he blocks down on a 2 or 3 technique, he cuts that man and must knock him off his feet.

Our H-back runs the bubble screen on all zone plays away. He aligns half the distance between the X receiver and the tackle. At the snap of the ball, he takes a bucket step and gets outside as fast as he can. The H-back has to make sure he is behind the line of scrimmage until he gets to the area where the X lined up. At that point, he begins to square his shoulders and move up field. The X receiver runs a take-off going outside of the corner, if possible.

The most important aspect of course is the idea of establishing the run first. If we can get 3 yards on the run, then our whole package will work. This package is a lot of fun and gives you four plays off of one call. Once you get good at it, other wrinkles can come into play like the tight end shovel pass off the zone read. Have fun with it and good luck in the fall.