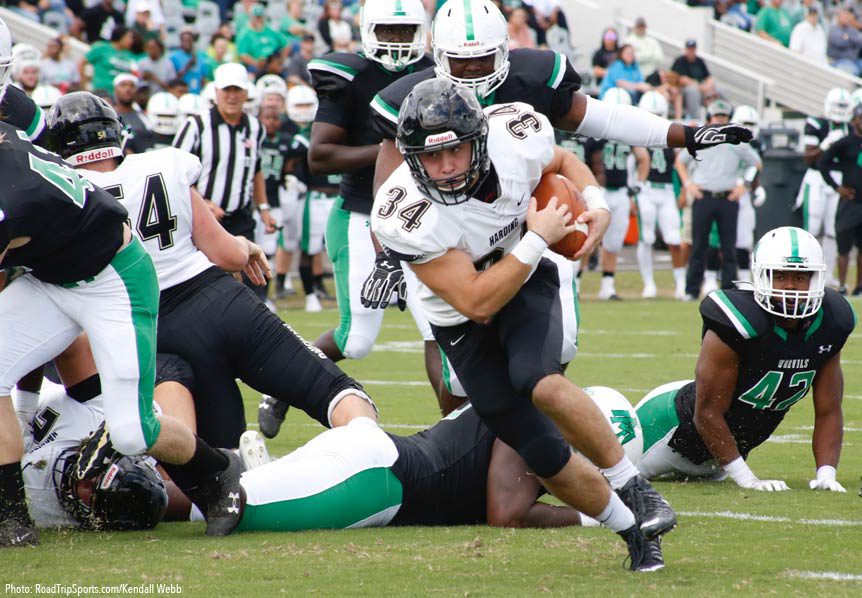 In an era of shotgun, no-huddle, spread offense, those who have written the eulogy for running the football from the Wing-T may have been premature. If you’re paying attention, you’ll find plenty of examples of coaches who have stuck to their own tried-and-true strategies and found success.

Ken Krause, head football coach at Muskego (Wis.) High School is a prime example. Coming off an undefeated 14-0 season, capped off by winning the Division I (large-school enrollment) WIAA 2018 State Championship, the Warriors’ head coach found the formula to his team’s success came via the Wing-T Offense.

Through 14 games in 2018, Krause’s Muskego team rushed for 4,752 yards (a 339 yards per game average) with 60 rushing touchdowns and averaged 40 points per game, all while playing in arguably the toughest conference (the Classic 8) in Wisconsin.

Krause doesn’t see himself as a throwback. Rather, he sees his success as being a matter of focusing on an offensive system he believes in – one predicated on physical football.

“I played in the Wing-T Offense back in high school,” says Krause. “Years later, when I became a head football coach, I felt comfortable running that offense. Over the years, I made it a priority to learn the intricacies, nuances and twists to the offense, so I immersed myself in it. I flew to Wing-T clinics all over the country and spent time talking to other Wing-T coaches to learn what they were doing.”

At Muskego High School, the coach says that the body types and the mentality of the student-athletes are a perfect match for his style of play.

“Players at Muskego are big, strong, physical and tough,” says Krause. “Those attributes fit well into my vision for the Wing-T Offense.”

The success of up-tempo spread offense isn’t an accident, though. Predicated on offensive balance, mismatches and keeping opposing defenses on their heels, the spread has proven to be the next step in explosive offensive football.

According to Krause, though, the widespread growth of the spread  offense has actually turned into an advantage when it comes to running his Wing-T Offense.

“Everybody is running a spread offense these days,” says Krause. “Our Wing-T Offense gives us a huge advantage over opponents, primarily, because teams never face it anymore. They’re not familiar with it and never practice to defend it.

“All year long, nearly every team prepares each week to face a spread team. And when it comes time to play us, suddenly they need to prepare for an offensive style of football that’s foreign to most players.

“Especially with the way we mix things up – lining up with one or two tight ends, the way we use fakes, deception and our wide-array of counter plays – they’re all something that other high school teams just don’t prepare for these days.

“In one week, it’s hard for a high school team to adequately prepare for an intricate Wing-T Offense that’s physical and aggressive. Maybe the only time all year they’ll see a Wing-T.”

Krause, who’s teams have a 46-15 record over the past five seasons, says that it’s not a matter of spread offense being better than a Wing-T Offense, or vice-versa, but rather, it’s utilizing a system that works best for your team.

“Any type of football offense works — no matter what style of play,” says Krause. “But you need to immerse yourself in a system that you believe in.”

“Teams who are good at running the football, also often have good defenses,” says Krause. “By playing physical, aggressive football, and utilizing a successful run game, good defense often becomes a byproduct of that style of play.

“It’s not a coincidence that the two are often linked. There’s a physical component to football that breeds success in both the running game and defense.”

Teams who successfully run the football also often have fewer turnovers. This is a fact that cannot be overstated, says Krause.

“In 2018, despite a large number of rushing attempts in our Wing-T Offense, our four primary running backs only had three fumbles in 450 rushing attempts combined,” says Krause. “We only had five turnovers total in 14 games.

“If you’re going to run the football, then as a team, you’d better not fumble. As a result, we work on our fumble circuit to begin practice every, single day. And that includes our Thursday walk-through practices. Preventing turnovers begins by emphasizing it every day.”

Krause says that it takes some time to perfect the nuances that make the Wing-T Offense special, but it begins and ends with fundamentals.

“As much as we need to prepare for whoever our next opponent might be,” Krause says. “We spend the majority of our practices working on the things that we need to do to execute the Wing-T.

“We focus on core fundamentals. Things like protecting the football, blocking with the correct first step, communicating the exact way to block a particular play, executing great fakes, working on our second-level blocks every day, all that kind of stuff — those things that may seem like minutia to others — to us, they are the key to our success.

“When you play great opponents who are well coached, it’s the details within the execution that help you overcome adversity and win close games.”