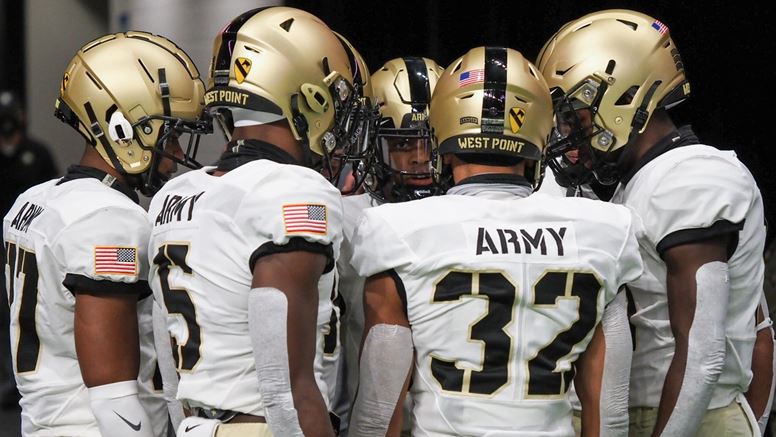 Winning a football game is hard; we all know this and have experienced how tough it is every season. Coaches are always looking for advantages, whether it helps one-percent or ten-percent. Any advantage should be taken into consideration. I believe that using analytics will give you an advantage. Even if you use only one of the recommendations presented below, you will give your team a better chance at winning football games.

Coaches that oppose analytics often say that they rely on their “gut”. Analytics takes out the ‘gut’ feeling that a coach uses to make difficult and quick decisions. Analytics is designed to put your team in the best position to win the game. It is by no means the absolutely correct decision to make.

RELATED ARTICLE: How To Revolutionize Defensive Game Planning With Analytics

You may have heard the term analytics thrown around and do not know how your team can start to use it. There are companies out there that will analyze your team and your weekly opponent to create a weekly analytics book full of situational charts. They take care of everything, so all you have to do is print the charts and place them in a binder. The book can be used on the field or in the booth, as long as whomever is reading the book can relay the information effectively.

Now, we work in an industry that is difficult to obtain a job in if you aren’t a former college football player, the son of a coach, or have been in the industry for many years. Coaching, recruiting, operations, strength; these are the options we have if we want to work in college football. What if you want to impact the game, but can’t get a job coaching or recruiting? Analytics allows for staff members to have direct communication with the head coach, which allows for key contributions toward winning football games.

First, you must develop a deep understanding for how the game works in regards to field position, penalties, clock management, timeouts, etc.

Who can do this:

I will discuss the following key decision points throughout the remainder of this article:

These sections of the book will allow your play caller to get a first down on four plays instead of three. If your offensive coordinator knows they are going for it on 4th and 4, then on 3rd and 7, he can call any play he believes can get his team three or more yards. Offenses no longer have to get all seven-yards on one play. It is comparable to when a team gets a 10 or 15-yard penalty on 2nd down. We have all heard announcers say, “get half of it here to make third down manageable.” It is important to statistically set up your team for an accomplishable 4th down number.

Think about how you feel when your team is on defense and you get a 3rd down stop. You’re thrilled and excited. Now, how do you feel when their offense stays on the field? You get a little nervous. The reward of stopping them is huge; it’s a turnover! The penalty of them converting is a feeling of loss and momentary defeat since they still have the opportunity to score points on the drive. The analytics will give you a distinct advantage to make your opponents experience this same feeling throughout the season.

Based off of your team’s offense versus your opponent’s defense, analytics books will contain charts that tell you what to do for every game situation.

The important thing to remember is that these are recommendations, but the numbers are only going to work for your team if you trust them, and you trust that your team can get the required yardage. When you have established that you are going to go for it on short offensive fourth downs, you build confidence in your team. Your players want to go for it more frequently, and they know that you believe in them to convert.

The usage of this section in the analytics book depends on how disciplined your team is. For example, if your opponent lines up offsides on first down but you gain eight-yards, making it 2nd and 2-to-go, do you decline the offsides penalty, which would result in a 2nd and 2, or do you accept the penalty, which would result in 1st and 5?  This chart, and an understanding of where you want to be offensively and defensively, can help you progress down the field or stop an opponent’s drive.

RELATED ARTICLE: The Truth Behind Why Field Position Matters Over Everything Else

This particular chart in the analytics book must be given attention every single play. Whether on offense or defense, whoever is using the book must be focused on down and distance, yards gained, type of penalty, and then be able to calculate if accepting or declining the penalty is the right option. Their eyes and mind must be glued onto this chart, not thinking about the post-game meal, or a defensive lineman loafing, or anything else. The time it takes to accept or decline a penalty allows for nothing else.

A heavily debated section of analytics is timeout usage because it deals with clock management. This phase of game day analytics has recently grown and given coaches and analytics staff members a lot more information concerning how to use timeouts. Below is a brief synopsis on how the analytics book will help you manage the clock better:

When using timeouts on defense, you are conserving the clock because you want to get the ball back to score. Either the game is tied, or you are down in the game. Either way, calling a timeout on defense is perpetual on the time left in the game.

A delayed knee is used when you need to burn a few extra seconds in between knees. Depending on how aggressive the defense is, the extra time burned off the clock can vary. This should be practiced every week to get the offense comfortable with this play.

Allowing a Touchdown on Defense

It seems opposite of what we all know about football, but there are situations where you must allow the other team to score if you want to win the game. Based on the time left in the game and your timeouts remaining, you must make decisions. Once you cannot stop the clock anymore and the opposing team can run the clock out, you must let them score. Even if this score puts you down two possessions, if they run the clock out, the game is over. If you are down two possessions, you get the ball back, score and try for an onside kick, giving yourself a chance.

Not Scoring a Touchdown on Offense

In certain situations, it helps you win the game if you do not score a touchdown. Some situations will allow an offensive player to break free for an easy touchdown, but if he gets the first down and goes down in bounds before the end zone, you can run the clock out by taking a knee. Why risk scoring and giving the ball back to the opposing team for a situation similar to the one mentioned above? You may never see the ball again, even if that score puts you up multiple scores.

All of these situations are laid out by analytics. Timing, field position, and score all matter in these situations. Analytics books have charts that lay out when to make what decision to put your team in the best position to win the game.

Trailing 15-points After Scoring a Touchdown

In this situation, you just scored a touchdown but still trail 15-points late in the game. You will see limited offensive possessions for the remainder of the game. The traditional thought process is to kick the extra point and then score two more touchdowns (including kicking those respective extra points), while preventing the opposing team from scoring, thus forcing overtime. Then you will need to score and/or get a defensive stop in overtime, making it seventeen unanswered points to win the game. That is a lot to ask both your offense and defense to do collectively with a very low percentage of success.

The analytics thought process is to attempt the 2-point conversion while down 15 points. The statistics show that most 2-point plays are converted 50% of the time. If you convert here, you are now down 13 points and can win the game in regulation with traditional extra points on your next two touchdowns. If you miss it here, statistically, you will convert the next 2-point conversion to get back on track to tie the game and force overtime.

This logic can also be applied to being down nine points late in the fourth quarter. If you attempt the 2-point conversion now, you allow yourself time to make a plan in case it fails. If you kick the extra point to go down eight points, then you are relying on tying the game with little to no time left on the clock on the next score with a successful two-point conversion.

In conclusion, your team can purchase a service like this from several companies that offer it nationwide, but there are options if you cannot afford such services. Some research on “Football Analytics” will return a framework of how game day analytics are used.

You can formulate a plan without the physical numbers from these findings. Several 2-point conversion, onside kick, fourth-down charts, etc. can be discovered with some research. Additionally, this is a growing industry, and may be a good place to offer an internship to someone that can use an analytics-based program (Python, R) to create a book that is specific for your team.

This analysis on game day analytics is just a small sample of how analytics can help you win more football games. Every season, more and more coaches are using some sort of analytics to help them make more informed decisions. By choosing to do the same, you will put your team in a better position to win ball games, and may even gain a better understanding for the numbers behind the game of football.

Danny Payne joined the Army West Point football staff as the Director of Scouting, in March 2017, where he is responsible for identifying prospective cadet-athletes and creating content for recruiting purposes, while also maintaining the game day analytics.

Payne came to Army West Point after four years at Kennesaw State University, where he was a defensive and recruiting assistant from 2013 to 2015. Payne was then named a graduate assistant for his final two seasons. Prior to Kennesaw State, Payne work as the general manager and defensive line coach for the Georgia Panthers.