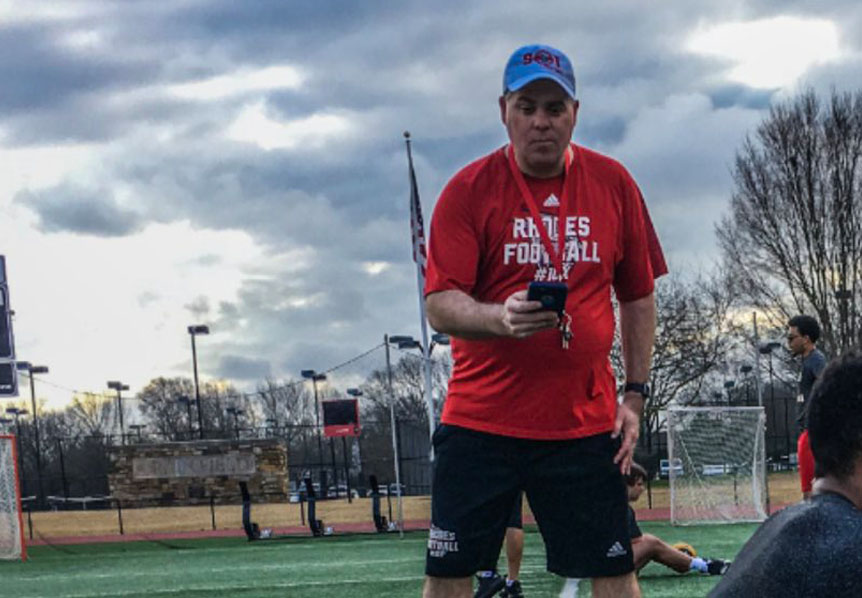 For the last 15 or 20 years, Jim Ryan used sideline communication systems that never quite met with his expectations.

“I’m old enough to remember wired headsets, where we had to string wires around the stadium and haul wire with you to your opponent’s field because not everybody had their stadiums rigged up,” says Ryan, head coach of NCAA Division III Rhodes College. “Even after we went wireless, the connections were tough, the batteries had to be charged exactly the right way, and you had to be careful how you handled the entire system from maintenance to setup and use. They could be reliable if you followed the directions, but they could also be sporadic.”

When Ryan arrived at Rhodes College, he inherited a sideline communication system that was already 10 years old. It was cutting out on the sideline during use, and its reliability was highly questionable. The system had to be sent back for refurbishing whenever possible. Early in his first season, the system was already malfunctioning.

“I saw an ad for the Vokkero Guardian Coach-To-Coach system, and it looked good,” says Ryan. “I called Vokkero and asked to try the system. They shipped us the full setup and the instructions, and they told us to try it out for a week or two. I was so impressed by that, the fact that they would not only let us see it and put our hands on it, but they just said, ‘Here you go. Do what you want with it and see how it works.’”

It’s that level of confidence that Vokkero has in its own system — in its ease of use and reliability — that really set the company apart in Ryan’s mind.

“There’s a touchscreen on the configurator and you basically select the options that you That configurator doubles as a charging station and doesn’t even need to be near the whole system when we’re using it. You hit a button and it configures all your headsets, and you see it happen right there as they charge. And they all charge the same way at the same time. It’s a compact system, which helps keep everything together. It’s simple and compact.”

You May Also Like: An Ode To The Grind

One of the things that really sold Ryan on using the relative newcomer to the sideline communications market is the system’s practical usage. He learned that Northwestern University used the system for practices. The Wildcats couldn’t use other systems because their practice field is located on Lake Michigan, and the radio waves generated by other systems have nothing to reflect off. They just keep travelling out across the lake. Ryan called Northwestern’s equipment manager to get his opinion on the Vokkero Guardian Coach-To-Coach system.

“He said it was like setting up a cell phone, very easy,” says Ryan. “They use the Vokkero system for practices, because they’re easy to set up and they work. So, I figured I have a Division I team using them every day for practice. Those guys don’t have any margin for error, so I knew they were going to work pretty well for us.”

Ryan deployed the Vokkero Coach-To-Coach system in his own practices, and found the system intuitive and reliable. Then, he used the system for his first scrimmage of the season, and he was “hooked on them” at that point. His only reservation was, would the system work as well 10 games into the season as they did during his trial run?

“So, we went ahead and bought it, and Vokkero sent us a fresh system,” says Ryan. “We used the system throughout the entire season. They were far-and-away more reliable than anything we’ve used. Our coaches loved it. The guys who had to set it up, they loved it. There’s just not a part about it that I didn’t like. I’m really, really glad we made the purchase.”