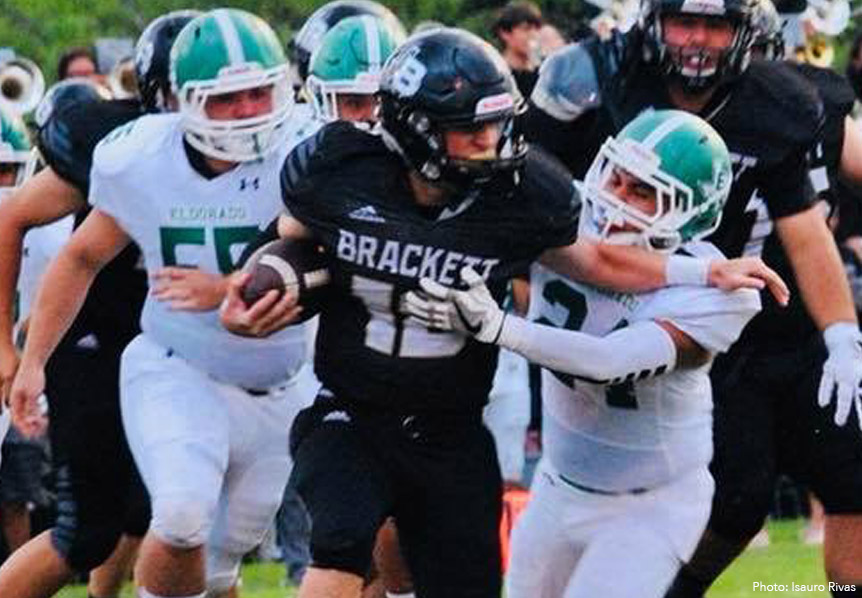 One of the primary keys to a successful offense is getting the ball in the hands of your playmakers. We want to get the football to our best players in space to create scoring opportunities. This is one reason we believe it is crucial to include the running back in the passing game, and that means using quality check-down routes.

The running back is typically the most versatile player in our offense and will make things happen. The running back is not only the focal point of our run game, but he has to be an effective blocker and ideally is a consistent receiver.

We also believe simplicity is one of the most important principles in our offense. We keep our offense simple, although it appears complicated to opposing defenses. We build around a core system of base plays, and utilize motion and tags to create diversity.  By keeping the offense simple, we believe we are putting our athletes in the best situation to be successful.

Any time our running back is not running a specific route on a drop-back pass concept, he is involved in our slide protection. Sometimes, he aligns on the same side he is blocking, while other times he will line up on the opposite side and cross. In our slide protection, the running back always works inside-out, with eyes first on the inside linebackers and then on the outside linebacker to the side he is responsible for. The side he is blocking is dependent on the defense’s alignment, or the quarterback’s read on a specific passing concept. Once he has determined he has no pass-rush threat, he runs his designated check-down route.

Because we want to get the football to our players in space and we want to keep things simple, we run only two check-down routes with our running back in our drop-back passing concepts.

With any type of vertical concept, the running back will run a Hole Route. Once the running back has determined he has no pass-rush threat, he will release 3-4 yards from the line of scrimmage and then wait for the football. If he sees or feels a defender moving to cover him, he will immediately work horizontally away from the defender, with his eyes on the quarterback, anticipating the pass. (See Diagram 1) 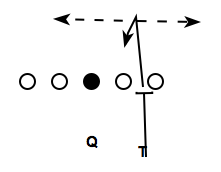 With any type of crossing route or a concept that involves a receiver in the middle of the field, the running back will check release on a shoot route. Again, after ensuring he has no pass-rush threat, the running back will run a Shoot Route, sprinting to the numbers, working to a depth of 3 yards. He should get his head on a swivel after clearing the defensive end, ready for the football. (See Diagram 2)

We believe utilizing check-down routes with your running back is a simple way to make any offense more explosive and diversified. Check-down routes give the quarterback another simple option in the drop-back passing game, they open up other routes for other receivers, and most importantly, they give opposing defenses something else they have to prepare for and defend.