Uniform manufacturing has come a long way since the early years of sewing machines powered by one giant leather belt driven by a single massive engine and executive offices with spittoons at the ready.

That was the reality in the early Sand Knit manufacturing facilities in the 1920s and 1930s. Today, Ripon Athletic makes Sand Knit uniforms on state-of-the art equipment, and the uniforms themselves have gone through a myriad of critical evolutions.

Like most innovations in any product, necessity was often the driving force. In the case of football uniforms specifically, it was the needs of the players that ultimately drove some of the most important innovations, propelling uniforms to where they are at present day.

“It’s important to note that we weren’t chasing volume products,” says Hank Derleth, long-time president and general manager of Sand Knit and eventual founder of Ripon Athletic as it is known today. “We were always chasing making the best possible product for the customer. That meant taking the capabilities that we have and combining them with a focus on the custom-order nature of our business.”

As time went on, the special and  custom-order sort of business with months-long production time that comprised the entirety of the business back in Sand Knit founder John A. Sand II’s early days has given way to an era where teams have high demand for large quantities of uniforms and expedited delivery. But even though players aren’t getting individually measured in precise detail anymore, catering to the individual needs of the players actually wearing the uniforms has never wavered.

One perfect example of answering the call for innovation arose with the advent of synthetic turf in the 1970s. It’s no secret how harsh early synthetic turf was on players bodies, and it treated their uniforms with similar disdain.

During this time, the equipment manager for the Dallas Cowboys reached out to Hank to request a solution for game pants that had developed holes, especially in the knee area, from heat caused by friction on the unforgiving turf.

Hank’s team set out to find a new fabric that could dissipate the heat effectively and avoid these turf-burned holes that were plaguing the NFL’s uniforms. They found the answer in a yarn with cross-sectional trilobal shape, similar to a clover. The new material allowed enough airflow to cool the fabric, so the friction didn’t cause enough heat to burn those unsightly holes in the otherwise perfectly good pants.

“The following year, the Cowboys had very few problems,” Hank remembers. “As other teams came to Dallas to play on turf, with their pants using the other fabric, they were burning them up. When they noticed the Cowboys’ pants weren’t doing that, the word spread.”

Because the trilobal yarn reflected more light, the new fabric was also shiny, as well as being much more form fitting, both of which quickly became trends that are popular for the look and function of football uniforms.

Of course, uniform innovations were by no means limited to football. Over the years, there were so many iconic uniforms, from the Sand Mark basketball uniforms popularized by college teams like the Marquette Warriors in the 1960s and 1970s, to expansion into Major League Baseball with the stunning Houston Astros uniforms introduced in 1975, depicting the west-Texas setting sun in vibrant, colorful knit fabric. Regardless of the sport, the current trends or the unique needs of the players, Sand Knit and Ripon Athletic have always risen to the occasion.

“Every few years we would come up with something new and different that was better for the player, or more comfortable for the player,” Hank says. “We were always one of the first manufacturers with those new products, and that was just as important as any one given product innovation.”’

Precious few football suppliers can trace their roots back 100 years. Through continued innovation and passion for this great game, Sand Knit and Ripon Athletic are one of those few. 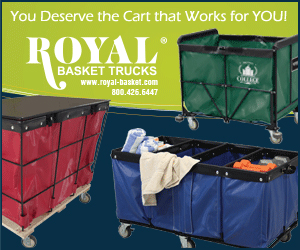