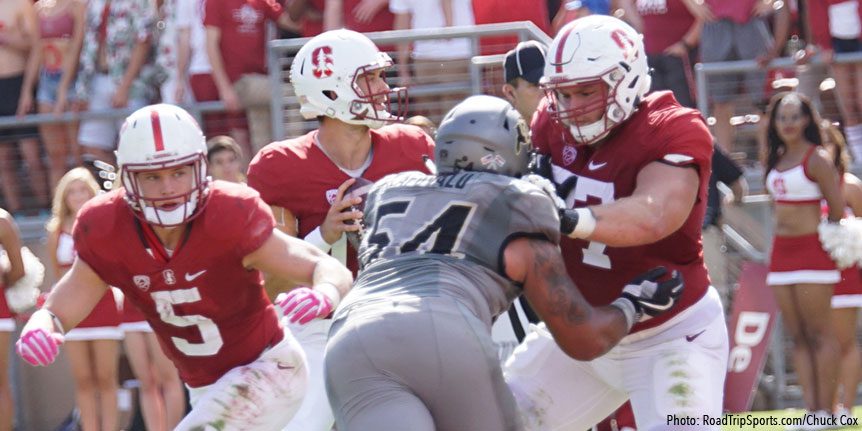 The concept of football analytics is not necessarily new to the game. As early as the 1990s, coaches started tracking specifics related to individual plays. Back then, it all fell under the umbrella of “quality assurance,” but don’t be fooled, football analysis was real and coaches at the elite levels of the game were beginning to understand the value of football analysis and leverage it to their advantage.

Fast-forward 20 years, and you’ll see the concept of analytics taking true form from the NFL through the high school ranks. Beginning with Sabermetrics in baseball and focusing on three-point shooting in basketball, deep analytics are helping coaches make better in-game choices because they know more about not just what they’ve called in the past, but why they’ve called it.

To gain an understanding of how analytics can help football coaches, AFCA Insider talked with Timot Lamarre. The 2017 season marked Lamarre’s sixth with the Stanford Cardinal and fifth as an offensive assistant with that team. Though he works with the running backs and offensive line, he is also Stanford’s football analytics specialist. Before going to Stanford, Lamarre spent two years at the Massachusetts Institute of Technology (MIT). He’s been in the sport in various capacities since 2008, when he served as a recruiting assistant for the University of Tennessee football program.

Lamarre says it’s important that today’s football coach — who is often already so buried with day-to-day tasks that it’s difficult for him to even think about adding the job of statistical analysis to his resume — understand the true nature of deep analysis. Analytics don’t add to a coach’s workload as much as they help remove less favorable decisions from his decision tree. Here’s a great analogy.

“There’s this NBA coach who has all of his plays written out on 100 notecards, and he has six or seven pockets in his suit,” says Lamarre. “If they need a spark, he has a pocket for those plays. If their star player needs to pass the ball more, he’s got a pocket for that. There are all these different scenarios and he puts his plays in the pocket that he thinks is appropriate. So what he’s done is he’s basically selected the plays using his intuition, how he feels about his players and all of his coaching expertise. Statistics just puts those plays in the right order.”

Many coaches have a cynical view of statistics, but they must understand that statistical analysis isn’t artificial intelligence. Statistics don’t actually call the plays. That’s still the coach’s job. But, stats are a great way to combine numbers with coaching intuition.

“That is not to say that the coach even has to call those plays,” says Lamarre. “You don’t want to turn into a robot, and stats can’t take into account everything that a coach takes into account. But as a coach, you can look at those plays and understand the reasons for running a play or passing over a play. Coaches may feel like they see something in the game that the stats don’t see, and so they can use their artistry or their intuition.

“Maybe it’s fourth-and-one and the stats say go for it. Even though the stats say that, the stats don’t have to sit in front of the media and take questions on it.”

Still, deep analytics have their place in the game, and coaches that use them to great effect certainly understand their value. Specifically, Stanford uses statistical analysis to “mostly get a feel” and “find what’s been successful,” so Lamare spends lots of time using stats to learn how the Cardinal can become a more efficient team.

“It gets to the whole point of what stats really are,” he says. “It’s not going to give you the answers. They’re just going to guide what we’re going to look at when we watch film. The stats are in conjunction with our expertise and intuition, and that’s how we’ll use them. Not as a crutch, but more as a boost. We’re not trying to find all the answers, but we can try to figure out what we ought to look into.”

For more information on how football coaches use deep analytics, make sure to check out the March/April 2018 edition of AFCA Magazine.