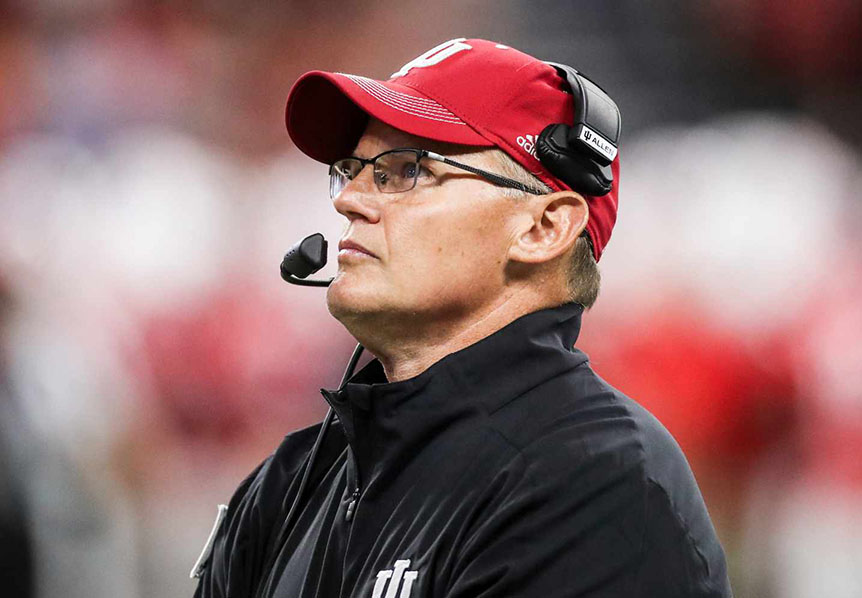 When Werner Ladder became the title sponsor of the AFCA FBS Regional and National Coach of the Year Awards in August 2019, they stepped up to support a tradition that’s been around since 1935. This particular coach of the year award is unique and prestigious in all of sports, because it’s one way coaches can honor the best of the best in their profession. After all, the award is voted on entirely by coaches.

To give you a sense of the respect derived from the Werner Ladder AFCA FBS National Coach of the Year, you need look no farther than some of the names to recently adorn the trophy: Gary Patterson (TCU), Brian Kelly (Notre Dame), Dabo Swinney (Clemson), Ed Orgeron (LSU), David Cutcliffe (Duke), Bob Stoops (Oklahoma), Barry Alvarez (Wisconsin), Les Miles (LSU), Chip Kelly (Oregon), and Kyle Wittingham (Utah). The list of outstanding coaches to win the award goes on and on.

While Werner Ladder is most certainly the world leader in ladders, with a complete line of climbing products designed for working at heights, the heights to which these award winners have climbed are a testament to their character, work ethic and devotion to the student-athletes and institutions they serve.

At the 2021 AFCA Virtual Convention, the association named Indiana University’s Tom Allen the 2020 Werner Ladder AFCA Football Bowl Subdivision (FBS) National Coach of the Year. He now joins the all-time list of award winners voted upon by their peers as the best of the best in college football coaching, having bested four other regional finalists for the award, including Luke Fickell (Cincinnati), Jamey Chadwell (Coastal Carolina), Doc Holliday (Marshall) and Brent Brennan (San Jose State). Allen is the third Indiana head coach to earn Werner Ladder AFCA FBS National Coach of the Year honors. The other two were Bo McMillin in 1945 and John Pont in 1967.

“Werner is once again excited to be the sponsor and associated with such a prestigious award,” said Stacy Gardella, vice president of brand marketing at WernerCo. “Coach Allen led Indiana to one of its greatest seasons in 2020 as the Hoosiers ‘stepped up’ to every challenge they faced.”

Earning the title of Werner Ladder AFCA FBS National Coach of the Year is no simple feat. It should be noted that — unlike many awards given to successful coaches every year — this award isn’t necessarily given to the winner of the national championship. The standards for winning are typically quite different from just winning it all.

Coaches know how difficult it is to achieve success within a football program, and the elements that combine to create a successful program can vary from one program to the next. Certainly, winning is crucial to success, but so is building a phoenix that rises from the ashes, improving GPA and graduation rates, successfully establishing a healthy program culture where one didn’t previously exist, and more.

“Especially at the FBS level, the coach who usually wins the award is somebody who had a great season, and maybe hadn’t had a great season in the previous two, three, four or five years,” says Vince Thompson, Director of Media Relations for AFCA. “Every now and then, the person that wins it all gets coach of the year, but more often than not, it’s the guy who comes out of nowhere and has a great season, wins his conference championship, has the most wins in school history or improves to a level not seen in 20 years, for example. Coaches tend to reward that sort of program-building with their votes.”

As the years have gone on and more coaches have won the Werner Ladder AFCA FBS National Coach of the Year Award, it’s important to note what those coaches have meant to the game of football. Sure, there’s a certain amount of celebrity or notoriety that comes with winning such an award, but what’s even more important is the foundation laid by these incomparable leaders of men.

Even a brief scan of the winners over the last 85 years reveals a who’s who among men who define the foundation upon which this great game is built. These are men who need no introduction, with names like Amos Alonzo Stagg, Frank Leahy, Woody Hayes, Bo Schembechler, Paul “Bear” Bryant, John McKay, Darrell Royal, Tom Osborne, Gene Stallings, Johnny Majors, Vince Dooley, LaVell Edwards, Charlie McClendon and Grant Teaff.

“It’s part of the reason this award means so much to the winners and the voters. This award is voted on by adversaries on the football field, guys who know the winners, who know how they coach and what it takes to win. From 1935 to 2020, the award winners are the ones who overcome the most significant challenges, and when their peers say, ‘This guy is the best,’ it carries a lot of weight and it really means so much more.”