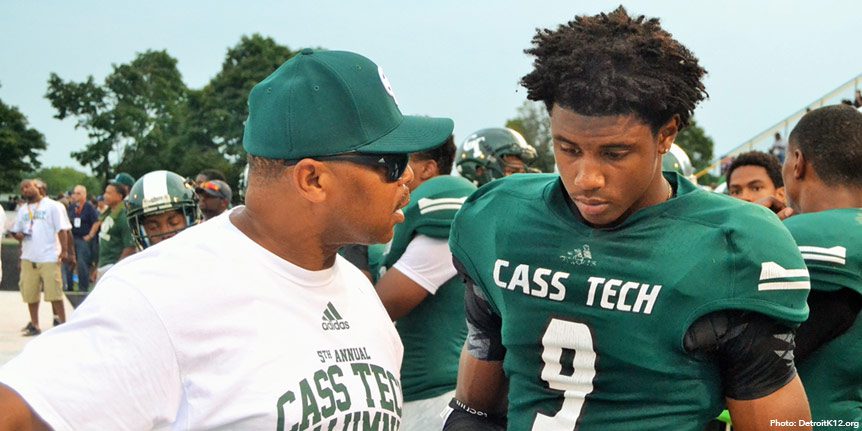 Cass Tech (Mich.) High School head coach Thomas Wilcher has seen the game change over the years. He’s seen trends come and go, and more often than not, trends are exactly that: a flash in the pan.

However, Wilcher has seen something coming down the pike for some time that football coaches must be aware of: the changing nature of parents in the game of football.

“They’re coming to the field like they are the players,” says Wilcher. “Mom’s playing guard and tackle. She’s playing quarterback, running back and wide receiver. She’s the person kicking the field goals right now. Dad’s making tackles. Parents are saying, ‘This is my child; you have to come through me.’ So, you have to figure out what parents want. You have to meet with parents more. If you don’t meet with parents, you find yourself running up against a brick wall.”

Wilcher admits that the parents are correct. He is in fact coaching their children. This isn’t a huge problem on the face of it, but it becomes a problem when parents focus solely on playing time for their child or children.

“Coaches have to communicate that if a parent wants his or her child to play on a team, it means that kid must be a team player,” he says. “Either that, or he’s going to have to go find a team where he can be the person who both throws the ball and catches it.”

This is where high school coaches are losing that battle for hearts and minds right now, Wilcher says. Some coaches are willing to sacrifice the team for a great player. This becomes problematic when suddenly the team loses its identity because the concept of the team has been sacrificed.

Students and parents need to understand what they are getting into, or they are going to be disappointed, says Wilcher. Every program has a head coach and every head coach has a system. If a program doesn’t have a system, then it doesn’t have focus.

“If you don’t have something that you can focus upon and master, then you’re not going to become the master of anything,” he says. “A kid or parent who wants us to throw the ball 20 yards downfield, they’re going to come to me and say, ‘Hey coach, how about throwing the ball 20 yards downfield?’ But I’ve been winning championships on 5-yard passes, not 20-yard passes.”

This is why parents have to be truly engaged and coaches need to be clear with them and their children. Everyone must understand what they are getting into. Communication is key.

“Parents see the team throw 15 or 20 times per game and they think we’re a passing team,” says Wilcher. “That may be the appearance but the parents don’t understand that’s a lot of bubble passes and screen passes. Then parents say, ‘Wait, I thought you were a passing team.’ We have to tell them we do pass the ball. It might not meet their expectations, but we have to communicate exactly what we’re doing, or that’s where the problems come from.”

To read more about how Thomas Wilcher runs his program at Cass Tech, make sure to check out the March/April 2018 edition of AFCA Magazine.