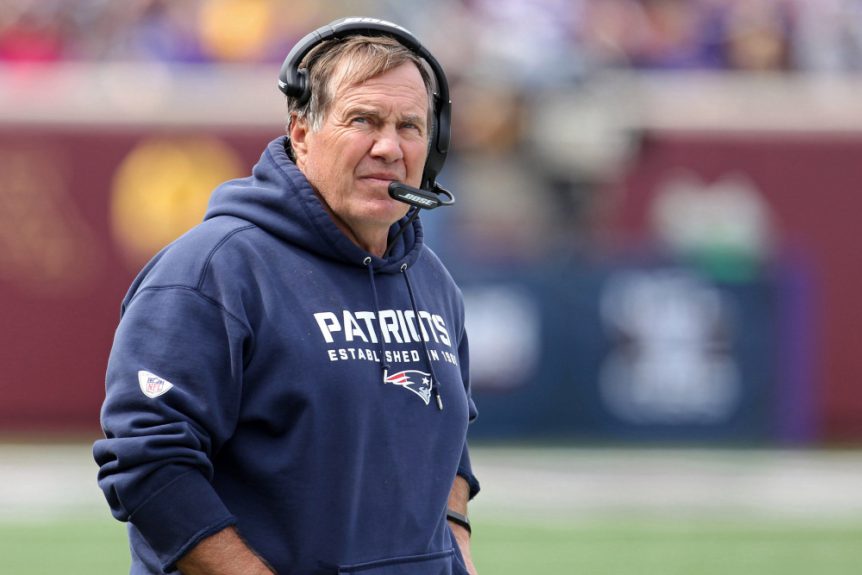 By now, you’ve probably heard of Bill Belichick’s method of having his young assistant coaches (and prospective hires coming in for an interview) gain experience and insights through the practice of “padding.” If you aren’t familiar with what goes into padding, several articles have been written detailing the practice, and Michael Lombardi also briefly describes it in his 2018 book, Gridiron Genius.

“Padding” refers to the process of watching all-22 game film and transferring onto paper (or a notepad) exactly what is happening on each play. This means charting the alignment of the 22 players on the field as well as plotting their individual assignments for each snap. The devil is in the details, and as Lombardi notes, “[Belichick] wants to know, for example, if there is a variation of even a couple of inches in the offensive line’s splits…”

While some coaches might say they can discover the same information just by watching game film, taking the time to physically map out an entire game (or games) leads to a heightened level of understanding. The finished product is (ideally) an incredibly thorough report that pays huge dividends during game planning as schematic tendencies can be recognized, but maybe more importantly, player-specific “tells” can be identified.

The coaches quoted in the Yahoo! article by Terez Paylor mention that padding a single game “can easily last anywhere from seven hours to even a couple of days.” Why does it take that long? A MassLive article by Kevin Duffy mentions that with the level of detail going towards trying to identify the schemes being used, “each play could take as long as 20 minutes to diagram in full.” However, padding one game on its own doesn’t corroborate much information, so Patriots assistants often pad multiple games in preparation for a single opponent. According to Lombardi’s account, the end justifies the means:

“Belichick believes that coaches who learned their craft by padding games were much better coaches on Sunday even though the task was so labor-intensive that it basically required them to go without sleep. It was exhausting work, and Belichick knew it because he often padded games himself. But to him, learning every detail of how an offense planned to attack was far more valuable than rest.”

Belichick has an incredibly loaded coaching tree, and the Patriots’ overall successes as an organization are undeniable, so there clearly is something to be said for this practice. Paylor quotes Patriots offensive coordinator Josh McDaniels (who padded over a three-year period) as saying “I think the most important thing young people have got to understand is, it’s not a punishment… It’s a tremendous opportunity to learn how important everything is at this level.”

After reading about the process, Mario Price, the AFCA’s Director of Coaching Education, suggested that we test it out for ourselves. One of the hottest offensive schemes at the professional level the last two seasons has been the Los Angeles Rams. We chose to pad their explosive Week 11 outing versus the Kansas City Chiefs, and as a point of comparison, we also padded the Rams’ offense in Super Bowl LIII against the New England Patriots.

Click here to see the padding for the Rams-Chiefs in Week 11.

Click here to see the padding for the Rams-Patriots from the 2019 Super Bowl. One of the things that jumped out while padding the Rams-Chiefs game was the 13th offensive drive for the Rams, which began late in the 4th quarter, down 51-47. The Rams had been running a ton of out routes against the heavy man-coverage they saw from the Chiefs, and they were working from either a reduced split by the outside receiver or from a slot. All six of the plays on this particular drive featured an out route. On their 75th offensive clip, the Rams faced 3rd & 9 from their own 26 on the left hash. Working out of a bunch trips formation to the boundary, Brandin Cooks motioned across the field to the right slot, splitting the difference between the right tackle and Gerald Everett—who faced press coverage by a safety with safety help over the top. With Everett running an outside release fade and holding the field safety deep, Cooks won his outside release and caught the ball on his out route at 13 yards, and he was able to turn up field being forced out of bounds for a crucial 22-yard gain. The backside receivers ran a drag and dig. After completing a pass for a two-yard gain on the following play, the Rams faced 2nd & 8 from the 50 on the right hash with 2:01 remaining. Lining up in trips left, Robert Woods motions from the left trip to a stacked position behind Brandin Cooks just inside the numbers on the right. The play concept here is the exact same as play 75, but it’s to the other side of the field from a slightly different formation with a motion away (rather than to) the two-man flood concept. This time Josh Reynolds runs off the pressed corner, and Tyler Higbee catches his out route at 10 yards before being knocked out of bounds by the safety in man-coverage. Again, the backside receivers ran a drag and a dig, but while the Chiefs showed a two-high safety look pre-snap, the field safety sprinted down to a robber position post-snap and traded coverage responsibilities with the trailing nickel corner covering Cooks on the drag. The Rams see the value of having Cooks dragging from the backside. Coming out of the two-minute warning, the Rams have 1st & 10 from the Chiefs’ 40-yard line on the left hash. The Rams align with trips to the right—Cooks alone to the left with a reduced split, Reynolds and Robert Woods are side-by-side just outside the hash on the right, and Everett is just outside the numbers facing press-coverage from a safety. The safety guarding Everett is Daniel Sorensen—the same individual who has guarded the targeted receiver on the last two plays. Reynolds motions across to stack just behind Cooks and give a 2 x 2 look. The Chiefs again show a pre-snap two-high look, but a hard count by Jared Goff reveals that the field safety will again roll to a robber position. Goff sees it, and sure enough, the safety screams down to trade off with the trailing corner defending Cooks on the drag. Everett wins the outside release on his fade and the boundary safety is in no position to help Sorensen as Everett makes the catch at the 12, breaks a tackle, and finishes in the end zone for the go-ahead score.

The Rams stayed in 11 personnel the entire game (with the exception of the two kneel down snaps), only subbing KhaDarel Hodge sparingly for Cooks, Malcolm Brown for Todd Gurley, and Everett for Higbee. They package some of their favorite plays together with similar actions to keep the defense guessing, and they run the same concepts from multiple formations and with window-dressing to give the illusion of having many plays.

Check out Inside the Headset Episode 74 to see what other takeaways and insights we got from our experience with padding games.

We aren’t suggesting that you pad four of your next opponent’s most recent games in the week leading up to a game. However, going through the padding process during the offseason could be a beneficial practice that aides your understanding as a young coach or leads to more awareness in the way you watch film. Pick a team (either your own, or a team/coach you’re interested in studying) and see what you can learn from padding.