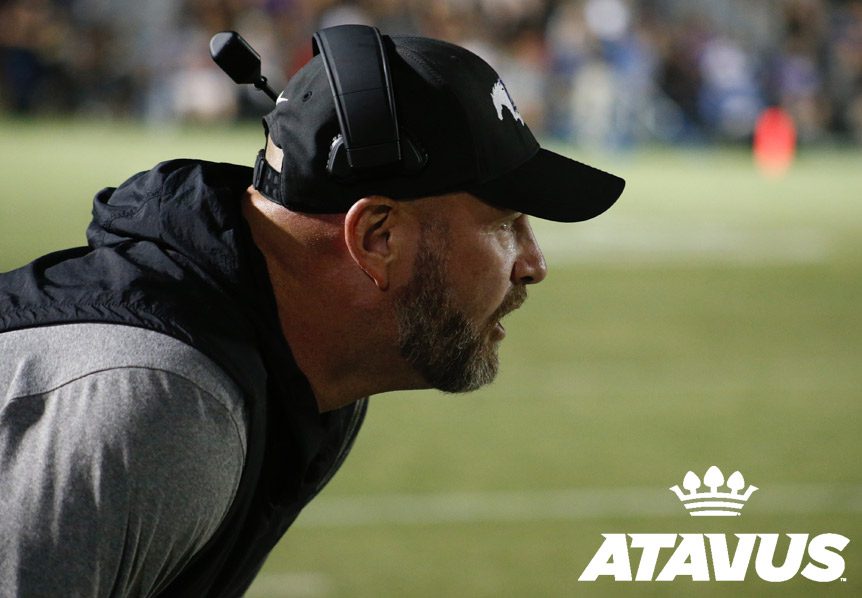 “I’ll walk up in the middle of our practice and watch them while they are doing their tackling circuit, and here they are – eight weeks into football, including camp – and they’re down on one knee, still doing their head to the near hip, same shoulder,” he says. “They’re still working on the ‘launchpad.’ They’re still doing it every single day, seventh and eighth graders learning how to tackle right.”

It’s the kind of sight that makes the first-year high school head coach smile. Lipscomb Academy invested heavily in Atavus this season to begin teaching shoulder-led tackling to all players in their system. The Super Bowl winning quarterback believes that through this type of teaching, he can transform his program into one of the hardest hitting, most physical, yet safest group of football players in middle Tennessee.

“Atavus came out and trained all of our coaches; they did all of our breakdowns in tackling,” says Dilfer. “We’ve taken the helmet out of tackling. We sit kids out of practice if they lead with their helmet. We’re taking every precaution we can. We’ve still had two concussions … but they’re kids and they make mistakes, putting their helmets in places it shouldn’t be. But, I just wanted to get out in front of any safety issues and I’m looking at the long tail here.”

Blowing up the “head across the bow” style of tackling and re-teaching how to tackle – from the beginning of a player’s career – is what Dilfer considers “the long tail.” By his own admission, he wants to win this week as bad as anybody in the country wants to win, but he also sees the long-term implications of shoulder-led tackling as a competitive advantage in the sport.

“In three years, I see us being the best-tackling football team in the country, without using our helmets, because we’re going to continue to invest in it,” he says. “I guarantee we do more tackling drills than anybody in the country. We tackle in drills for 15 minutes every day. We don’t miss a day.

“I’m betting on the come, which is three years from now. We have this sophomore class that has three years of shoulder-led tackling drills, and they’re great tacklers and their heads are safe, and we’ve created a culture of physicality and relentless pursuit to the football and all the things you need to have. But they’re also being taken care of and they’re safe.”

The teaching process is starting to take hold among his players in other ways, as well. They are starting to believe in it, because they are seeing results. As of October 4, 2019, the Mustangs were 4-1 (2-0 in conference play), having held opponents to less than half of the points the Mustangs have scored so far this season. When watching tape, players have begun echoing the sentiments of their tackling teachers. They’ve bought in.

“Now it’s become, as we’re watching tape of other teams that still put their head across the bow, our kids are starting to laugh at them,” says Dilfer. “Now we’ve got leverage as coaches because it becomes the thing that you must do, and those that don’t do it, they’re wrong.

RELATED ARTICLE: How To Effectively Teach The Pass Rush With Limited Contact

“Our kids are starting to say, ‘Oh, I’ll run through that tackle,’ because they believe the old way is the wrong way. Not only is our way safer, but it’s more sound. We do it right. Mustangs do it right, and others don’t.”

Dilfer is a believer in shoulder-led tackling, too. He says that come state championship week – “hopefully we’ll still be practicing that week” – guess what practice periods three, four and five will be?