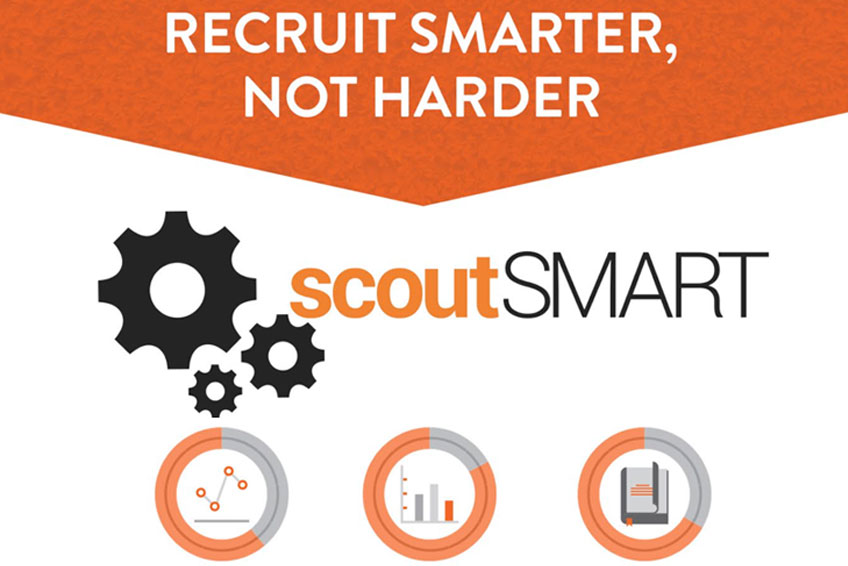 It happens every year.

A coveted recruit joins a college team expected to be a critical part of the team’s success in the coming season, only to find out the recruit wasn’t the right fit for the program – in many cases they aren’t even close to what the coach was looking for.

Coaches and scouts understand the importance of recruiting, and they certainly do their due diligence in the process, so why are so why does this keep happening year after year, regardless of region or position?

scoutSMART  believes they have the answer. They have developed a recruiting database of over 60,000 of the best players in the country in order to help coaches find players who are perfectly suited for their program. Their unique approach combines three key dimensions which are critical to a recruit’s success. Based on data, scoutSMART calculates a statSCORE for each recruit by analyzing historical stats and using this statistical analysis to assign a rating of 1 to 9 for each stat at each position. The rating is assigned by comparing a recruit’s stats to a national distribution of the stats for that position, so coaches can be confident about where each recruit ranks among their peers.

They also calculate a skillSCORE for each recruit based on the coach’s assessment of the recruit’s skills. This assessment is done for each position, and tailored to fit each separate position group to ensure coaches are making accurate choices.

The third and final component of the process is the smartSCORE, which is derived directly from each recruit’s grade-point average.

All three of these components are combined to create a fitSCORE. The overall fitSCORE is a weighted average of the player’s individual scores. Coaches can customize how they want to weight the importance of each category, based on their own particular scheme or style of play, in order to find the perfect recruits to fit their program. Coaches don’t have to waste time and energy on players who aren’t what they are looking for, and they can be more confident in the quality of each recruit.