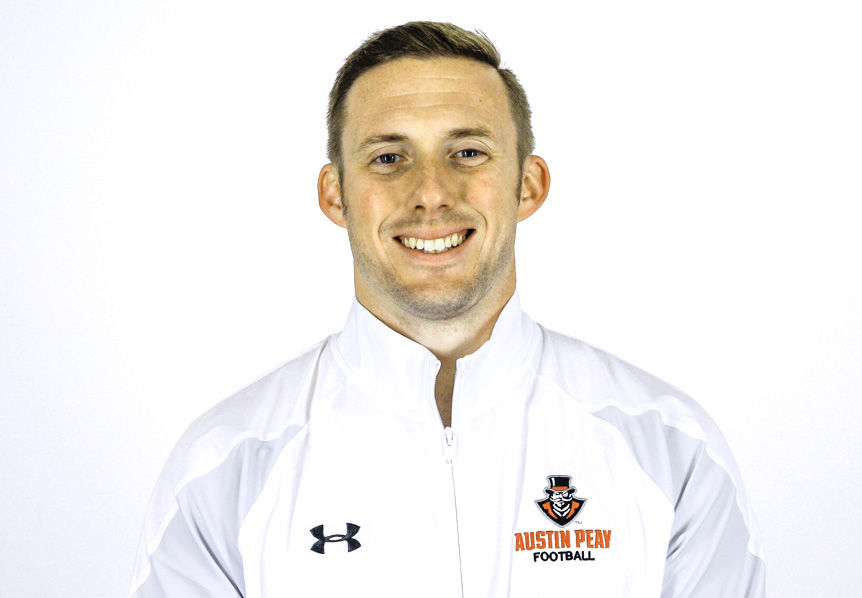 Scotty Walden, at age 30, is the youngest head coach in Division I football. The leader of the Austin Peay State University program, Walden grew up in a single‐parent home, so he understands the responsibility and role of the head coach in players’ lives.

“My high school football coaches were very instrumental in my life. They pushed me and showed me what it means to be a football player and a man. I am a coach to have the same impact on young men’s lives,” Walden explains.

While his coaching peers may still consider him a young man, Walden’s rise to the head of a Division I program at such a young age wasn’t gifted to him. Knowing he wanted to get into coaching, Walden actually earned a spot on the offensive staff at Sul Ross State (Alpine, Texas) during the spring of his senior season. By that fall, he already had been named offensive coordinator, which worked out well for the Division III program as the Lobos led the entire NCAA with 48.8 points and 581.9 yards per game.

“Early on, you are concerned with more material things, like the biggest job, but my drive to impact people’s lives and invest in players’ lives on and off the field has increased immensely over the years,” Walden says. “As you start to progress in your coaching journey, you start to see the bigger picture.”

What’s frustrating for Walden is that not everyone has a grasp of that bigger picture. Too often, he believes, coaches simply are seen as delivering wins and losses, rather than the true impact they have on players.

“We are judged on wins and losses by the material world, but one day, we will be judged by what impact we had on the kids that were placed in our lives,” he says. “And that is the assessment that truly matters. Social media and critics love to point out our failures but just like we tell our players — failure is growth. You must keep your head down, do what you believe, do what is right, have faith, ignore the noise and work extremely hard.

“And we do that at the expense of time with our own families. If you are a coach, you have no choice but to pour tons of time, devotion and energy into your craft and your players.”

Walden says one area in which he’s dedicated even more time in 2020 is adjusting to how COVID‐19 is affecting his program. Walden tested positive for COVID‐19 in late October.

“I have adapted a ton in terms of the presentation of materials, as well as having many more plans from a depth or scheduling standpoint due to COVID,” he explains.

But, Walden admits, it hasn’t changed his core coaching philosophy, as now more than ever, players need consistency. “Kids need consistency in an inconsistent time. As far as my coaching style or philosophy goes, that has remained consistent. During these uncertain times, players are looking for leadership and consistency, and it is imperative to provide that.”

Walden clearly has dedicated his life to the game, and he was recognized by the AFCA in its 35 Under 35 Coaches Leadership Institute in 2019. He’s been on staff of a conference championship team. He’s coached a player drafted into the NFL. And, as mentioned, he’s the youngest head coach in Division I. But while those accolades and accomplishments are important to him, they don’t match the times when former players recognize his efforts in improving their lives.

“I received two long text messages over the past two years from former players I coached. They thanked me for pushing them and all I had done for them. That is the biggest and proudest moment for me as a coach, because you know without a doubt that you had an impact on their lives as men and not just as football players. To me that trumps any win or championship,” Walden says.