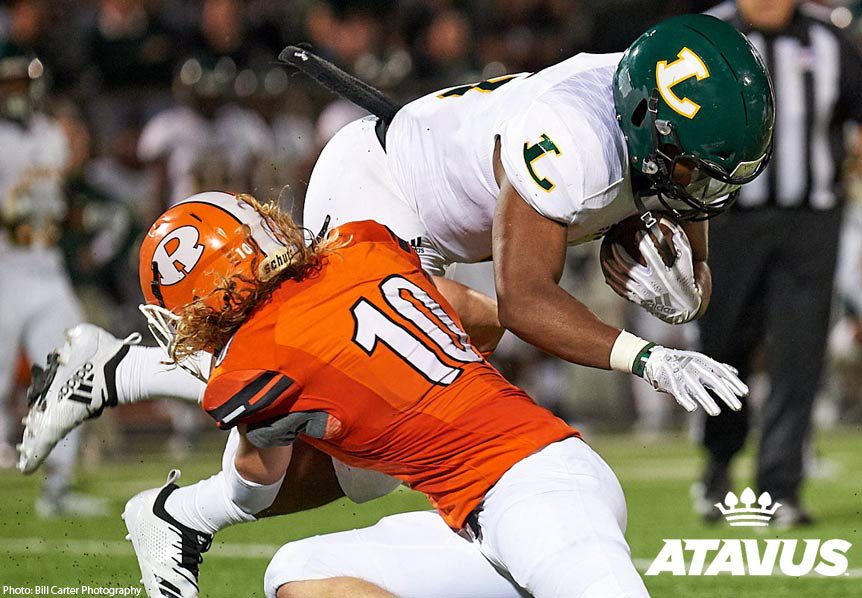 The Yellowjackets of Rockwall (Texas) High School have experienced a 50 percent decline in concussions over the past three seasons. In addition, the program reports no tackling-related concussions at the varsity level during the last two years. The secret to their success, says head coach Rodney Webb, is working with Atavus since 2016.

Atavus is a leading authority on tackle performance, analysis and coaching techniques for football players and coaches. In fact, the Texas High School Coaches Association and the University Interscholastic League of Texas have mandated tackling certification for all high school football coaches through Atavus. Rockwall’s partnership with Atavus has put his coaching staff on the same page, inspired his players and quelled any fears voiced by parents.

It all started for Rockwall when – after the 2015 season – Webb was analyzing how to improve his team (even after a 10-4 campaign). He realized every defensive coach on his team instructed tackling how he had been taught during his playing days. There wasn’t as much consistency as Webb wanted. Tackling was a concern for Webb and he saw the different approaches to the skill as an area to address in the offseason.

Webb consulted with longtime friend and head football coach at Atavus, Rex Norris. This led to Norris offering Webb the opportunity for him and his staff to beta-test the Atavus system.

“Our defensive staff had the opportunity to meet with Rex on multiple occasions, in addition to studying videos and graphics, which teach the drill progressions,” Webb says.

With the coaches on board and on the same page when it came to tackling instruction, the next step was to take this knowledge and pass it on to players. Webb knew it would take time, and patience was key. This wasn’t going to be a quick fix, but a long-term solution, to a lingering problem.

“It was quite different for our players initially, but we have great kids at Rockwall who trust their coaches, so there was high buy-in from Day 1,” Webb explains. “We didn’t see marked on-the-field, game-night improvement for several games. Learning to tackle the Atavus way is a process; it can’t be mastered overnight.”

That said, Webb is thrilled with the relationship and techniques. In addition to a marked reduction in concussions and the elimination of targeting penalties from the defensive side of the ball, the Yellowjackets decreased their number of missed tackles by 33.8 percent from 2016 to 2018. This means opponent drives are not being extended by needless penalties and sloppy tackling. It all led to an impressive 8-3 record in 2018 and a top 20 ranking in Texas, which is no small feat.

Moving forward, Webb is confident incoming players, coaches, and parents will see the benefits already established through Atavus when it comes to on-field success and the increased emphasis on safety. The company makes it easy to keep players developing, because, as Webb says, “the teaching progression and tackling curriculum are the magic behind the Atavus system.”

On the surface, it makes sense, as most believe Atavus to be the “shoulder-tackling” company. But, in reality, Webb understands his team has benefited from Atavus being much more than that.

Add it all up and Webb is excited to continue his partnership with Atavus in the years to come.