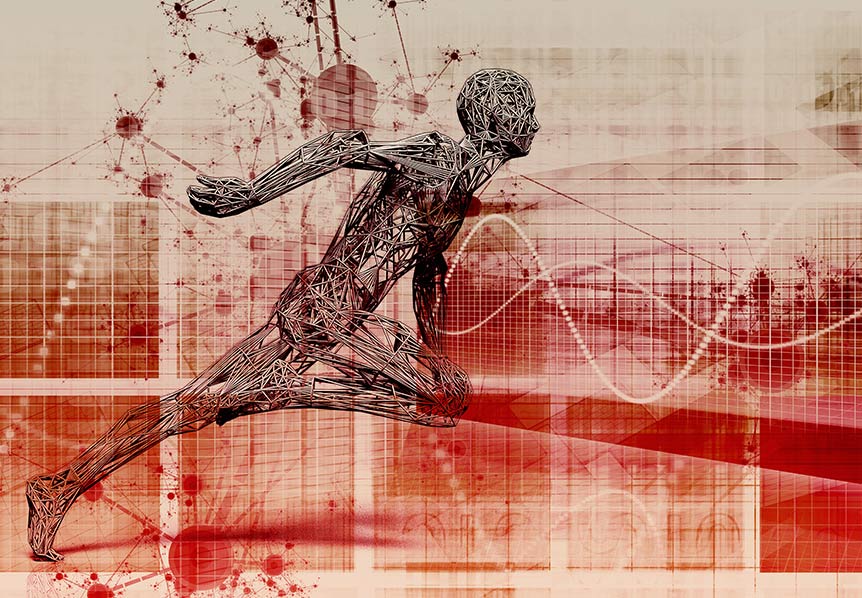 For someone who works in the software industry, Stefan Schmidt stays about as close to coaches as one might imagine. As sales operations manager for Front Rush, Schmidt is used to working closely with coaches, spending much of his time on the road, working on-campus, side-by- side with the folks who use Front Rush’s software suite for recruiting, compliance and more.

“Because of my background of being in Division I athletics for almost the better part of the last decade before transitioning to Front Rush, I have some real-
world experience,” he says. That experience has certainly helped him — and everyone else at Front Rush — as the company navigates the same troubled waters that coaches, players and parents are currently struggling to find a way through.

One of the biggest hurdles the company faces is understanding eligibility rules put forward by the NCAA. Right now, for software companies in the recruiting and compliance space, it’s about understanding how those new rules or updated rules must be interpreted.

“It’s all about updating those rules, for now,” says Schmidt. “We know the dead period got extended, and new eligibility rules are popping up and being pushed into our system. A lot of the adapting we’ve done has been to make sure that information gets pushed out to our clients through proactive alerts. We are making sure that we’re helping coaches understand that they’re not supposed to be talking to a recruit at a given time or they’re not supposed to be going on the road recruiting.”

With the sheer number of changes and varying interpretations, managing the compliance end of their business has taken center stage over the past several months. “At the beginning of all this, it seemed like things were changing every week,” says Schmidt. “But we have our process down now. We service everyone from Division I all the way through NAIA. Division I and Division II are completely different from a rules standpoint, so developing a process to handle rules changes was really important to us. We have great communication between our developers and our client-facing employees and — along with our great relationships with our clients — we are typically able to push new rules, forms and interpretations to clients shortly after the NCAA releases them.”

That level of adaptability has been critical for Front Rush. Everyone from coaches to coders has had to take a step back and understand how coronavirus has shaped and continues to reshape their lives. In a typical year, Schmidt admits that his job is a 24/7/365 kind of job. If he’s not attending a trade show for one of the many associations, he’s working closely with his clients to make sure they’re taken care of.

This year, he’s learned to take changes in stride and be mindful of what he needs to stay on track as not just a great employee, but as a sane human being as well.

“I work remotely in South Florida, and right now, I’m actually in Auburn, Alabama, because I used to live here and work here, and I just needed a little change of scenery,” he says. “I’m so used to being on the road and getting in front of staffs, meeting with people face-to-face. Our parent company came out and said we’d be holding off on that sort of thing through the end of the year, and that’s both from a sales and account management perspective. So we can’t do that, and we had to learn to adapt.”

It should come as no surprise then that Schmidt and his employees quickly ramped up on Zoom and Microsoft Teams. Schmidt sees this as not only a positive adaptation for himself and others within Front Rush, but he sees coaches adapting to and thriving in this new environment.

“I think it’s been really positive for everybody,” he says. “Now, coaches realize how easy it is to just hop on a Zoom meeting or a FaceTime meeting with recruits or see their current players. It’s reinforced for me the importance of listening. I don’t even pick up the phone for a sales call or training. I just want to check in. No one really gets enough love like that. Sometimes, guys just need to vent. I’ve heard it all. Trust me.”

Randy Larson is founder of WARROOM, which he describes as all-in-one software that takes your program to the next level. And, that’s more than just a company slogan; it’s for real. Larson customizes WARROOM’s tools for each of his customers so it truly becomes theirs, helping those programs stay laser-focused on recruiting and team management.

WARROOM helps coaches, recruiters, compliance, DFOs, you name it. The idea is to have one piece of software that handles reconnaissance for nationwide recruiting, personality tests, evaluations, scholarship management, travel plans, transcripts, calendars, mass communications and a lot more.

Part of Larson’s success — and what parallels good coaching — is he customizes his software to the needs of each program. This is very much in parallel with coaches who work to the strengths of their student-athletes.

“Everybody has a different set of needs,” says Larson. “Every school has things that matter only to them. So, every school’s version of the software is just a little bit different. We adapt to them. We’re not your typical software-as-a-service model where we just turn software on and off for customers. We try to make it their WARROOM, and we add their customizations and tweaks. There’s nothing more frustrating when you’re working with a piece of software and it doesn’t do what you want, and you can’t do a darn thing about it. We adapt for our customers, because otherwise, we’re not doing our job right.”

For Larson, the spread of COVID-19 hasn’t changed his life much. He’s been “working remotely” for the last five years. In fact, coaches and administrators are much more likely to learn how his world works than the other way around.

“People are now coming into my turf instead of me always coming into theirs,” says Larson. “One of the big things I’ve learned is that coaches are more than willing to embrace new software and new approaches to their jobs when circumstances dictate it. Unfortunately, this coronavirus is forcing the issue right now, but it’s bringing to light the reasons for wide disparities among programs, and that’s not just money.”

Larson points at two separate philosophies of recruiting. With the first, coaches recruit for this year. It’s all about this year or this coming year and next year, they’ll figure out how to fix next year’s problems. This is what Larson refers to as a “rebuild” philosophy.

Then, you have programs that understand the fluidity of scholarship management and how that applies to player position on a multi-year basis. With recruiting tools like that, programs can successfully forecast how they’ll look at each position two, three and four or more years down the road. This is what Larson refers to as a “reload” philosophy.

“This is the biggest problem,” he says. “I’ve talked with plenty of teams at the AFCA Convention over the past couple of years who tell me they lost five tight ends or 10 offensive linemen to graduation. They tell me they have to completely rebuild that part of their offense.”

In rebuild mode, programs see production drop off from year to year, and that is completely avoidable, according to Larson.

“It’s a four-to-six year cycle to fix that,” he says. “The reality is they can’t afford to redshirt their new guys at those positions, which means in four years, those guys drop off and it’s an endless cycle. When programs reload instead of rebuild, they’re planning processes for their depth, which balances out their rosters. What I’ve noticed is that if you have one position out of balance, it usually will cost you one to three games.”