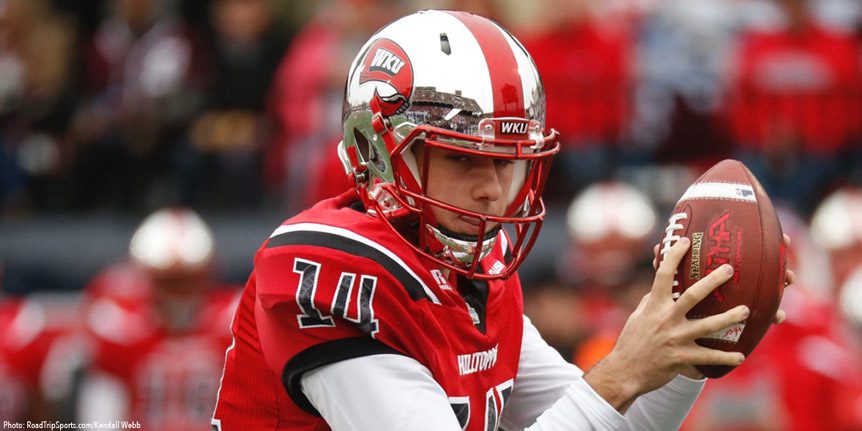 The most common run concept we call from our 11-personnel empty formation is QB Power. We run the concept the same as our one-back power from more traditional 11-personnel spread formation, minimizing the teaching for our offensive line. Our general rule for the play side of the offensive line is to block “On/Inside Gap.” The play side guard (PSG) and tackle (PST) will adhere to covered/uncovered rules.

When we get a double team, either on a 3-tech or 0-nose, we utilize a Postman/Driveman technique. The Postman (inside offensive lineman) will take a slight lateral step inside, protecting him from a slanting defensive lineman or immediate linebacker run through, and a vertical step with his outside foot through the midline of the defender. He’ll utilize a “Single-Underhook” with his outside arm, while keeping his shoulders square and eyes to his linebacker. If either the play-side linebacker or backside linebacker runs through the backside gap of the double team, the Postman needs to be prepared to disengage from the defensive lineman and “Close the Window,” blocking the filling linebacker with play-side leverage.

The Driveman (outside offensive lineman) will use a gallop step, driving his play-side knee through the midline of the defender, while keeping his shoulders square and his outside arm free. Once we create displacement at the first level, the Driveman needs to define the hole for the ball carrier by throwing the defensive lineman to the Postman, sealing him inside, then climb to the linebacker and build the wall. In the event the backside linebacker plays fast over the top, we teach the Driveman to “U him out,” essentially using the defender’s momentum against him to drive him past the hole. It’s important to emphasize with your OL to keep their shoulders square when executing this.

One of the most challenging aspects of coaching this technique is controlling the aggression of the Driveman. We see young offensive linemen want to sell out when throwing to the Postman, and in the process, allow his outside arm to become involved in the block and turn his shoulders and hips in the process. This takes him out of position to effectively attack a second-level defender, and often leads to him playing behind the block or missing his linebacker entirely.

Getting a great block by our backside pulling guard at the point of attack is critical in the success of this play. We teach a skip pull technique, wherein the backside pulling guard pushes diagonally off his outside foot, gaining as much ground and depth as possible, while keeping his shoulders square to the LOS. He’ll crossover behind his inside foot and come to balance off his third step, ready to insert into the LOS. His eyes need to be not only focused on his linebacker, but the front-side blocks as well, so he can determine his best path. If there is no clean insert into the LOS, the backside guard needs to hit the first wrong-colored jersey to get the play started, allowing the quarterback to take a Cram Path through the A-Gap and get what yardage he can.

The most efficient concept we use in our empty QB run package is our 3×1 Saint concept (See Diagrams 1 & 2). It allows us to take advantage of Cover-4 and Cover-2 looks where the boundary safety or corner is aggressively filling for run. The quarterback’s read is a simple inside/out progression and gives him options to “Grip and Rip” in hot situations. Our Y-Receiver, typically our biggest body, runs a “Winning-Angle Post.” Wherein he has the option to keep his route as skinny or fat as necessary to get open. He needs to keep his eyes on safety rotation and adjust accordingly. Against a 2-high or cross-read safety contour, he’ll look to keep his route skinny, looking for the ball 1 yard after passing linebacker depth. Against 1-high looks, he can take a thicker angle on his route and look to cross the face of a safety rolling to him.

Our slot receiver will run a Mandatory Outside Release (MOR) fade, widening the flat defender. He’ll read safety leverage and “grab grass,” essentially finding space in the defense and working himself open. In Cover-0 or hot situations, he needs to stack his defender and look for the ball immediately.

The X/Z receivers will run an expansion slant, taking a fade release on his first three steps to turn the corners hips to the sideline. Off his third step, he’ll cut flat underneath the corner, working back toward the ball, and look to throttle in space.

One of the first things our staff looks at when incorporating a new Run-Pass Option (RPO) concept into the game plan is, “Is the read definitive?” Our goal is to eliminate as much gray area for our quarterback as possible, allowing him to make the correct read quickly and efficiently. We define our third-level read as a “throw unless” situation, wherein the quarterback’s progression is to take either the tagged field concept or the boundary gift, before deciding to run.

We have two goals in using this verbiage:

When reading a third level defender, we tell the quarterback he has one reach-step and one hitch-step to decide where the ball is going. We want to either have the ball out of the quarterback’s hands or have him committed to the run in less than 2 seconds. This forces the defensive secondary to define their drops – allowing the quarterback to make an efficient read – while also allowing the run scheme to develop.

Whenever incorporating RPO schemes into your offensive system, your quarterback’s eye discipline will be a major factor in the efficiency of his decision-making. This is commonly something young quarterback’s struggle with in live situations due to the variety of coverage contours that a defense can present. To expedite this learning curve, we focus heavily on the boundary safety’s pre-snap alignment – specifically his relationship to the boundary hash – to give the quarterback a key to decipher where the ball needs to go (See Diagrams 3-6).

Generally, safeties have a more difficult time disguising coverage because of the amount of distance they must cover within a given scheme. Anything more than 2 yards outside the hash is considered “Heavy Run Leverage” (See Diagrams 3 & 4), meaning the defense is less likely to roll their coverage to the field. The quarterback’s first thought should be to work the field concept. If the safety is aligned 2 yards or more inside the boundary hash, he’s considered to have “Heavy Pass Leverage”(See Diagrams 5 & 6) and more likely to either cross-read to our No. 3 receiver in Cover-4 or drop to the post in Cover-3 or Cover-1. If the boundary safety is aligned in the grey area between the two heavy leverage positions, we tell our quarterback to “Ride and Decide.” This terminology is a bit of a carryover from how we teach our inside zone linebacker read, wherein the quarterback has until his mesh with the running back is completed to decide whether to give the ball or throw the tagged concept.

When the quarterback reads the defense rolling to the pass strength, thus giving us a run look, it’s absolutely imperative that he not drift in his drop. Because our Q-Power scheme is slower-developing runs, the angle he attacks the LOS, as well as his relationship to the pullers, is huge in determining the success of the concept.

What we teach both the quarterback – and the running back (when running our power concepts from traditional 11 and 12 formations), is to attack the play-side A-Gap and work out, reading the puller’s insert into the LOS and cutting off his leverage on the play-side linebacker.  We’ve found that by being patient in pressing A-Gap allows for a longer sustained double team at the point of attack, creating more displacement on the LOS, and allows the runner to work inside/out when reading leverage on the play-side linebacker, essentially giving him a two-way cut into the secondary.

To teach patience in A-Gap, we tell the ball carrier to attack downhill and come to balance. This is done by shortening his stride and widening his base and will allow him to make a lateral jump cut, keeping his shoulders parallel to the LOS, and burst vertically off the lead puller’s leverage.