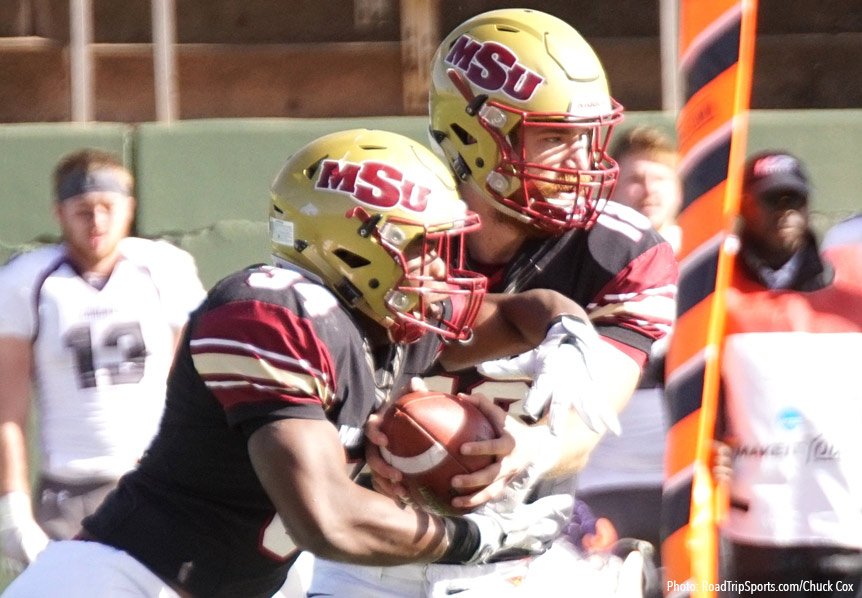 There are few things more detrimental to a team’s chance of winning than turnovers. Fumbles may be the worst sort of turnover, because the majority of the time, they are completely preventable. Tom Creguer is running backs coach for Northwood University. In his team’s last 506 carries, they have exactly 1 fumble among players who consistently train themselves to avoid this costly turnover.

In this Q&A, Creguer is joined by three other talented coaches:

Editor’s Note: This article has been edited for length and clarity.

Q: For the longest time, coaches have taught running backs they need to switch hands when carrying the ball, depending upon the side of the field they’re on. If a back’s heading down the left side of the field, he switches the ball to his left hand. Right side, right hand. Why do you think that’s a good idea in today’s game, or if you think it’s a bad idea — and players should keep the ball in their dominant hand — why do you think that’s the correct way to go?

Tom Creguer, Northwood: You talk to 100 guys, you’re going to have 100 opinions. But ultimately it’s going to come down to switching hands or not. My rationale is that turnover margins are so powerful in terms of outcome and games that I want as few people having access to the ball as possible. I want that sideline to be “our guy” and the ball in the outside hand. If you’re saying your running back can’t switch hands, you’re telling me that you haven’t trained your running back well enough to create the ability to go both ways. That’s like saying a quarterback can only throw to his right side and you’re not going to work on his left.

Re’quan Boyette, Duke: I do not believe a running back should be switching the football while running down the field. The margin for error is greater for dropping the football. I know there are techniques used to combat this, but as a running your most important job is ball security and that means not putting the ball in harm’s way. However, I do believe that a running back should have the ball in his outside arm while running down the field, because now has an off-arm weapon to use on defenders, coming from inside out, to increase protection

Eddie Faulkner, Pittsburgh Steelers: Carrying the ball in your inside arm undoubtedly exposes the ball to more risk. There are more defenders on the inside and they are all in pursuit of the ball. In the NFL, defenders are coached to “ball search” and see the ball as priority. They are taught to punch, club and rip at the ball to create turnovers and gain a possession for their team. I coach players to switch to their outside arm whenever there is space and time to do so. There are two times when I discourage switching the ball: when in traffic and when in a foot race where switching the ball could slow you down. Outside of those two scenarios you would want the ball in the outside arm (near-sideline arm) whenever possible.

Q: For the longest time, high-and-tight was the mantra. If you want to remind a guy to secure the ball in traffic, you might holler high-and-tight during drills. Others exist too. For example, “chin the ball” and “close the backdoor” come to mind. What are the coaching cues you use with your running backs and wide receivers, and why do you think those cues are appropriate for what you’re teaching?

Creguer: I never teach my guys more than three things. If I’m teaching more than three coaching points, it’s overwhelming. A running back has blocking responsibilities, check-down responsibilities, and a wide receiver needs to know coverages. There are so many different elements. When I think ball security, we use the word “finish.”  We start every drill will finish, every individual drill with finish and every technique with finish. We finish with the arm bar across the forearm. We finish with no holes in your back, making sure to check your six. We create the habit of finishing.

Boyette: Coaching cues, or “buzz words,” are a major part of my coaching and our coaching at Duke. One cue is HD, which means the hopes and dreams of the entire team. We must protect them with the correct fundamentals and techniques. When backs hear this term, they understand they put the ball in a unsecured position and immediately must “pull their wrist to their chin,” “close the back door” (bring elbow to rib cage), and have the ball as a “magnet to their breast plate” (meaning the ball should not move as if the ball and breast plate are magnets to each other…visualizing is key). “O.D.B.” (Our. Dang. Ball.) is another term I use to emphasize ball security in which you get the same result in response from the players. “Take it with you” is a cue used to emphasize ball security. The emphasis of this term is on guys swinging the football in traffic and leaving it by the waist/side when making cuts. Once they here “take it with you,” they understand they must violently snatch or pull the football with them. All these cues are names of actual ball security drills that I do to emphasize coaching points.

Faulkner: I’m an old fashioned coach in the sense that I stick with “High and Tight.” It’s easy to say, the players all know what it means and they should be able to tell you the five points of pressure: fingertips, palm, forearm, biceps and chest plate.

Q: Spread-based, RPO-driven offenses continue to dominate at the high school, college and even in pro football, and that means that fumbles during mesh have increased as a type of fumble we often see. What are one or two good coaching points you might have to teach quarterbacks and running backs on how best to handle that mesh point without putting the ball on the ground?

Creguer: Our cues that we teach in terms of the mesh element is that you’re responsible for executing and initiating the handoff. When you come in and the mesh pocket is open, we talk about supinate the thumbs, meaning nice wide pockets. Feel that stress on your wrist as a running back. Then as a quarterback, don’t just hang the ball out there. You must lift and distribute. When the running back feels pressure on that top hand, he should close the gap. When he feels pressure on the bottom hand, it means the quarterback is pulling it away. When the quarterback pulls the ball, he doesn’t pull high, he pulls low. If you’re giving, you’re lifting up. If the ball is coming down, the running back knows the quarterback is pulling it.

Boyette: Both positions must know what footwork they are using on a particular scheme as the footwork will marry up and help with a smooth exchange. Both positions must understand and know where the landmarks are on the particular scheme they are running. This allows the quarterback and running back to know who has the midline, access to the hole, and it will allow them to keep their feet out of each other’s which could cause a fumble if they are tripping over each other. Another key part of the exchange is the quarterback knowing how to hand the football off and the running back knowing how to take a handoff. This may sound simple but it is critical in the success of an exchange. The key thing in all of this is reps. Continue to find ways to rep the exchanges as much as possible.

Faulkner: Successfully exchanging the ball between quarterback and running back takes reps. I think sometimes the players get ahead of themselves and want to start running before they have secured the ball. My coaching point to a running back on a quarterback exchange would be to make sure you have a big pocket. I like to say “pinky on belt buckle and thumb on sternum” to drive that point home. That way, the quarterback has room for error in his ball placement in an effort to execute the RPO, zone read, power read, flash fake, and so forth.

RELATED ARTICLE: How To Implement Important Fundamentals of Punt Return

Q: Pocket-awareness fumbles happen more often than anyone would like. It’s one of the few types of fumbles that you can just see coming. The quarterback is typically the main contributor to the fumble due to collapsing protection and/or scrambling. So far, eyes in the back of one’s head remain more a figure of speech than a practical reality, so what are one or two of your coaching points that would help quarterbacks improve their pocket awareness and prevent unnecessary turnovers?

Creguer: The No. 1 fumble in the game comes from quarterbacks. They need to have a mental clock. Our linemen can’t block for 4 seconds, and we’ve got some pretty good athletes. Quarterbacks have to think 3 seconds, secure the ball and go, whether that’s tucking the ball away or getting it out of his hands.

Boyette: There are two things I would tell a quarterback to improve ball security in the pocket. The first is strive for great pocket movement with two strong hands on the football at all times. Many quarterbacks like to have only one hand on the ball and use the other as a guide or protective mechanism and stand in one spot without moving in the pocket to the open seams. Having two strong hands on the ball at all times helps prevent in-pocket fumbles, along with sliding the feet and finding open seams to throw. The second is timing. Do not hold the football. Quarterbacks must understand they need to get the football out of their hands and they cannot hold the football as defenders are rushing. Make your left tackle (for right handed quarterbacks), or your right tackle (for left handed quarterbacks), an All-American by getting the ball out and not giving up sacks or fumbles. This timing is also on the entire skill group running routes. Everyone must be on the same page and ready when the quarterback is ready to deliver the football.

Faulkner: Telling the quarterback to keep two hands on the ball in the pocket is easier said than done, but it needs to happen. Honestly, my second concern is about protection breaking down and how to can fix that. Addressing protection issues gives you a chance to sell the offensive line on where their ownership lies within ball security. 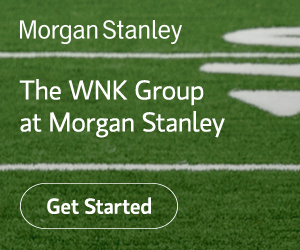