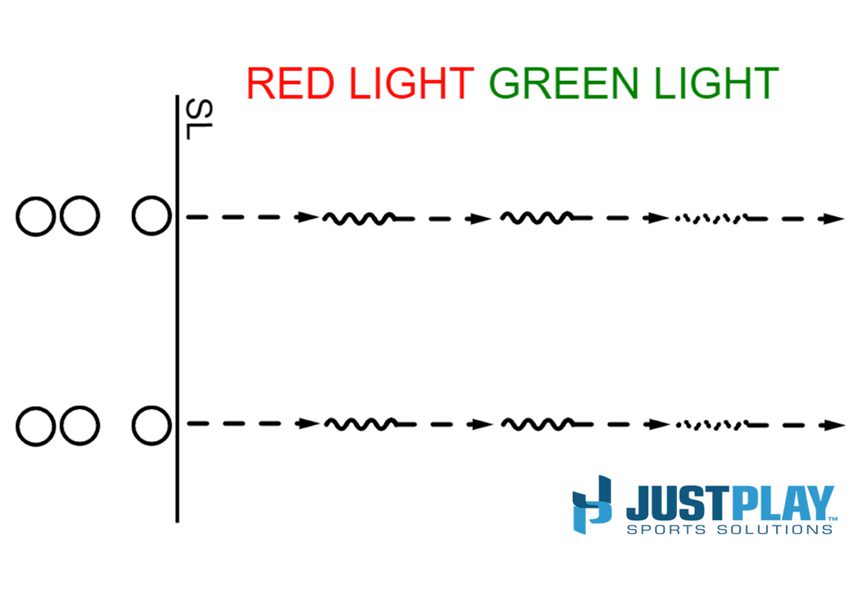 Within the game of football, every position on the field is just as skillful and important as the next. Every position requires great attention to detail and tons of repetition just to be good and even more to be considered one of the greats, at any level.

To me — and I may be a little biased because I played and coach the position — wide receiver is hands-down one of the hardest positions to be great at. The wide receiver position can be the most graceful position on the field when it is played the right way. To me, the position is an art as well as a lifestyle. It requires precision, tedious attention to detail, specific physical attributes demanded by the position, and the relentless work all players must put in.

Little nuances make a huge difference. Receivers must have a plan for everything and transition at the blink of an eye if initial strategies do not work. They must know that the only thing that the defense dictates is the leverage they give and the coverage they play. It’s the receiver’s world and they control the outcome; they must win every matchup.

If it’s man-coverage, the receiver must dominate the defender every chance he gets. They must impose their will within the run game as well as the pass game; they can’t just be one-dimensional and only show up when the ball is in the air.

The same thing goes for zone-coverage. Receivers are still responsible for getting to a spot on the field in the pass game. With the run game, receivers still have a defender to block. Get it done and always stay locked in.

What is most important to me in the development of receivers are the fundamentals that should be drilled and never deviated from. At the end of the day, football is football. There’s no reinventing the wheel when it comes to fundamentals or football in general. Of course, there are tweaks, unique approaches and different philosophies, but it’s imperative to stick to the basics.

A coach can put his twist on any drill, but the most important aspects that must be taken into consideration are:

With time constraints and periods such as Team, Inside Run, 7-on-7 and Special Teams, Individual periods are usually sacrificed and scaled back. As a result, it is important that when time is given to have position-group work, every minute should be accounted for practice so goals can be met.

So how does the coach get the most out of those individual-period minutes? I believe the most efficient approach is to run two separate drills per 5-minute period and switch them half way through which would be around the 2:15 mark. It’s an easy and smooth transition.

Drills vary from coach to coach. There’s no wrong approach to take, but as I mentioned before, try to keep the drill work relevant. Don’t waste time.

I’m a firm believer that releases, footwork, change of direction and blocking should be drilled every day. Ball drills are always a major component; receivers can never get enough catches per day. I try to get in most of my ball drills during pre-practice while still incorporating them into other drills, along with the touches they will see during RVA, 7-on-7, 1-on-1, and so forth.

When I pair my drills for practice, I usually designate one drill out of the split be effectively run by the players and make it something that doesn’t involve a ball unless an assistant can help run the drill. Athletes should already know the keywords and cadences because they have heard them repeatedly through coaching. They should also know what feels right and what looks right.

Most of the time, the player-run drills will be Stance & Start, Blocking and Releases. They can still be coached up by a nearby position coach assigned to running the other drill. Meanwhile the group that is with the coach will be doing drills that include top of the route, footwork and change of direction. Those drills usually have a ball incorporated within the rep at some point, but can also be done without one.

The drills outlined in this article can be done any time during practice. They all serve a purpose.

Red/Green Light (See Diagram 1) is one of my favorites because it’s a great measuring tool on posture (chin, knee, toe), body control, and the ability to decelerate and accelerate. Coaches can tell right away who has good bend and how efficient a player is at the top of intermediate routes (Dig, Out, Comeback, Curl). Ideally, receivers should get out of breaks in three steps or less; any more than that is inefficient.

Colored Tennis Balls (See Diagram 2) force players to lock in on the incoming ball. They must track the ball after having their backs turned, give the color and make the catch within seconds. It’s great for hand/eye coordination and concentration. It also forces receivers to develop soft hands catching a smaller object and not fighting the ball.

Capture The Flag (See Diagram 3) is one of the best blocking drills I have come across and the best way to become a better blocker. It gives coaches an indication of who wants to compete and fight. It puts all of the key fundamentals of blocking into one drill instead of using stationary pop-up bags. Most of all, it provides the most realistic look for both sides of the ball. Start in a Rocket stance. Line up on the sideline facing the field. Go on the whistle. When the
next whistle blows, hit the brakes. Go on the next whistle. Players must move only on a whistle. is drill is done at full-speed; players must not hesitate.

Coaching Points: Violent hips and arms help. Players should slam on their brakes and avoid anticipating the whistle. This builds muscle memory from the chin through the knee and toe. Align on the sideline. Players are assigned numbers, such as 1 through 6. They start with their backs turned. When a player’s number is called, he makes a quick turn and yells the color of the ball thrown to him before he makes the catch. The ball is thrown back to the coach in the order it was caught.

Coaching Points: This teaches soft hands, focus and looking the ball into the tuck. Coaching Points: Helps teach a great base, live feet, strike and stone, hand placement and shuffle. Do not extend or reach.