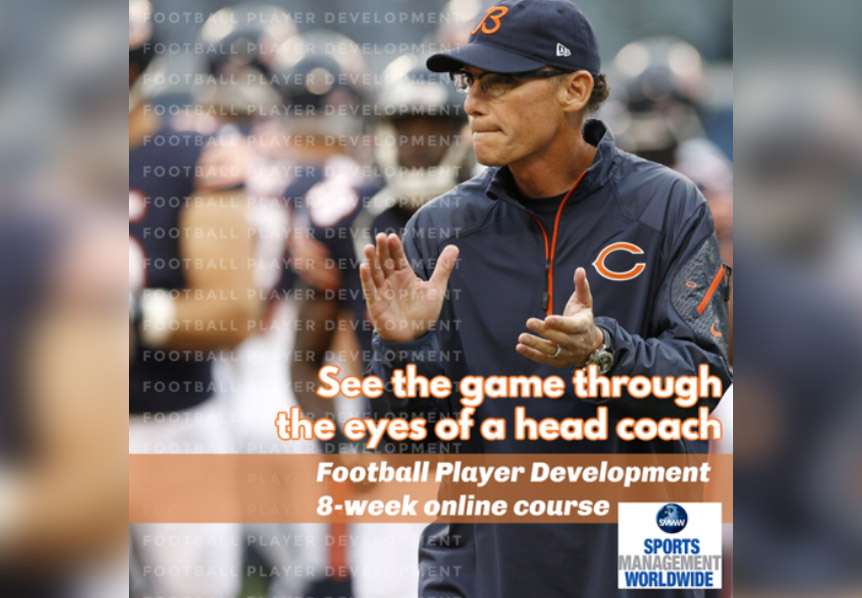 Winning in football isn’t just a matter of talented players and game plans – it requires organizational discipline, leadership, and culture. That is how you unlock the true potential of each player. As coaches, you all know the importance of getting your team ready to win a game before they even step on the field. Football player development is all about what you have to do as coaches for your players to set them up for success and how you, the coach, can lead your players to a win. The football teams with the best player development and mentoring programs are the most consistently successful in sports. 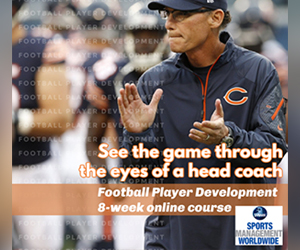 Now is your chance to learn about how to develop your players into better athletes, establish a winning culture, teach leadership skills to your players and coaches, set up your team for success, and master coaching the QB position.

Our live interactive 8-week online Football Player Development course, taught by former NFL Head Coach and 2x CFL Coach of the Year Marc Trestman, will teach you how to develop a winning football program through the eyes and responsibilities of an NFL head coach. Marc has years of experience at every level of the game of football and coached at the highest level too. He is a master in leadership teachings, an offensive guru, and will personally mentor you!

Not familiar with Marc Trestman? Over nearly four decades Marc Trestman has established himself as one of the brightest minds in offensive football. A former QB himself at the University of Minnesota and Minnesota State Moorhead, Trestman has helped develop and recruit some of the most recognizable QB’s in the game — including Steve Young, Russell Wilson, Bernie Kosar, Jake Plummer, Rich Gannon, Jay Cutler — the list goes on and on.

Beyond his expertise on the offensive side of the game, Trestman has also become well known for his devotion to a positive organizational culture and philosophical unity. As a member of the national advisory board for the Positive Coaching Alliance, Marc has shared his perspective on the purpose of coaching, establishing culture and leadership, how to treat players, and handling opponents with respect.

Learning from a coaching mind like Marc Trestman, is a once in a lifetime experience and will elevate your football knowledge beyond those who are coaching at your same level. It’ll help give you and your team an edge on the competition.

Football is a game of inches and anything you can do to help give your team that extra inch, you’d take right? You can apply now for free to learn from Marc Trestman and help elevate your team and your coaching career.