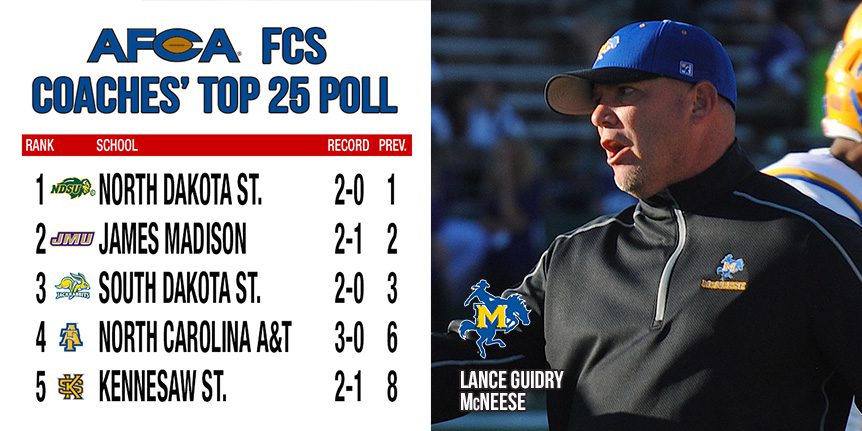 McNeese’s 20-10 victory over then-No. 12 Nicholls makes them one of the biggest movers in the AFCA FCS Coaches’ Top 25 Poll this week, jumping them five spots to No. 10. The Cowboys’ win moves Nicholls down six spots to No. 18.

Following their 38-7 win over North Alabama, North Dakota State remains No. 1, receiving all 26 first-place votes. James Madison checks in at No. 2 for third straight week. The Top 5 is rounded out by South Dakota State, North Carolina A&T and Kennesaw State.

The lone Top 25 matchup this week will send No. 11 Sam Houston State to Thibodaux, Louisiana, to take on No. 18 Nicholls.