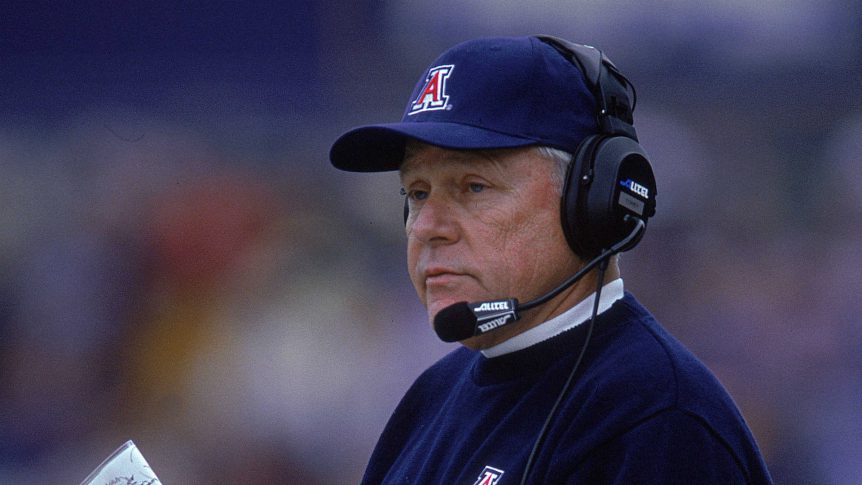 The American Football Coaches Association (AFCA) is saddened to hear about the passing of 2009 AFCA President and former head coach at Hawaii, Arizona and San Jose State, Dick Tomey. He passed away last Friday night after a battle with cancer.

Tomey was a dedicated member, serving two stints on the AFCA Board of Trustees, from 1996-2000 and from 2005-09, spending his final year as president while the head coach at San Jose State. Tomey earned AFCA Regional Coach of the Year honors in 1992 while at Arizona.

After spending 14 years as an assistant coach at places like Davidson, Kansas and UCLA, Tomey earned his first head coaching opportunity at Hawaii in 1977. He led the Warriors for 10 seasons, earning a 63-46-3 overall mark. In 1987, Tomey took over at Arizona. In his 14 seasons leading the Wildcats’ football program, Tomey became the winningest head coach in program history. He went 95-64-4 as the head coach, directing the Wildcats to nine winning seasons, seven bowl games and four bowl victories. He earned Pac-10 Coach of the Year honors in 1992, becoming the first coach in school history to win the award.

Tomey finished out his head coaching career at San Jose State from 2005-09. He led the Spartans to a 9-4 record in 2006, and a victory in the New Mexico Bowl. Tomey finished is career with 183-145-7 overall mark at Hawaii, Arizona and San Jose State.

Dick Tomey was born in 1938 in Bloomington, Indiana, and played college football at DePauw University. He is a member of the Arizona Sports Hall of Fame and the Pima County Sports Hall of Fame. Coach Tomey is survived by his wife Nanci, four children and five grandchildren.