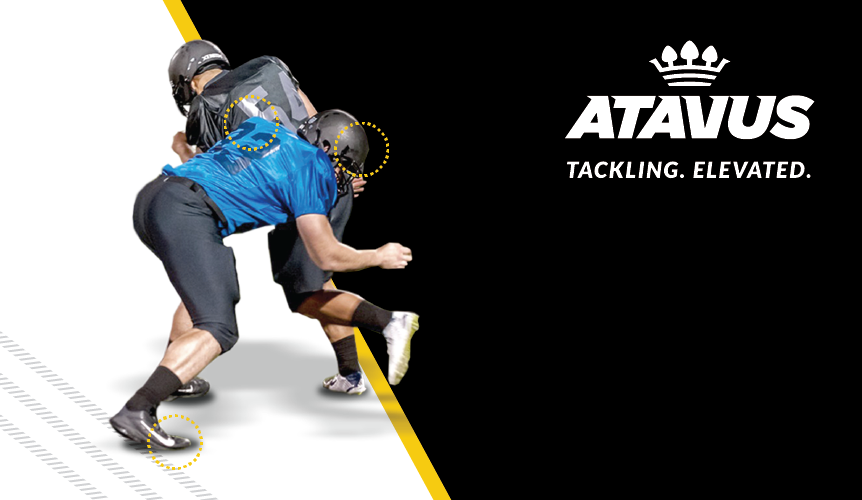 When Mike Lengel played high school and college football, he learned that not using your head in the tackling process meant you were tackling poorly. So, it just made sense when he served as an assistant coach at Lakeside School in Seattle, he’d teach tackling the same way.

But, after seven years serving as an assistant, and watching injuries pile up while participation numbers dwindled (only 16 players remained on the squad at the conclusion of the 2016 season), Lengel knew a change in direction needed to be made.

Lengel was promoted to head coach at Lakeside in 2017, which coincided with the football program officially partnering with Atavus. (The school had been unofficially working with Atavus for two seasons prior to this to get a feel for the system through connections at the company and watching their instructional videos.) 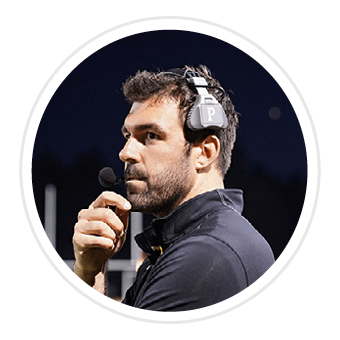 The connection between Lakeside and Atavus strengthened when Lengel needed to put together an almost entirely new coaching staff. An employee at Atavus was interested in coaching, so Lengel brought him through the interview process, found him to be a great fit at the school and hired him.

“He was unofficially our ‘tackling coordinator’ and while he wasn’t directly involved in our account or partnership, he oversaw how the tackling curriculum and implementation fit into our defensive scheme,” Lengel says.

The shift to Atavus and a further focus on safety allowed Lengel to dramatically increase numbers in his first season as coach (up to 35 from 16) as he quelled a lot of parent concerns. Those increased numbers and the new defensive direction led the squad to an 8-2 record in 2017 with a trip to the playoffs, and most importantly, no tackling-related concussions.

While Lengel gives credit to Atavus for helping with the turnaround, he also knows this kind of change in instruction isn’t something that’s going to happen overnight, or even in the course of a summer.

“I’d say we went from ‘here’s a new way to tackle’ to ‘this is how we tackle’ over the course of two to three seasons, and in a lot of ways, we’re still building on our understanding and implementation of it,” he says. “The basics definitely can be taught as a concept in the offseason, but we found that it takes a few seasons to build the situational awareness, confidence and skills to a place where you see consistent results on the game field. And it should be that way!

“If you’re changing the way you do any fundamental motion or action, you have to be patient enough to allow it to progress naturally. So, for us, we’re considering it a never-ending process of improvement and understanding.”

Lengel attributes the drills provided by Atavus to a lot of the reason why Lakeside’s tackling has improved so much. He says first-year up to fourth-year players all get something out of each drill, which makes it easy to have team-tackling units during practice, but at different times, he still splits off the more experienced players while keeping the younger players focusing on the fundamentals. 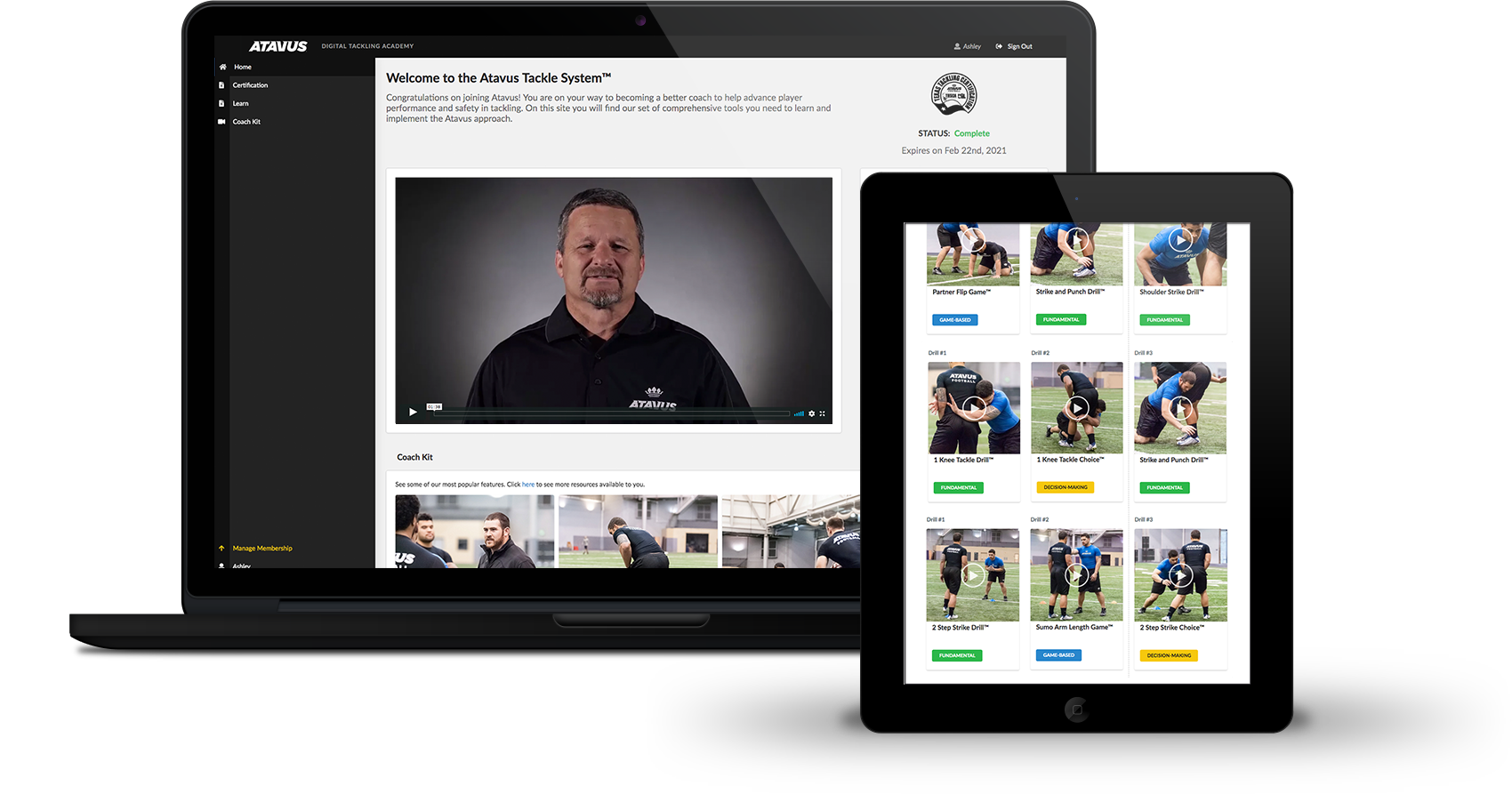 “And now that this is our third year as a staff teaching the drills, we’ve even been able to build on the them ourselves and add little elements to the drills that make them specific to our team, and our strategies and concepts,” Lengel says.

The film-analysis portion of the Atavus system is incredibly useful for Lengel and his staff too, because he says it’s rare for a high school player to “remember their spine-angle on play #76 from the game two days ago.” Now, they have these specific examples available to reinforce their teaching points.

When it comes down to it, Lengel knows his players are more confident on the field because they aren’t fearful of getting injured while tackling, especially when facing the bigger teams in their league.

“Players need to have the confidence that they can safely and efficiently initiate or finish the tackle individually, and trust that teammates will be there to help because that’s what we work on all day long at practice,” Lengel concludes. “Even on the last practice of the season, we were drilling some of the most basic stuff Atavus has to offer, and that’s because we want our players to feel like they’re always improving.”