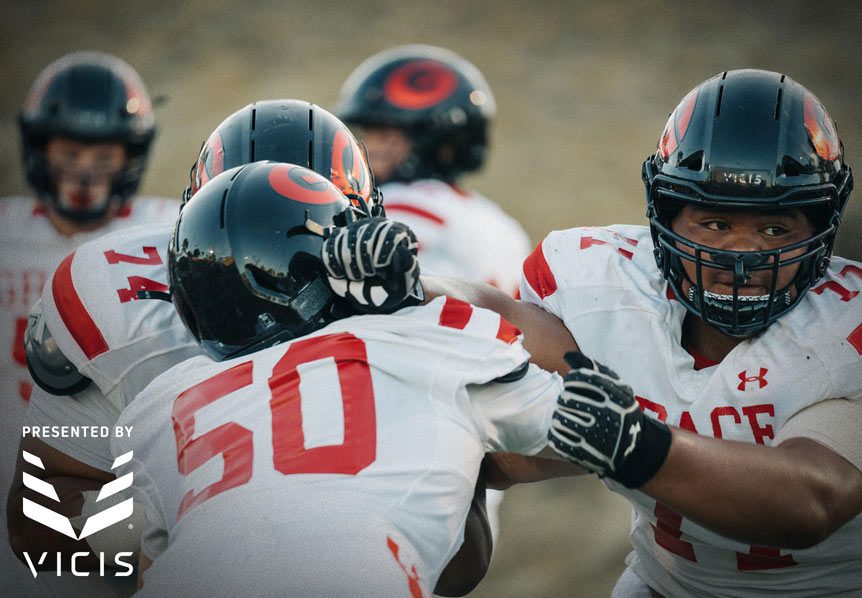 Kevin Kelley is a consummate risk-taker. Commonly referred to as “the coach who never punts,” the head football coach and athletic director of Pulaski Academy (Ark.) High School is known for always going for it on 4th down and always running the onside kick after a score.

Kelley has a head for numbers, having derived his strategies from good old fashioned statistical analysis. He is as comfortable presenting at the MIT Sloan Analytics Conference as he is running his program from the sideline. As he so often puts it, “With not punting and the onside kicks, I know I have a statistical advantage.”

Kelley also knows he can achieve an advantage when it comes to player safety, and that is choosing the right equipment for his student-athletes before they ever reach the field of play.

“I mean, choosing the right equipment for safety is the No. 1 thing for a coach right now, especially when you’re made aware of all the things that are going on with helmets and concussions and CTE (Chronic Traumatic Encephalopathy),” says Kelley. “There’s two good reasons. First, you want to keep them safe. I’ve talked to a neurologist that will tell you we really don’t know as much as we’ll know in the next five years. We know just a fraction in reality, but you want everybody to feel safe, too. So you want to keep them as safe as the technology allows, but you also want them to feel safe and comfortable, because I think the more confident somebody is, the less likely they are to get injured. If they feel comfortable and safe, then they’re going to perform better.”

For the 2018 season, Kelley and the Pulaski program made the decision to give VICIS helmets a hard look for their entire football program. Kelley says he’s an outside-the-box thinker, and he’s always looking for something better. For him, the technology behind the VICIS helmet made sense.

“I’ll go to the football conventions where we can talk football, but I’ll also look for better equipment and other things that can help,” says Kelley. “I came across these helmets and did some research on them, saw the videos. I was impressed. Then, I got to talk to the higher-ups at the company themselves, and was just really impressed with technology behind it and the research that had been done.”

The next step in the conversion process was to see if the program could afford it. He went back to Pulaski and started to raise money for the conversion.

“When you’re trying to raise money for it, you have to talk about what the No. 1 thing is you can invest in,” he says. “It’s the kids — your own kid and other people’s kids. So, we found a few people who were willing to do that and who really bought into it. Then, we had to go back to the company. It’s one thing for them to say they can do this and that, but are they really willing to come out and show us that it fits, because besides all the rest of it, the helmet has to be comfortable too. I’ve seen a lot of helmets that are supposed to be safer, but if the kids don’t like them, you have a whole other set of issues to contend with.”

VICIS sent one of its employees to Little Rock, Ark. He stayed for three days at a hotel in town, coming out each day to the school to fit helmets.

“Their customer service is second-to-none,” says Kelley. “He let us play in them and do what we needed to do. He wanted the kids to be comfortable. He brought a lot of different attachments that they could size-in and make the helmet fit just right. You can physically tell they’re different when you feel it and look at the inside and feel the shell on the outside.”

In the end, Pulaski pulled the trigger and converted the entire team to VICIS helmets. While Kelley understands that no helmet can prevent a concussion from happening, he remains convinced that the helmets kept his players safer during the 2018 season.

“I’m super happy with the results,” he says. “This is the first time in years that we haven’t had a concussion during a football season, practice or game. That’s the No. 1 thing you’re worried about. It’s been fantastic. When we go through the season without one, you feel pretty doggone good.”