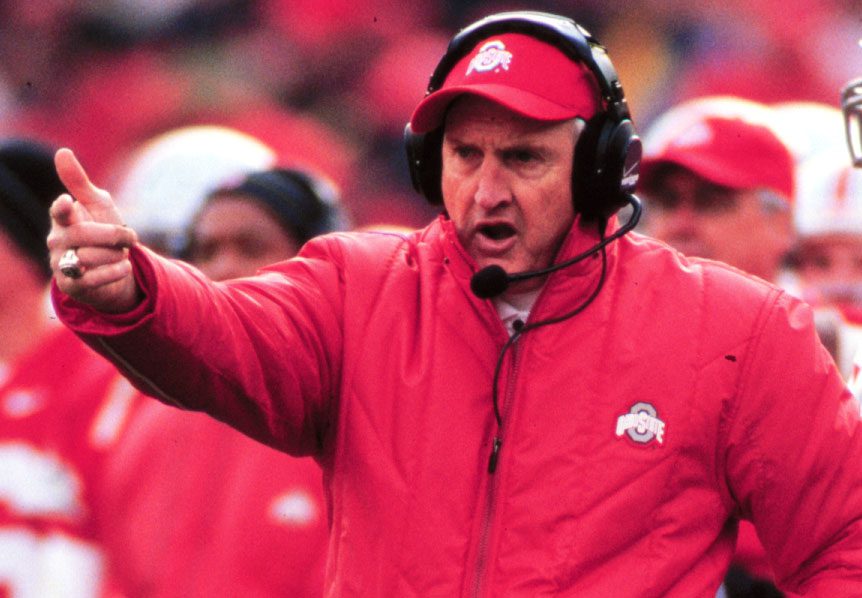 When considering the list of programs upon which the foundation of college football has been built historically, it doesn’t take long to reach Ohio State. The scarlet and gray. The dotting of the “i”. The Horseshoe. The helmet stickers.

John Cooper had the privilege to lead the Buckeyes for 13 seasons from 1988-2000 but if not for his high school football coach, he may have been working at a gas station in his hometown of Powell, Tenn.

“I was one of six kids and raised way out in the country. When I was in high school, whatever job you got out of high school, that’s basically what you did the rest of your life,” Cooper explains. “One day in passing, my high school football coach, John Clabo, was introducing me … and said I’m the quarterback of the football team but it was like having another coach on the field. Then he said, ‘matter of fact, John, you might make a good coach.’

Lucky for the game of college football, and for programs such as Tulsa and Arizona State (the two programs he led prior to Ohio State), Clabo believed in Cooper and communicated that belief. It’s the power of influence coaches hold and it’s stronger than they think.

“High school football coaches have a tremendous influence over their players,” Cooper continues. “They don’t make a lot of money, but you have influence over your players.”

As with most coaches, it wasn’t the easiest path for Cooper to move up from the football fields of Powell High to the pristine setting of the Horseshoe, but his passion for the game, ability to process football information and an innate mental toughness, created opportunities for him to move up the coaching ladder. He started with an offer of an unpaid position coaching the freshman team under head coach Clay Stapleton at his alma mater, Iowa State, in 1962 on one condition.

“I said I’d do it if I could sit in on his meetings, and he could teach me how to be a better coach,” Cooper says.

That initial Iowa State offer led to assistant-coaching positions at Oregon State, UCLA, Kansas and Kentucky before landing the head job at Tulsa in 1977. Moving around the country requires a coach and his family to be mentally tough, which is a trait he sought to sharpen in his players.

That love for his players — whether it was instructing his own son or building up the confidence of the last athlete on the roster — is what kept Cooper coaching for almost 40 years.

His son, also named John, played for him at Tulsa. He says he treated every player just like John.

“Later on in my career, I had a reputation as a good recruiter. The message I’d tell the mothers when I was in their homes was if you send your son to play for me, I’ll make you one promise — I’ll treat your son exactly how I treated my son. It’s pretty strong. That’s what I believe in, and that’s what we did.”