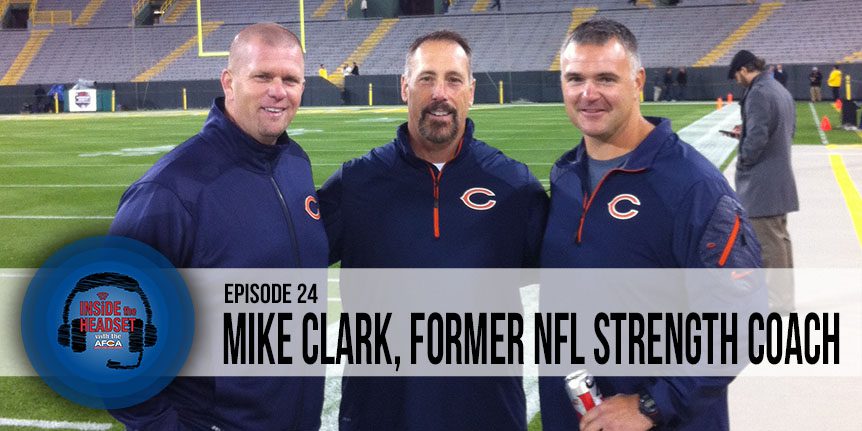 On this episode of Inside the Headset, we are joined by longtime NFL Strength Coach and current Director of Football Strength and Performance at Trinity University, Mike Clark.

Coach Clark is entering his second year at Trinity University, but he has nearly 40 years of experience in strength and conditioning. After spending 23 years at the college level (with stops including Oregon, USC, and 14 years at Texas A&M), Clark moved to the NFL to work with the Seattle Seahawks (2004-2010), Kansas City Chiefs (2010-13), Chicago Bears (2013-14), and Washington Redskins (2014-16). Clark is a three-time NFL Strength Coach of the Year, a Big XII Strength Coach of the Year, and a 2003 inductee of the of the USA Strength and Conditioning Coach Hall of Fame. As teams are in the thick of off-season, we caught up with Coach Clark about trusting the process.