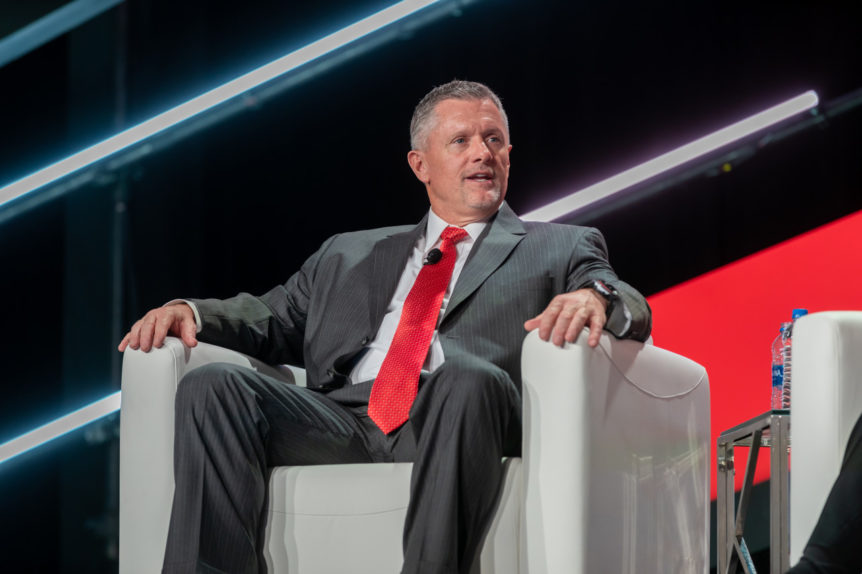 Kyle Whittingham has been a football coach at the University of Utah since 1994 and the head coach since 2005. In the 26 seasons that have come and gone since, Coach Whittingham has seen just about everything. But the mark of a great coach is one who is willing to share their experiences with those around them and Whittingham is one of the best in the profession. Coach Whittingham sat down with AFCA Executive Director Todd Berry during the Victory Formation of the 2020 AFCA Convention in Nashville, Tennessee.

Berry and Whittingham discussed his nearly 30-year tenure at the University of Utah to get things rolling. In today’s day and age, which has seen many coaches leaving schools for “bigger and better” jobs, Whittingham’s stay in Salt Lake City can be seen as abnormal. Not at a school that is viewed as a traditional powerhouse, Whittingham has definitely seen his fair share of offers from other schools. But why hasn’t he left?

Plenty of coaches have shared wonderful stories of what it was like to play for their father, whether it was at the high school or collegiate level, but not many people get the opportunity to coach with their father. Whittingham got that opportunity in 1994 when he became an assistant coach at Utah working with the defensive line. You can tell just how much that experience meant to him when you listen to him speak about the impact that his father had on his development as a coach.

After sharing much of his backstory, the discussion shifted to the things that have helped Whittingham get to where he is now. While he may currently be the head coach at the University of Utah, Whittingham’s college days were spent on the campus of in-state rival BYU and it’s also where he got his start in coaching. Whittingham has nothing but great things to say about the coaches he both played for and worked with at BYU and when asked about how other coaches have impacted his career, his answer was long but insightful.

Whittingham shared a quick story about how before Urban Meyer got the job as the Utah head coach, he really wanted and believed that he was ready for that job. The first time he met Urban Meyer is a story filled with both disappointment and excitement. His first meeting with Meyer was how he found out that he wasn’t getting the head coaching job but also ended up being something he described as a blessing in disguise. It is hard to know when you truly are “ready” for your first head coaching job and many coaches say you never are truly prepared for everything your first head coaching job will throw at you. Whittingham really thought he was ready and really wanted that job but described their first conversation as encouraging and the sprout of what became a great friendship as well as a lesson that he really wasn’t ready for that job yet.

Whether you’ve been a coach at an institution for 30 days or 3o years, the culture of the program is always going to play a large role in the success that your program has or doesn’t have. Whittingham shared some of what he does at Utah to help sustain the winning culture that has been built by his staff. Staff continuity is the first thing he mentioned on the topic. He described keeping the same guys around the players on a daily basis as well as making sure that the members of your staff are all pulling in the same direction. A consistent message is the key according to Whittingham. This is especially true when you’re pulling kids from so many different backgrounds like they are at Utah. The Utes’ three biggest states in recruiting are southern California, Texas, and the state of Utah. Utah is also one of the few schools that have such diversity in its players too. Whittingham said the team is nearly evenly split between Polynesian, African American and caucasian players. Getting players from such diverse backgrounds to all pull in the same direction year after year takes a lot of work. But according to Whittingham, it is vital to the success of your program.

Which leads to what was the most profound thing that Coach Whittingham said all night. The importance of the coaches on his staff understanding why they are there.

Using this frame of thought is what guides every decision that his staff makes on a daily basis. What is best for the players? By following this, Whittingham had Utah arguably one win away from the College Football Playoff in 2019 and has the program built for success long-term.

RELATED ARTICLE: How You Can Engineer A Winning Culture

Whittingham is one of the game’s best coaches and it is not hard to see why after watching this session in its entirety. He ended the evening by giving what he feels is the best piece of advice he can give to aspiring young coaches. Do the best job you possibly can at the job you are currently at instead of looking around for something bigger and better on the horizon. This will help you perform better at the job you are at which in turn will help you down the road when looking to move up in the profession.