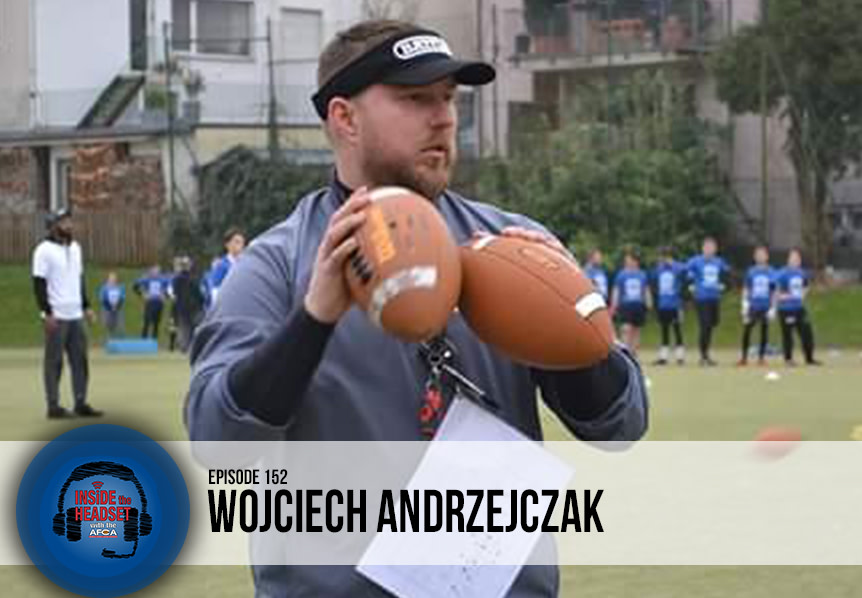 This week on Inside the Headset, we are featuring Coach Wojciech Andrzejczak. Coach Andrzejczak shares his unique coaching experiences, discusses the growth of football in Poland, and highlights the significance of coaching internationally.

Andrzejczak has also taken part in the coaches education program in China, where he helped coach youth football. In 2016, he was the defensive coordinator and interim head coach of the Kozly Poznan in Poland. Prior to that, in 2015 Coach Andrzejczak worked for the US National Football Team and USA Football Heads Up Protection Tour.

Coach Andrzejczak started his football journey with the Fireballs Poznan in 2005, where he helped with developing marketing and fundraising for the club. While playing, he was the linebackers coach and defensive coordinator in 2011.

Coach Voyt Andrzejczak has been involved in developing football in Central and Eastern Europe since 2005, through coaching education. He was described as one of the “founding fathers” of American football in Poland. Additionally, Andrzejczak has been a member of the AFCA since 2013, and his article “Polish your Kicking Game,” was published in the 2014 AFCA Summer Manual. He also published articles for American Football Monthly, USA Football, and American Football International.

Photo Credit: The Growth of a Game