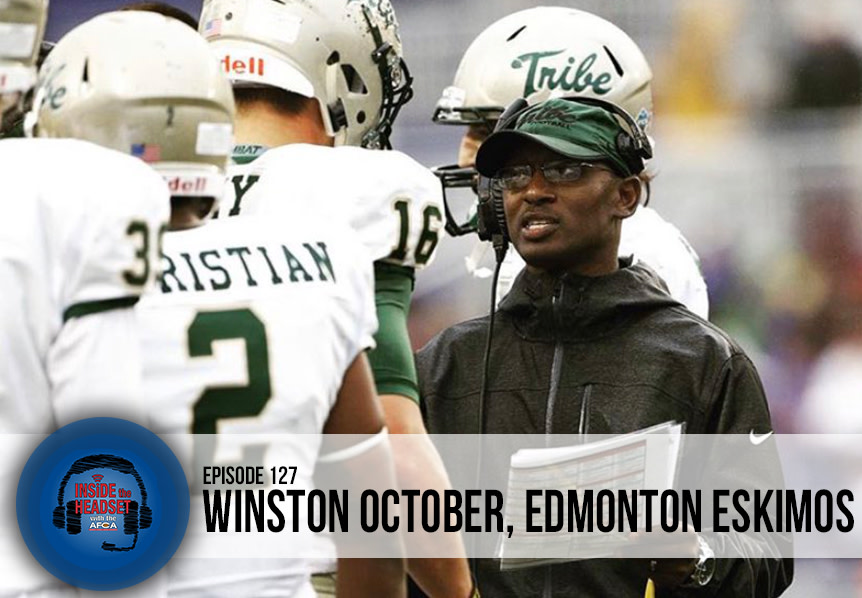 This week on Inside the Headset, we are featuring the Edmonton Eskimos Passing Game Coordinator and Wide Receivers Coach, Winston October. Coach October discusses his transition from playing to coaching, the challenges of coaching in different leagues, and the importance of networking at the annual AFCA Convention.