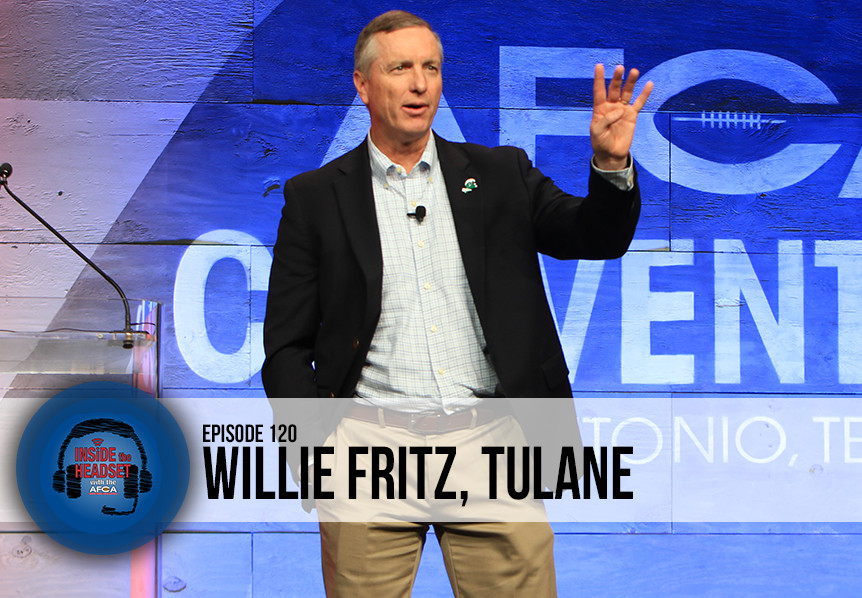 This week on Inside the Headset we are featuring the first-half of Tulane Head Coach, Willie Fritz’s general session speech from the 2019 AFCA Convention in San Antonio, Texas. Coach Fritz breaks down his program’s five-part, “Plan to Win” philosophy.

Willie Fritz inherited the keys to Tulane’s football program in 2016. In the past four seasons, Fritz has already made an impact, providing the program with a renewed sense of enthusiasm and a winning culture. The 2019 season marked his 27th as a collegiate head coach and 23rd leading an NCAA program at the Division I or Division II level. Fritz came to New Orleans from Georgia Southern, where he spent two seasons and led the Eagles to a combined record of 17-7, a 2014 Sun Belt Conference title, and the school’s first-ever NCAA postseason bowl game with their berth in the 2015 GoDaddy.com Bowl. Fritz has also been a Head Coach at Sam Houston State (2010-13), Central Missouri (1997-09), and Blinn College (1993-96). Additionally, he has been the role of an assistant at Sam Houston State (1991-92, 1984-85), Coffeyville Community College (1987-90), Willis HS (Tex.) (1986), Shawnee Mission Northwest HS (Kan.) (1983), and Pittsburg State (1982).