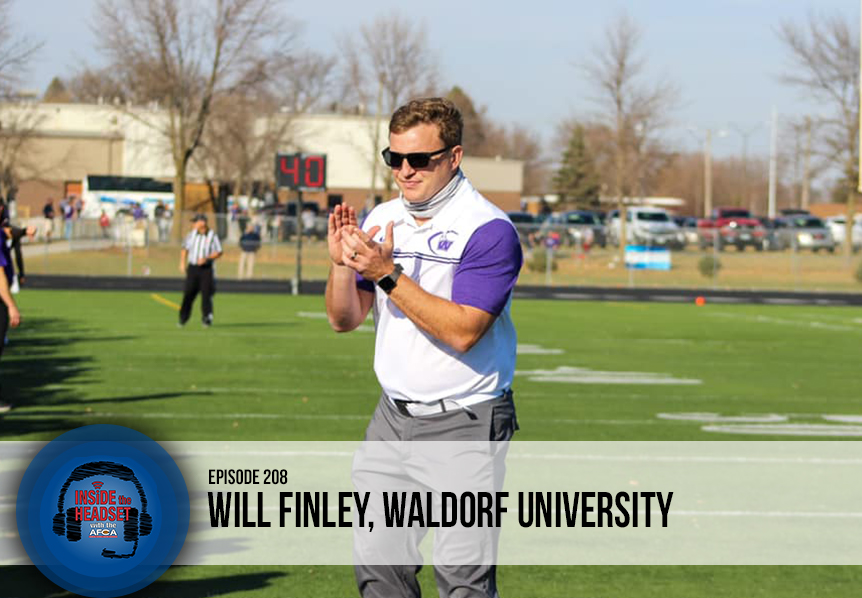 This week on Inside the Headset, we are featuring Waldorf University Head Coach, Will Finley. Coach Finley shares his plan for handling adversity, highlights the importance of building a strong coaching staff, and explains his motivations that drive his passion for coaching.

Will Finley became the head coach for the Warriors in the spring of 2020 after spending one season as the assistant head coach and defensive coordinator. In his first season as the Warriors head coach, Finley led Waldorf to a 6-3 record overall and in NSAA play, good for a third-place finish in the standings. Coach Finley was also named to the 35 Under 35 Coaches Leadership Institute by the AFCA. Coach Finley’s team earned a season-best ranking of No. 24 in the NAIAFBALL Top 25 poll, landed 17 players on the NSAA All-Conference Teams and 1 player the first 1st Team All-American honors in program history. As defensive coordinator in 2019, his first season on the Waldorf staff, Coach Finley helped the team to a 7-3 overall record and the program’s first NAIA Top 25 ranking as Waldorf finished the season No. 23 in the nation.