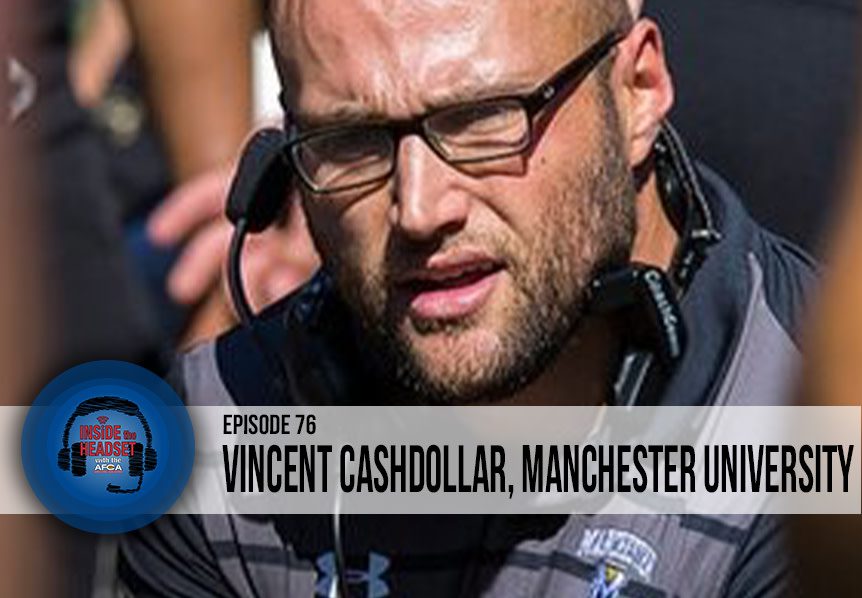 This week on Inside the Headset, we speak with Vincent Cashdollar, the offensive coordinator for Manchester University. We discuss his offensive philosophy, how he balances coaching the offensive line while serving as the OC, and his commitment to professional development in the offseason.

Coach Cashdollar’s career began in 2008 as a quality control coach on Frank Solich’s staff at Ohio University (2008-2009). He then became a graduate assistant for Bill Stewart and later Dana Holgorsen at West Virginia University (2010-2012). Cashdollar joined Manchester University’s staff in 2013 as the offensive line coach, and he was promoted to offensive coordinator in 2016. He also serves as the recruiting coordinator.