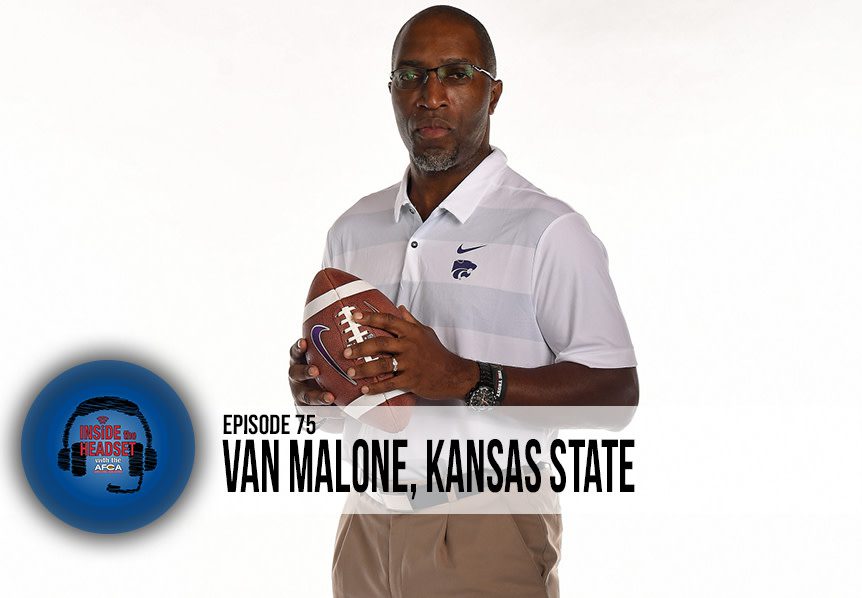 This week on Inside the Headset, we speak with Kansas State Cornerbacks Coach Van Malone. We discuss how he builds relationships with players and other coaches, how he has navigated transitions throughout his career, and his commitment to balancing time with his family.

Coach Malone began his career at the high school level not long after retiring from the NFL in 1998, where he spent 1994-1997 with the Detroit Lions, and he played collegiately at the University of Texas from 1989-1993. His first job was at his alma mater, Waltrip HS (TX), as an assistant from 1999-2002, and he jumped to the collegiate level as a restricted-earnings wide receiver coach at North Dakota State University in 2003. Malone went on to coach cornerbacks and special teams at Western Michigan (2004) and North Texas (2005) before landing at Texas A&M to work with the defensive backs (2006-2009). After coaching the secondary at Tulsa (2010-2011) and Oklahoma State (2012-2014), he received his first defensive coordinator position at SMU (2015-2017). Malone spent the 2018 season at Mississippi State as a defensive analyst, and he joined the Kansas State staff this offseason as cornerbacks coach.