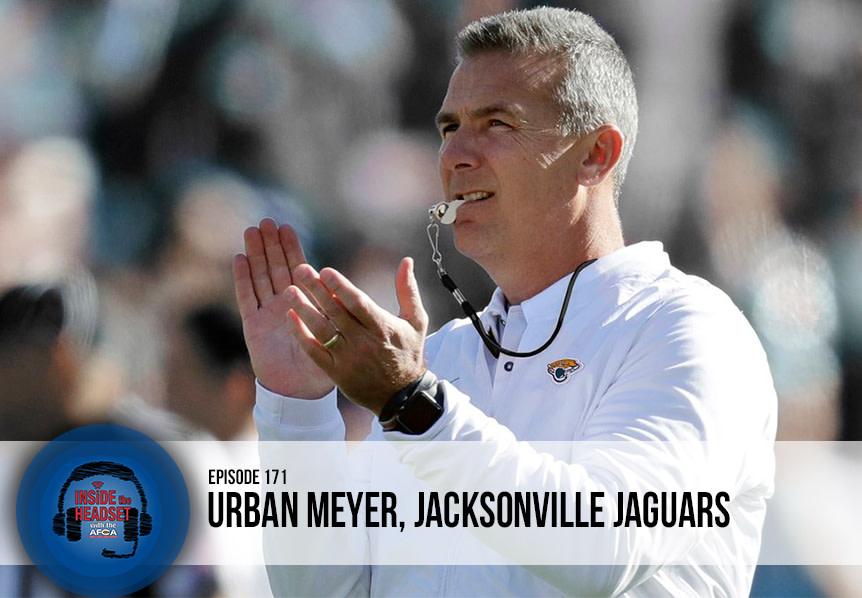 This week on Inside the Headset, we are featuring the Jacksonville Jaguars’ newly hired Head Coach, Urban Meyer’s general session from the 2021 Virtual AFCA Convention. Coach Meyer shares the significance of learning performance cause and effect, discusses two courses of action for improvement, and highlights the ultimate work environment.

Urban Meyer joined the NFL’s Jacksonville Jaguars after spending two years (2019-21) as the Assistant Athletics Director for Athletics Initiatives and Relations at Ohio State University. Prior to taking on an administrative role, Meyer served as the head coach at OSU. The Buckeyes won the inaugural College Football Playoff national championship in 2014 and won Big Ten Conference titles in 2014, 2017, and 2018. Prior to Ohio State, Meyer was the head coach at the University of Florida, where he guided the Gators to a pair of BCS National Championship victories in 2006 and 2008.