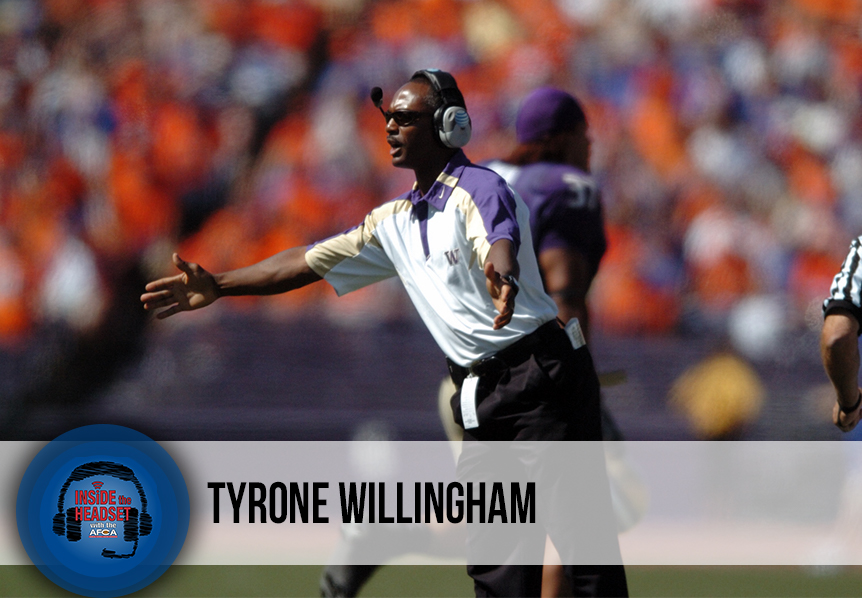 This week on Inside the Headset, we are featuring longtime Division I Head Coach, Tyrone Willingham. Coach Willingham shares his thoughts on how representation can be better achieved in the coaching world, details his experience working for the College Football Playoff, and highlights what he valued during his time as the President of the AFCA.

Tyrone Willingham’s successful coaching career stretched over 30 years and had stops all across the country. After serving as an assistant coach at schools including Central Michigan, Michigan St., North Carolina St., and Rice, Coach Willingham earned his first head coaching job with the Stanford Cardinal in 1995. During his seven years at Stanford, Coach Willingham brought unprecedented success to a program that struggled in the then Pac-10. Coach Willingham lead the Cardinal to their first outright conference championship in 29 years which resulted in a trip to the Rose Bowl.