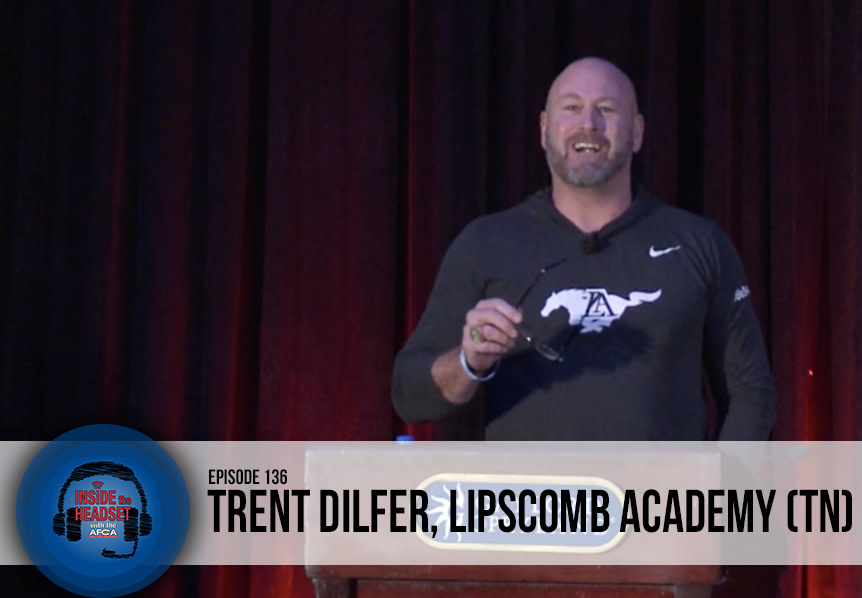 This week on Inside the Headset, we are featuring Super Bowl XXXV champion, and current Lipscomb Academy Head Coach, Trent Dilfer’s session from the 2020 AFCA Convention. Coach Dilfer discusses the importance of developing pros, the concept of thermostat leadership, and the significance of Energy, Effort, Attitude, and Focus.

Trent Dilfer led the Baltimore Ravens to a Super Bowl championship in 2000 and was a lead analyst for a variety of ESPN programs. The 14-year NFL veteran joined ESPN in July 2008. Dilfer played for five teams during his career, including the Tampa Bay Buccaneers (1994-99), Baltimore Ravens (2000), Seattle Seahawks (2001-04), Cleveland Browns (2005), and San Francisco 49ers (2006-2007). Dilfer led the Ravens to a 34-7 victory over the Giants in Super Bowl XXXV. The 1997 Pro Bowl selection finished his career with 20,518 passing yards. Dilfer was the sixth overall pick by the Buccaneers in the 1994 NFL Draft out of Fresno State University.