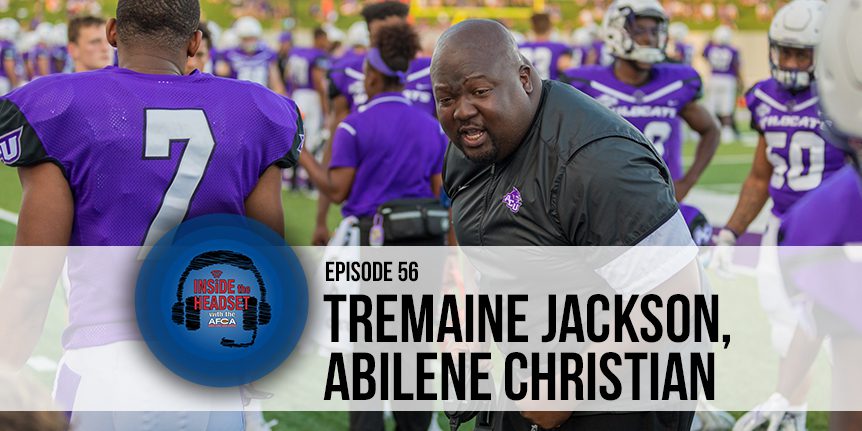 On this week’s episode of Inside the Headset we speak with Tremaine Jackson, defensive coordinator for Abilene Christian University. We discuss how he has built a culture for the defense, including their mission statement, and about his defensive philosophy and approach to game planning.