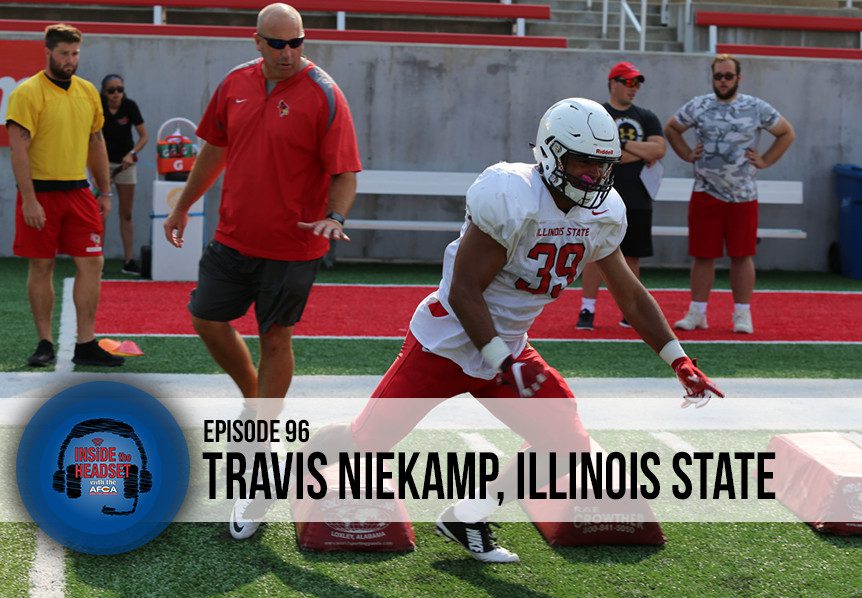 This week on Inside the Headset we speak with Travis Niekamp, Defensive Coordinator for Illinois State University. We discuss the transformation of the Illinois State football program, his development as a coach on both sides of the ball, and how he strives to prioritize his family while also being a coach.