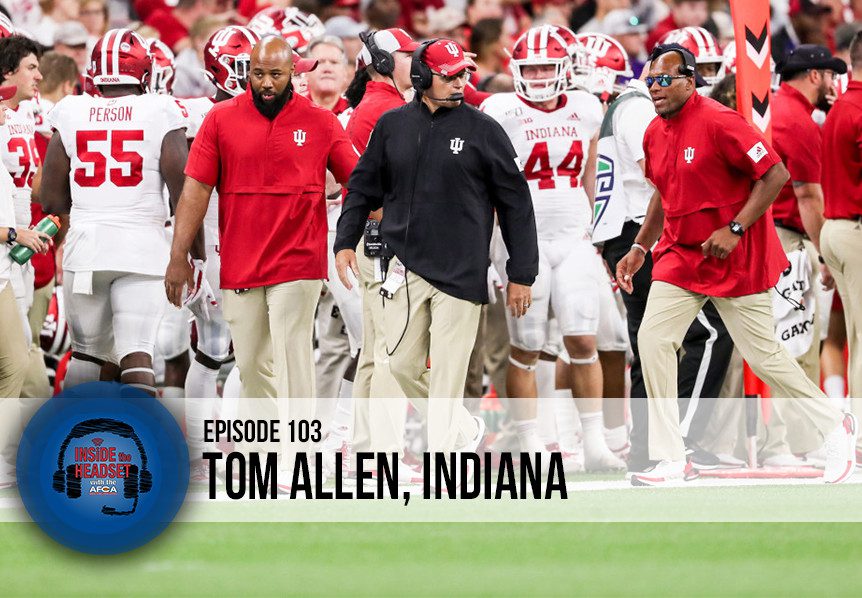 This week on Inside the Headset we speak with Tom Allen, Head Coach for Indiana University. We discuss his journey from high school assistant to head coach for the Hoosiers in the Big Ten.