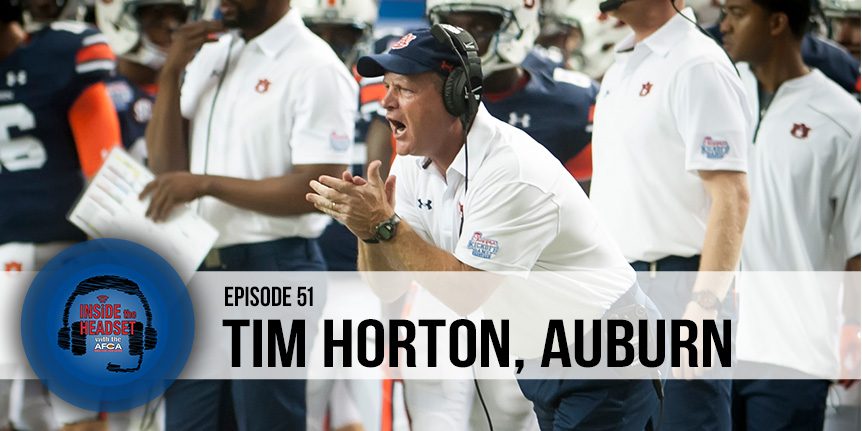 On this week’s episode of Inside the Headset we speak with Tim Horton, Running Backs Coach and Recruiting Coordinator for Auburn University, and we discuss producing successful running backs, joining the coaching staff of a former player, and finding balance in life as a collegiate football coach.

Tim Horton’s coaching career began immediately after his playing days at the University of Arkansas finished, and he joined the staff at Appalachian State University as an assistant coach in 1990. After nine seasons with the Mountaineers, he joined Fisher DeBerry’s staff at the Air Force Academy in 1999 as a wide receivers coach (1999-2004) before switching to running backs in 2005. In 2006, Coach Horton went to Kansas State to work with the running backs, and in 2007 he returned to the University of Arkansas, where he helped produce four different 1,000 yard rushers in six seasons (2007-2012). Coach Horton was named the running backs coach at Auburn University in 2013.