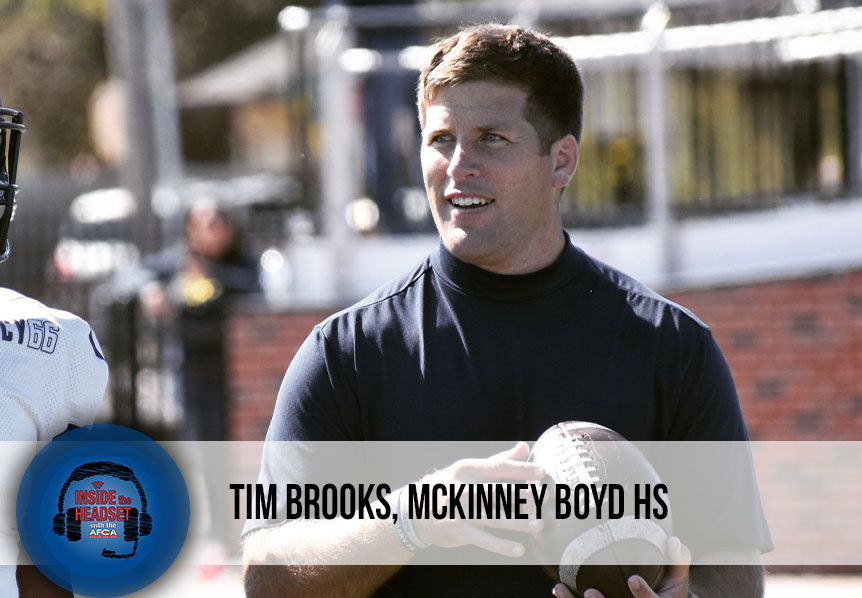 This week on Inside the Headset, we are featuring McKinney Boyd High School’s assistant coach, Tim Brooks. Coach Brooks describes his coaching path, shares his coaching philosophy, and talks about his experiences with the AFCA’s 30 Under 30.

Tim Brooks is an assistant coach at McKinney Boyd High School. Prior to coaching high school Coach McKinney was the defensive coordinator at University of Saint Mary and a defensive backs graduate assistant at Texas A&M Commerce. Coach Brooks was a part of a record setting team at Saint Marys and developed a strong defensive coaching philosophy there. In 2017 Coach Brooks was also named to the AFCAs 30 Under 30.

[7:50] How did you become a defensive coordinator?

[12:05] What prompted the move to high school coaching from college coaching?

[15:24] Being successful with the changing talent you have each season

[17:36] Coaching Philosophy + Developing as a coach