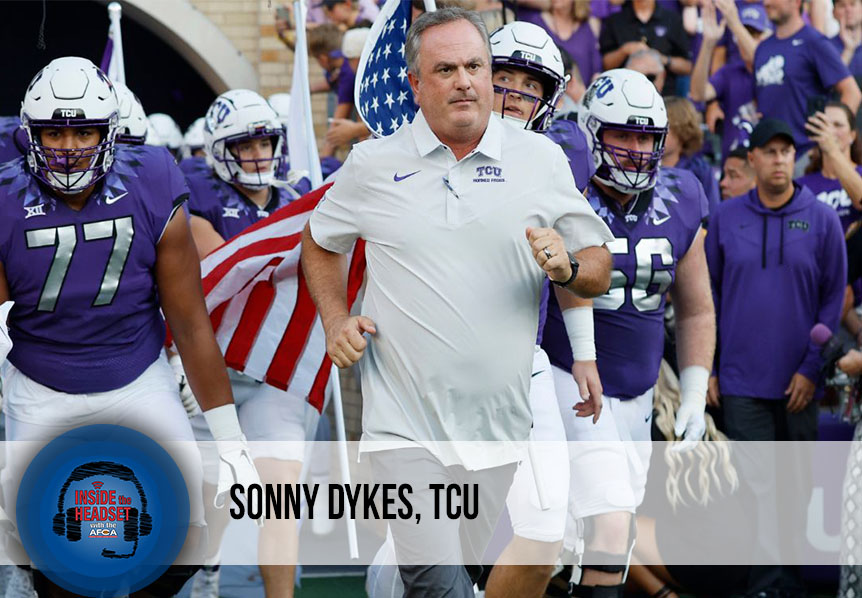 This week on Inside the Headset, we are featuring Sonny Dykes, head coach at TCU, the #3 seed in the 2023 College Football Playoff! Coach Dykes discusses his coaching path, recruiting philosophy, and some keys to building a winning program.

Coach Dykes was named head coach at TCU on November 30, 2021, after 4 successful seasons at SMU. He has worked with reputable coaches such as Hal Mumme and Mike Leach. In 2006, Dykes received the Mike Campbell Top Assistant Coach Award from the American Football Coaches Association. Coach Dykes is now leading his 12-1 Horned Frogs into the College Football Playoff in his first year as Head Coach at TCU.

2:10 How I got started in coaching

4:55 Starting at Kentucky with Hal Mumme and Mike Leach

6:55 Keys to being successful in this business

12:30 Staff alignment in your program

26:50 Addressing problems in your team

30:24 Be involved with your support staff

32:15 Be adaptable and build your culture constantly