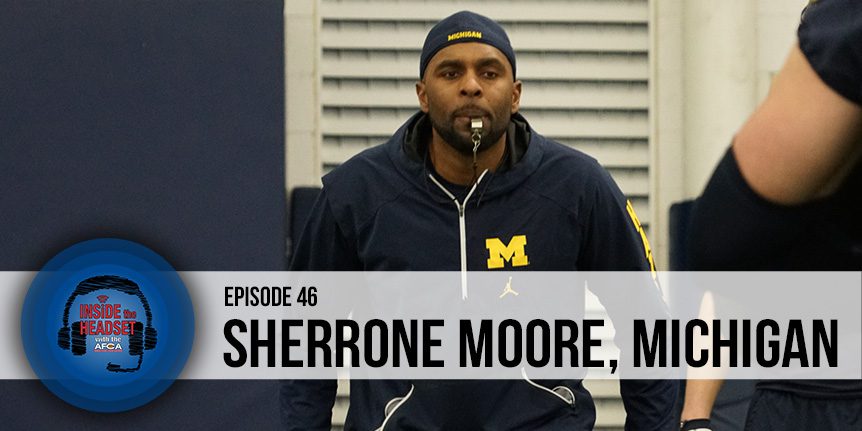 On this week’s episode of Inside the Headset, we speak with University of Michigan Tight Ends Coach Sherrone Moore about how he has developed as a young coach, his coaching philosophy for the tight end position, and his involvement in some of the craziest comebacks in college football history.

Moore’s career began as a graduate assistant working with the offensive line for the University of Louisville (2009-2011). He was eventually hired on to the staff full-time working with the tight ends for the 2012 and 2013 seasons. In 2014 he joined Central Michigan’s staff working with the tight ends, and in 2017 he added the titles of Assistant Head Coach and Recruiting Coordinator. Coach Moore was named the Tight Ends Coach for the University of Michigan this past January and is entering his first season with the Wolverines.