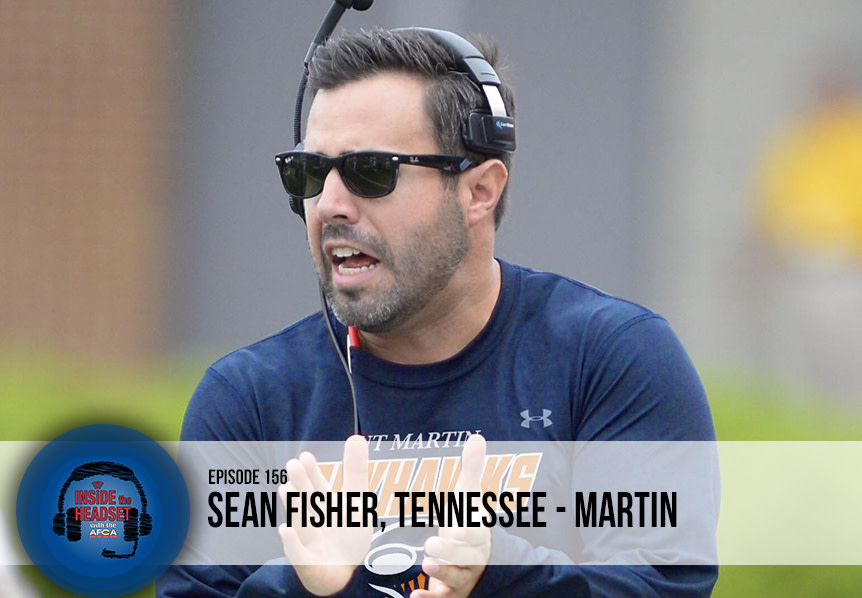 This week on Inside the Headset we are featuring University of Tennessee at Martin Running Backs Coach and Special Teams Coordinator, Sean Fisher. Coach Fisher shares some of his personal coaching experiences, highlights his keys to success, and talks about the importance of developing meaningful connections with players.

Sean Fisher joined the staff at UT Martin in 2019. Prior to working with the Skyhawks, Fisher served two seasons as an offensive quality control assistant at Indiana. Prior to his stint at Indiana, he spent one season (2016) coaching cornerbacks at Davidson, after coaching tight ends at James Madison in 2015. While at JMU, Fisher helped the Dukes to a 9-3 record, advancing to the second round of the FCS playoffs.

A native of Rootstown, Ohio, Fisher was a four-year letterman at Mount Union College, where he was part of two NCAA Division III National Championship teams, in 2005 and 2006, along with four conference championships as a quarterback.

Fisher was selected to the 2020 American Football Coaches Association 35 Under 35 Coaches Leadership Institute, a prestigious program aimed at identifying and developing premier, future leaders in the football coaching profession.