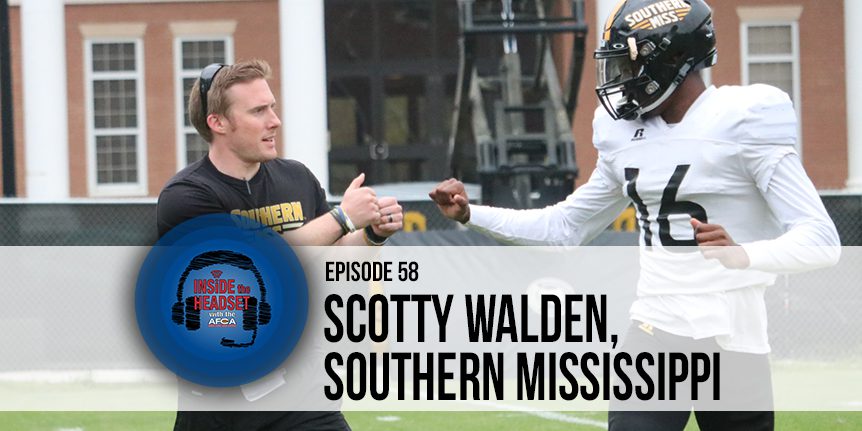 On this week’s episode of Inside the Headset we speak with Scotty Walden, receivers coach for the University of Southern Mississippi. We discuss how he became a collegiate play-caller while serving as a graduate assistant, some of the lessons he learned as a 26-year-old head coach, and his advice for young coaches.

Coach Walden’s career began at Sul Ross State as a graduate assistant in 2012. Before the season began, the offensive coordinator left, and the head coach handed Walden the reins to the offense as a 22 year old in his first year of coaching. After leading the NCAA in total yards and averaging almost 49 points per game that season, Coach Walden was named the offensive coordinator and quarterbacks coach at East Texas Baptist University (2013-2015). In 2016, he was named head coach at ETBU. Currently, Walden is in his second season coaching receivers at Southern Mississippi.

You can follow Scotty Walden on Twitter, send him an email, and read more about his time as a young head coach.